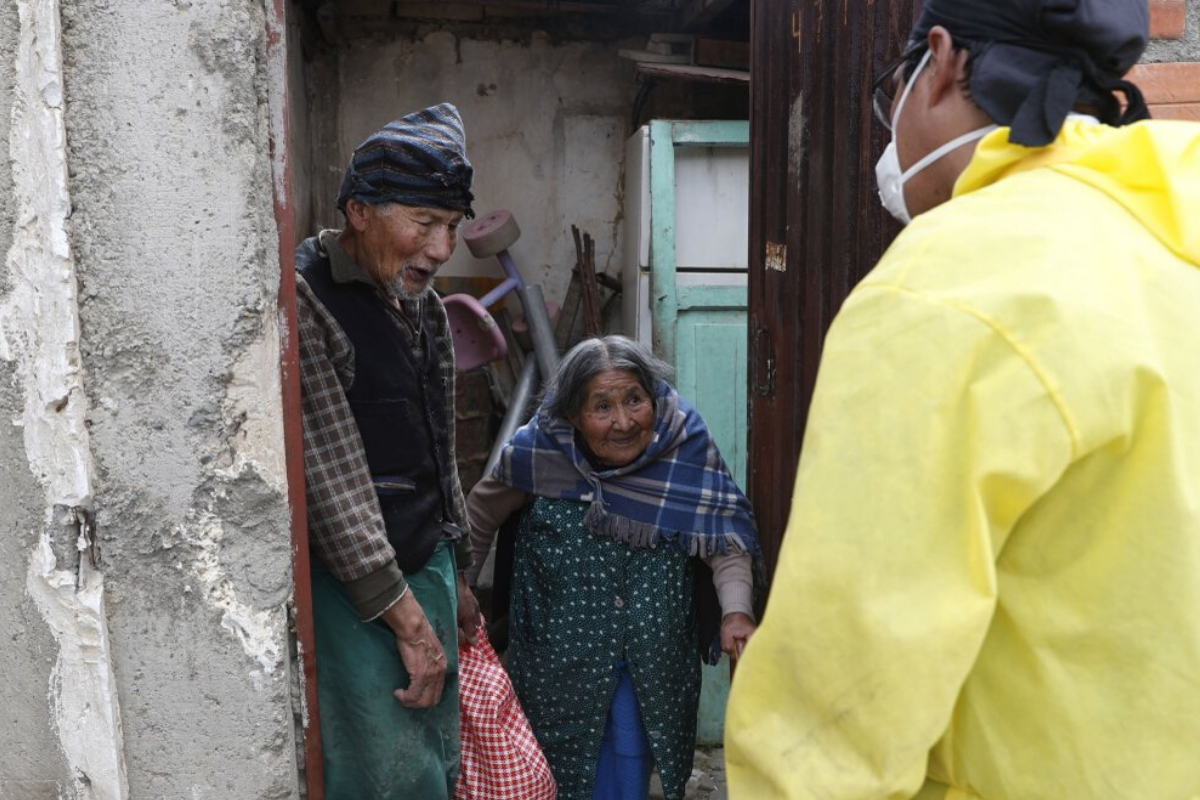 In this May 6, 2020 photo, 85-year-old Francisco Huayta and his wife, 93-year-old Guillermina Chumacero, speak with an "Adopt a Grandparent" volunteer after he delivered a bag of donated food to their home, in La Paz, Bolivia. (AP Photo/Juan Karita)

LA PAZ, Bolivia (AP) — Sergio Royela lived far from his parents in Bolivia and was concerned how they were faring in the quarantine imposed by interim President Jeanine Áñez to stop the spread of the coronavirus.

“So, I looked for a neighbor to help me and I did the same in my condominium and adopted another grandfather,” Royuela said.

Thus, a volunteer campaign was born. “Adopt a Grandparent” urges volunteers to help senior citizens if they need safe support. So far, about 20 young people have volunteered to help, said Royuela, who serves as the campaign coordinator.

For most people, the global pandemic causes mild or moderate symptoms but older adults and people with existing health problems have been particularly vulnerable.

In Bolivia, more than half of the 76 people confirmed to have been killed by the virus as of May 3 were elderly, according to health ministry data. For many elderly Bolivians, particularly those who are ill, it is difficult to shop for the basics and they are often far from their families.

That’s where the volunteers come in.

Royuela has been delivering food and words of encouragement to 97-year-old Oscar Gemio and 62-year-old Inés Urrelo, who live in a makeshift tent in a small wooded area of La Paz after losing their home in a landslide last year. He has advised them on following the health precautions, including keeping a safe distance from other people. 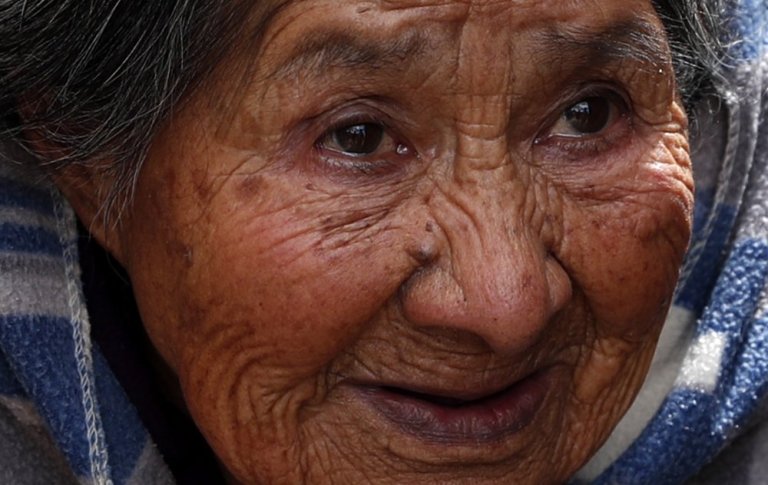 Word of the campaign is spreading. In a neighborhood south of La Paz, a 70-year-old woman knew that volunteer Ana Rosa Guzmán was helping her neighbor and called to donate rice, flour and other food so the younger woman could better support the grandfather who lives in a small room with his two daughters and a granddaughter.

“I was raised by my grandparents, who have already died,” said 30-year-old Guzmán. “For me, it is essential to have a grandfather in our lives and give them a better quality of life at these times when they need him.”

For some, the volunteer work hasn’t been about getting the elderly food, but helping them work through the bureaucracy.

About one million Bolivians, or nearly 10% of the population, are elderly. The government has arranged for aid packages for the elderly, but many poor Bolivians cannot collect them for various reasons. They include Dominga Aduviri, a La Paz resident who needs an identity document to collect the package.

Fortunately, 31-year-old architect Wilmer Gutiérrez has adopted Aduviri and he is determined to sort out her problems.

“Can you imagine getting old and nobody worries or even knows if you have an identity card?” Gutiérrez said.

While nonstop global news about the effects of the coronavirus have become commonplace, so, too, are the stories about the kindness of strangers and individuals who have sacrificed for others. “One Good Thing” is an AP continuing series reflecting these acts of kindness.