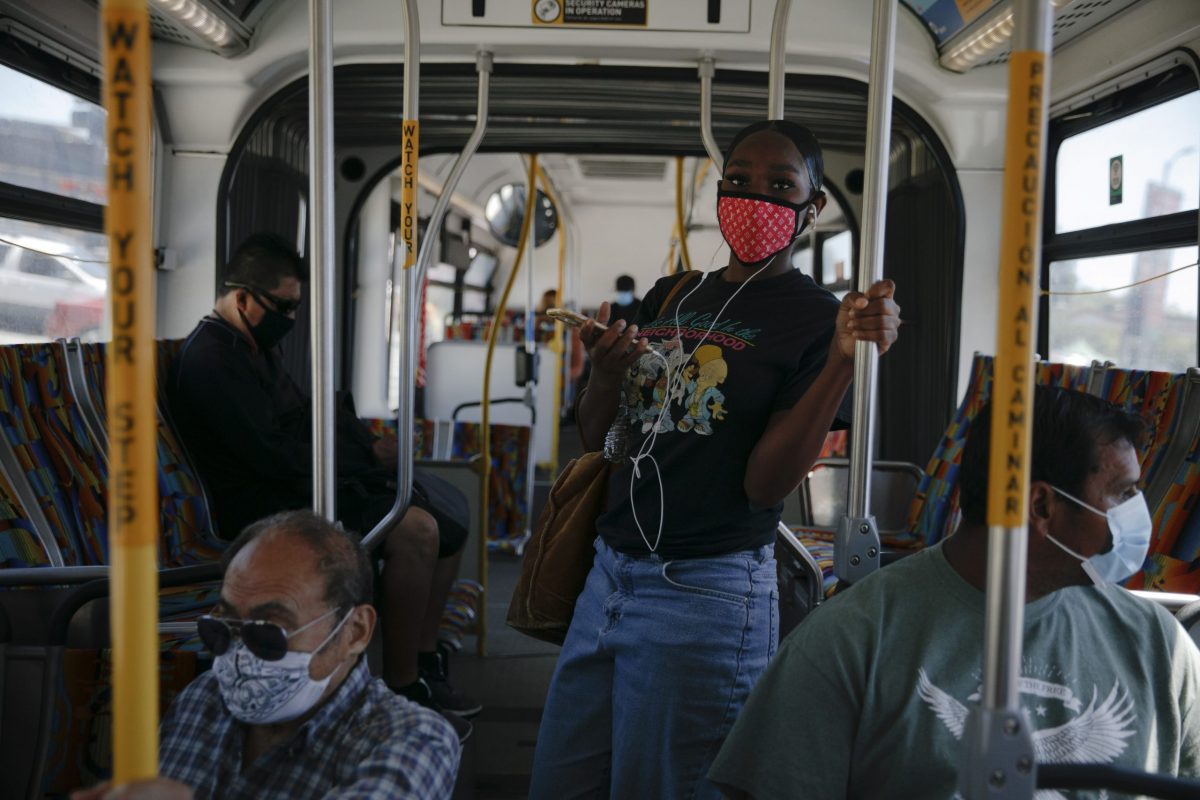 LOS ANGELES (AP) — While most of California welcomed more places to eat, shop and play this holiday weekend, Los Angeles did not join the party.

The nation’s most populous county is not planning to reopen more widely until the next summer holiday, July 4th, because it has a disproportionately large share of the state’s coronavirus cases and can’t meet even new, relaxed state standards for allowing additional businesses and recreational activities.

In recent days, death and hospitalization trends have improved, but on Friday the White House coronavirus response coordinator named LA as a region where spread of the virus is a concern. Dr. Deborah Birx asked the Centers for Disease Control and Prevention to help look into the source of new cases to help prevent future outbreaks.

Los Angeles is among a small number of California’s 58 counties that either have not sufficiently contained the virus to reopen more activities and commerce or, in the case of several San Francisco Bay Area counties, have chosen to move more slowly.

Density is at the heart of LA’s problem—in nursing homes that have recorded about half the county’s deaths and in some of the nation’s most tightly packed poor neighborhoods where Latino and African-Americans suffer a disproportionate number of infections and deaths.

Unlike compact New York City, which has been the nation’s coronavirus epicenter, Los Angeles and the surrounding county sprawl into suburbia and many communities of single-family homes. That lack of density, highest in wealthy areas, and reliance on cars as the main way to get around serve as shields from the virus.

But many in large inner-city swaths live an opposite reality. Multiple generations sometimes share an apartment. Essential low-wage workers don’t have the luxury to telecommute. Grocery stores and pharmacies are scarce and fewer people with cars means more rely on buses, rail, bicycles or getting a ride, all situations where they often can’t adequately separate themselves from others.

A study released Wednesday by the University of California, Los Angeles, found 40% of black people and Latinos reside in neighborhoods where those living conditions make them more susceptible to getting infected or transmitting the virus.

“It just builds on the vulnerability of these residents and of these ethnic enclaves,” said Sonja Diaz, co-author of the report and director of the UCLA Latino Policy & Politics Initiative. “They’re least equipped to deal with this virus because now they live in neighborhoods where they can’t stay at home and practice physical distancing, they’re hardest hit economically and then they’re not getting relief and recovery benefits.”

Jesus Ramirez spent the past two months hunkered down in a one-bedroom apartment with his parents and brother in South Los Angeles, where the UCLA study highlighted 12 of the 15 neighborhoods most at risk.

Neighbors haven’t always kept their distance when retrieving mail, and many didn’t follow the city’s now mandatory mask policy. Unlike parts of town where people could get outside for exercise, Ramirez didn’t feel safe going to nearby Martin Luther King Jr. Park because it is dominated by gang members, prostitutes, and homeless people.

Ramirez was driving to a fine-dining restaurant where he was cooking meals for takeout and for hospice patients. He planned to pick up a coworker to help the colleague avoid the risk of infection on a bus.

“It’s a scary time. I have a lot of anxiety,” Ramirez said, noting he had hand sanitizer and he and his colleague would be wearings masks. “If they get sick, I get sick. We’re doing our part minimizing our contacts with anyone outside work. They’re now part of our family just like we don’t want to get our parents sick.”

About half of the county’s deaths are in other places where people often are in close contact — nursing homes and other facilities that care for the elderly and incapacitated.

For most people, the coronavirus causes mild or moderate symptoms, such as fever and cough, that clear in two to three weeks. But for others, especially older adults and people with existing health problems, it can cause more severe illness, including pneumonia, and death.

Los Angeles has far more nursing homes —388— than any other county in the state. San Diego, the state’s second-most populous county with about a third of LA’s population, has about one-fifth as many nursing homes.

Barbara Ferrer, public health director for Los Angeles County, who somberly provides COVID-19 statistics at daily briefings recently said the death rates by race and class were “concerning.” People living in areas of high poverty were dying at four times the rate of those in communities of low poverty.

It didn’t always look this way. Earlier in the outbreak, as Northern California was harder hit, cases in Los Angeles began to appear in larger numbers in richer parts of town, particularly those closer to the coast. Beverly Hills, Bel Air and Brentwood all had relatively high numbers.

“LA had sort of a distorted picture in the beginning of who was infected,” said Karin Michels, a UCLA epidemiology professor. “The wealthier people were able to get the test kits. So it seemed like there was more disease among the wealthy.”

As testing increased, the concentration of cases seemed to shift back toward downtown LA, where some of the neighborhoods have large populations of immigrants.

Many are self-employed and don’t have health insurance. Lack of health care means conditions such as diabetes, asthma or heart disease go untreated and leave people more vulnerable to the consequences of the coronavirus, said Michael Cousineau, a professor of preventative medicine at University of Southern California.

“This is not a new phenomenon,” Cousineau said. “This has just really exposed that in a more dramatic way. I think that’s probably been the most significant impact of COVID-19, seeing the exacerbation of these disparities.”

At first, families requested help getting Wi-Fi or computers so their children could attend class remotely. Low-wage workers lost employment or had hours cut. Those who had to work risked unwittingly transmitting the virus to family members back home but couldn’t initially get tested unless they showed symptoms or were elderly.

The area is considered a “food desert” because it lacks supermarkets, though there are plenty of convenience stores selling junk food and liquor stores and smoke shops.

The virus, Johnson said, has highlighted inequities that have long existed, such as a lack of health care and healthy food.

“Our community is so severely impacted because of the pre-existing conditions of systemic racism,” Johnson said. “We’re seeing higher rates of infection in black communities because of that underlying condition.”