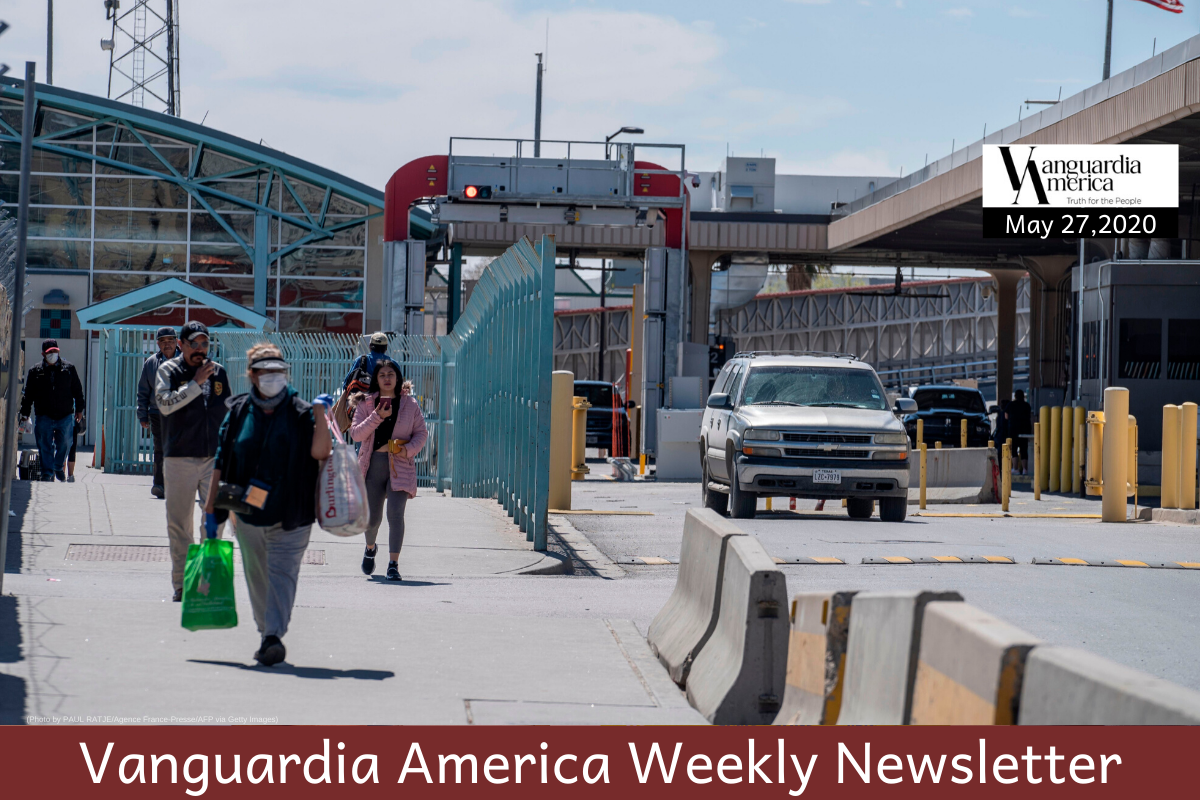 Claiming it is protecting the U.S. against COVID-19-related health risks, the Trump Administration is using a Centers for Diseases and Control warning to effectively ban all asylum requests at the Southwest border. The American Civil Liberties Union is condemning the administration’s  “indefinite extension of its order allowing for the deportation of thousands of migrants,” including hundreds of children, in some cases without notifying parents.

“These now indefinite restrictions have nothing to do with curbing the spread of COVID-19,” said Andrea Flores, deputy director of immigration policy for the ACLU, in a statement. “[Trump] is hellbent on exploiting a public health crisis to achieve his long-held goal of ending asylum at the border.”

Flores and other critics of President Trump’s immigration agenda say his administration is taking advantage of the pandemic to implement its hard-right stance against asylum seekers from Central American and other nations he regards as undesirable.

ProPublica reports that even as the U.S. responds to the coronavirus, “the U.S. government has aggressively begun to rush the deportations of some of the most vulnerable migrant children in its care to countries where they have been raped, beaten or had a parent killed.”

Families Belong Together, a national coalition of immigrants rights organizations, has accused U.S. Immigration and Customs Enforcement (ICE) of trying to launch a “Family Separation 2.0” program, a reference to the Trump Administration’s controversial and purportedly suspended policy of separating migrant children from their parents when families are detained at the border.

In early May, CBS News reported, “Acting Homeland Security Secretary Chad Wolf said migrants arriving at the Mexico border would immediately be returned to Mexico or Canada or quickly deported to their home countries,” based on what he said were warnings issued by the Centers for Disease Control and Prevention. Critics say the practice is illegal.

The U.S. has banned flights from Brazil, which now has “the second-highest number of reported COVID-19 cases in the world,” overtaking Russia for the No. 2 coronavirus hotspot in the world, the New York Times reports.

Like President Trump, Brazil’s President Jair Bolsonaro has largely ignored the warnings of health experts about COVID-19 and is now insisting the country reopen all businesses.

Brazil is rapidly approaching 400,000 confirmed coronavirus cases and more than 25,000 deaths. A University of Washington study predicts Brazil’s death toll from the virus could top 125,000 by August.

In Mexico, nearly 75,000 cases of the coronavirus have been confirmed, along with more than 8,000 deaths. In a televised speech Sunday, President Andres Manuel Lopez Obrador said because of the coronavirus “a million jobs will be lost.”

Elsewhere in Latin America, “Peru and Chile rank among the hardest-hit countries in the world in terms of infections per capita, around 1 in 300,” according to the Times.

The World Health Organization is warning of the virus’ rapid spread in El Salvador, Guatemala and Nicaragua. And in Ecuador, where bodies have been found abandoned on the sidewalk, more than 37,000 cases of COVID-19 and some 3,200 deaths have been confirmed, according to the latest tally by John Hopkins University.

On Monday, more than 2,000 Ecuadorans marched to protest wage and job cuts tied to the government’s response to COVID-19’s rapid spread.

Former U.S. Housing Secretary Julián Castro has joined Voto Latino as a senior advisor to help get out the Latino vote in November’s general election.

Voto Latino, led by Maria Teresa Kumar, has endorsed former Vice President Joe Biden to be the Democratic nominee for president. Castro dropped out of the presidential race in early January, but has yet to endorse Biden.

“I wanted to join forces with an organization that has an unparalleled record of actually registering and mobilizing Latinos, particularly young Latinos,” Castro told Politico, adding that he also plans to create a political action committee aimed at backing young, progressive candidates in battleground states.

In a wide-ranging podcast interview, Henry Muñoz, III talks to Vanguardia America’s Editor & Publisher James E. Garcia about a new Latino Decisions survey commissioned by SOMOS, UnidosUS and MoveOn regarding the impact of COVID-19 on Latinos, Muñoz’s approach to activism, his work as a member of the Democratic National Committee, and the prospects of former Vice President Joe Biden selecting a Latina running mate.

LULAC And Univision News To Host ‘Together With Puerto Rico,” A Virtual Town Hall

The League of United Latin American Citizens (LULAC) will host a virtual town hall on how Puerto Rico has been impacted by COVID-19 and needed efforts to include funding for the island in the next congressional stimulus package. The event is scheduled for Tuesday, June 2, at 7 p.m. E.T.