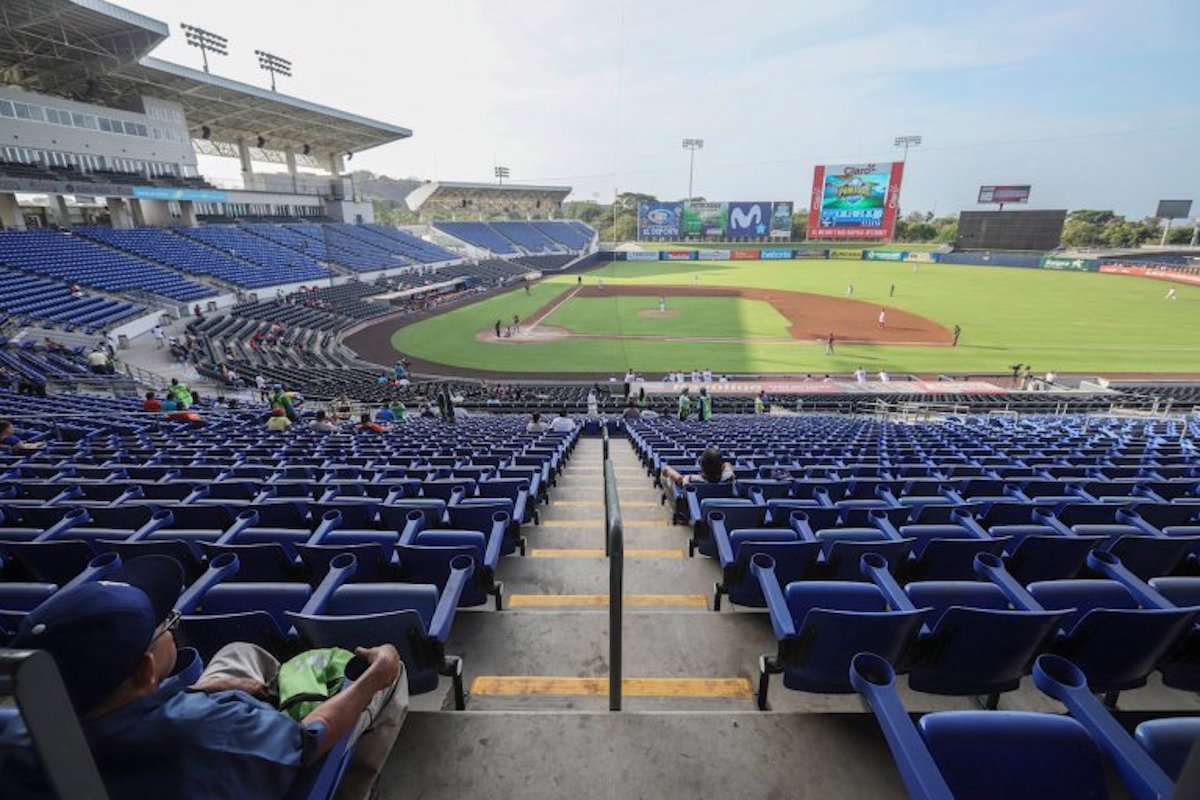 MANAGUA, Nicaragua (AP) — As the new coronavirus spread and economies shut across Latin America, Nicaragua stayed open. Schools, stores, concert halls and baseball stadiums, all operating uninterrupted on orders of a government that denied the gravity of the disease.

On a road trip last month, the San Fernando Beasts of the Nicaraguan Professional Baseball League played a full schedule with fans in the stands and no personal protective equipment.

Then, during a May 16 game in the capital, Managua, manager Norman Cardoze Sr. and coach Carlos Aranda felt sick. Cardoze’s son Norman Jr., the team’s star slugger, was so weak and achy he didn’t play. Within two days all three men were hospitalized. The Cardoze father and son, who tested positive for the virus, spent a week in the hospital. Aranda, 58, arrived there unconscious, was not tested and died. Eight other players quarantined at home.

For a country that has refused to acknowledge the severity of the coronavirus, the death of a well-known sports figure and infection of two others was a powerful wake-up call.

Nicaragua’s Sandinista government has been trying to ignore and even actively obscure the impact of COVID-19 on baseball by threatening bans from the sport for those who refused to play. But so many players refused to take the field after Aranda died May 21 that the league was forced to suspend the playoffs that same day, first until June 5 and then until June 26. The national league has said only that it suspended the playoffs “at teams’ request.”

Nicaragua’s government has reported more than 1,100 confirmed infections and 46 COVID-19 deaths, numbers that it now shares only weekly. But Nicaraguan activists, opposition figures and international health officials have been pressuring President Daniel Ortega to acknowledge the true toll of the disease, obscured by a lack of testing and “express burials’’ of people suspected to have had COVID-19. Ortega’s critics have also demanded tougher measures against the disease in line with those of other countries in the region.

On Friday, U.S. Ambassador Kevin Sullivan said via Twitter that the virus is spreading in Nicaragua, affecting everyone, including U.S. citizens and diplomats. He urged people to self-quarantine and go out as little as possible.

While the government is unyielding, the cancellation of baseball in Nicaragua is adding to the pressure, offering the country’s 6.4 million people a daily reminder that the disease is present.

“I didn’t think the situation was that serious and I was always going to the stadium,” said Eliécer López, a 27-year-old construction worker from Masaya, the Beasts’ hometown. “Now I think the suspension (of the season) was the best thing they could have done,” said López, adding that he knows six people who have died of suspected infections in recent weeks and two of his friends are hospitalized.

“It’s not easy to see people suffocating and die right there,” said Cardoze Sr., a 48-year-old Hall of Fame manager. “In just my room like 10 died. And from there we listened to the hammering… whack, whack, whack… the coffins they were nailing shut in the other room.”

At the Cardoze home, Fátima Ruiz monitors her husband’s and son’s recovery. She was infected too, but her son, 29, continues to be the weakest. She cooks them iguana soup to strengthen their immune systems and fumes that the season was allowed to continue.

Aranda’s death “could have been avoided if they had suspended the games in time,” she said. “No one from the team was careful, they didn’t use masks, they didn’t pay attention to it. I think they were all too trusting because they saw that games kept being played as if there was nothing.”

Photos from the final game in Bonanza show fans in the stands and no one wearing masks. At the May 17 doubleheader that the Cardozes and Aranda missed, several players wore masks. Earlier in the epidemic, players who had said they wanted to wear masks or stop playing were threatened with bans from the game. Attendance dwindled in Managua, but in more far-flung parts of the country fans still thronged to the stadiums.

“His sister told me she had advised him to stop going to games, but he answered that he had to go, because they had warned him that if he didn’t show up he’d lose his salary and he’d be banned from baseball for two years,” said the elder Aranda.

A nongovernmental effort to track the epidemic called Citizen Observatory counted nearly 1,000 deaths due to pneumonia or suspected COVID-19 through May 23 and some 4,200 infections.

The Pan-American Health Organization continues to urge the government to immediately implement social distancing measures to slow the virus’ spread and says that the government recently shared information for the first time allowing it to conclude there is local spread in the country.

That is not something the government has said publicly, but the number of sick and the “express burials” of those who perish have become more difficult to hide.

“He was my coach and I saw him die,” Cardoze Sr. said of Aranda. “I don’t desire that for anyone.”

“They say that they don’t die from the virus, but every once in awhile we saw the sick pass on stretchers, suffocating,” he said. “And then coffins and more coffins went by. I watched the bodies lying there when they wrapped them in plastic, they tied them with knots at their feet and head and sealed the caskets with nails. What else could it be?”

Aranda’s father said he has no doubt his son died of COVID-19, saying he was healthy and “didn’t suffer from anything.” But when he returned from that road trip, Aranda complained of pains in his body and an exhaustion that made it difficult to breathe.

“The hospital called us before dawn and told us my uncle Carlos had died and that we had to bury him immediately,” said the coach’s nephew, Tommy Aranda. “We went then to buy the casket and we had to go ourselves to dig the grave.”

“We didn’t get anything more than gloves because the hospital was pressuring us to get him out of there fast,” Tommy Aranda said. “We were digging the grave until 5 a.m.”

But when they got to the hospital there was a problem.

“They asked for my uncle’s identification and when they saw the photo they told us they had made a mistake, that they had given us another body … they took the casket back into the hospital and returned it to us all poorly nailed shut, cracked, looking so sad,” Tommy Aranda said.

Cardoze Sr. and Aranda’s father agree that there’s no way teams should return to the field until the epidemic is over.

“We’re like the circus clowns, while a ton of people without heart or conscience are risking the lives of the players and the fans,” Carlos Aranda Sr. said.