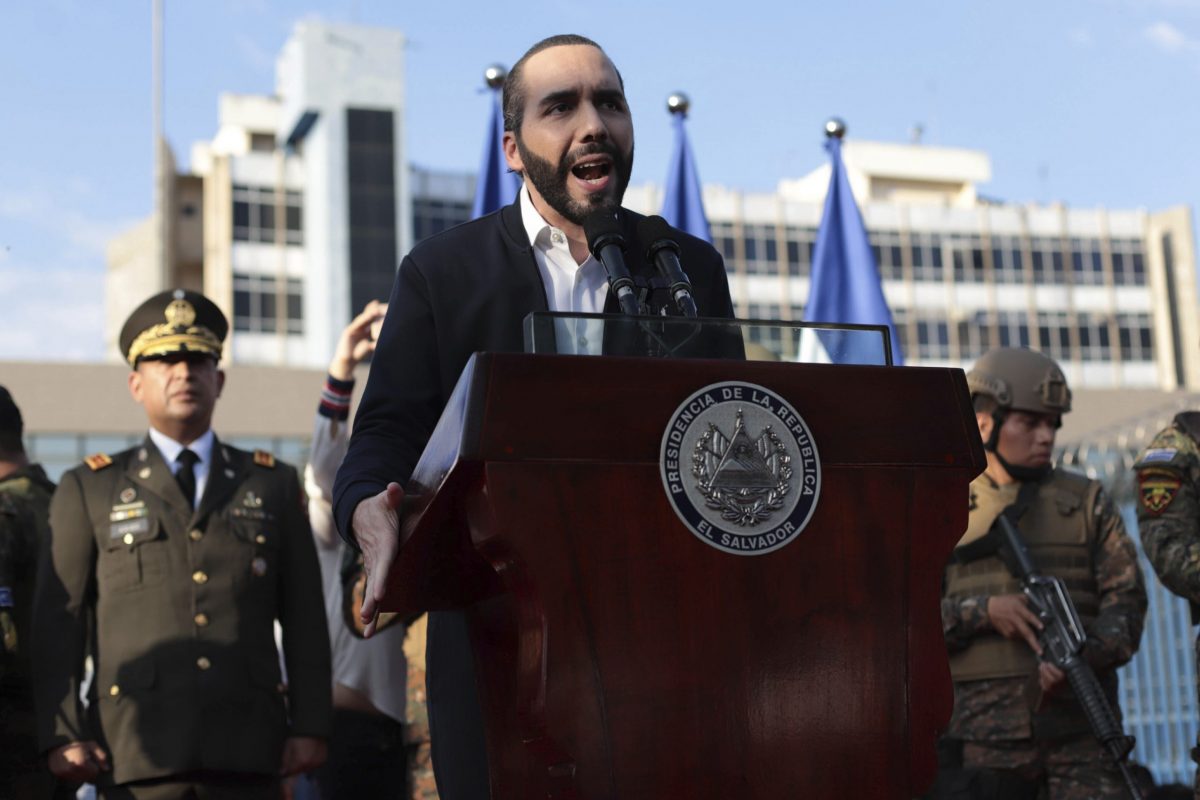 The court suspended its ruling late Monday for four days to allow the Legislative Assembly to pass legislation that would give the government decree a legal foundation. But Bukele lashed out on Twitter early Tuesday, saying, “The court has just ordered us to murder dozens of thousands of Salvadorans within five days.”

Bukele has clashed repeatedly with the court and Legislative Assembly over his aggressive measures to slow the spread of the novel coronavirus. He has used the military and police to keep people off the streets for months. The president’s popularity and approval for his handling of the crisis remain impressively high, giving him little incentive to heed complaints that he is trampling the constitution.

In question this time is the Health Ministry’s decree June 3 that extended the obligatory home quarantine to June 15. Residents are only allowed to leave to buy food at times determined by their national ID number.

The court decision said the Health Ministry does not have the power to suspend “fundmamental rights.” It said suspending the right to free movement is only legal under a state of exception, something that only the Legislative Assembly can approve.

“Now it turns out the Legislative Assembly and the constitutional chamber (of the Supreme Court) manage the emergency, they don’t need the Health Ministry anymore; by decree or resolution this pandemic is going to end … may God forgive them,” Conan Castro, the presidency’s legal adviser wrote on Twitter.

But Prosecutor General Raúl Melara, who is appointed by the Legislative Assembly, warned that authorities will act immediately against those who don’t obey the court’s decision.

“The court has spoken about the legality and effects of all the regulations emitted for the pandemic,” Melara said via Twitter. “Now our mission is to make sure no one disobeys the order; and if this occurs, act immediately against the offenders.”

He wrote that the Legislative Assembly and executive branch have the obligation to reach an agreement on a law that protects health and rights.

Bukele has defended the measures as necessary to fend off the virus and bashed the courts over their repeated interventions.

He said the “health system is closer and closer to collapse.”

The government has reported more than 3,000 confirmed infections and 58 deaths.