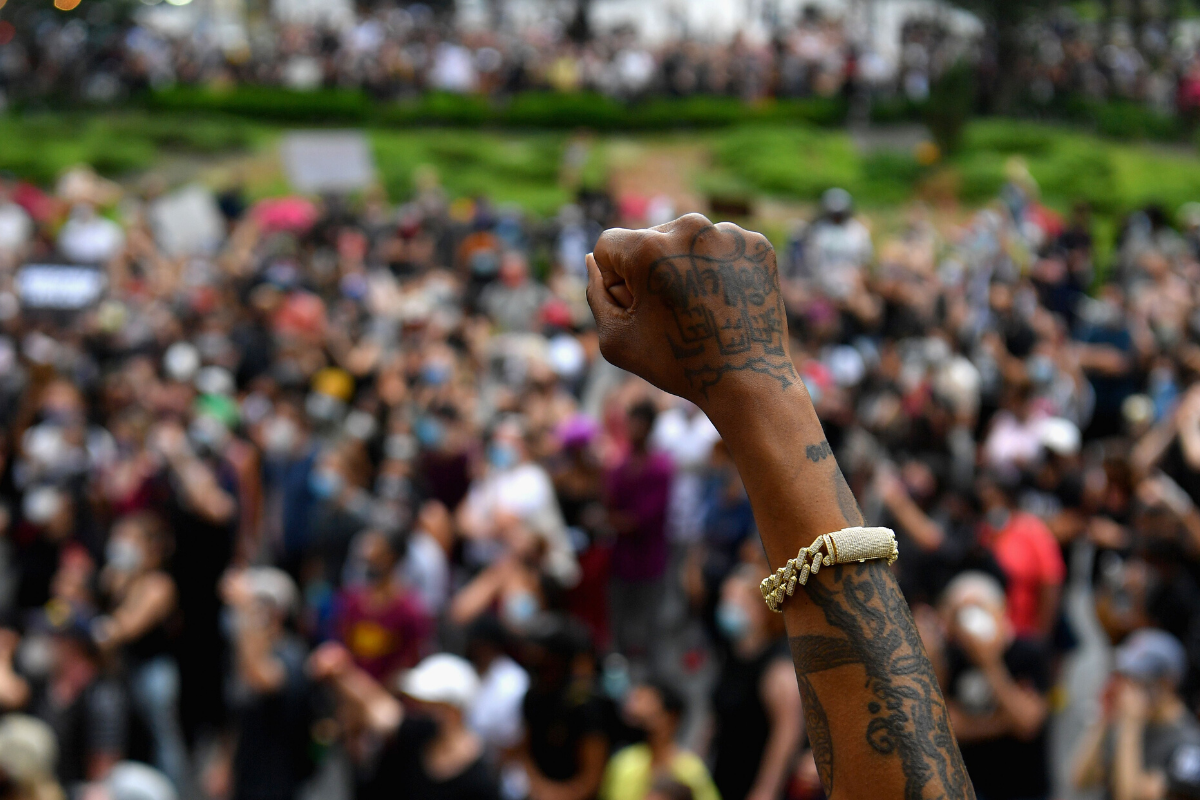 The killing of George Floyd sparked protests in all 50 states and abroad, many of which have continued for days after. As tens of thousands of protesters hit the streets, they called for justice for Floyd and a deep examination of the country’s system of policing, its legacy of racism, and its disproportionate use of violence against communities of color.

This is a moment in which many are also having crucial conversations about history, race, and anti-Blackness within their communities. Non-Black supporters, including Latinxs, are confronting the question of how to show up as helpful allies for the movement. For many Latinxs, that means grappling with how to hold these conversations with their loved ones, while a new generation of activists step up and speak out.

Derek Chauvin, the Minneapolis police officer who knelt on Floyd’s neck while he died, was eventually charged with second-degree murder, and the three other officers present were later charged with aiding and abetting him. But activists and communities continue to demand structural change, ranging from criminal justice reform to entirely abolishing prisons and police. As the search for solutions continues, protesters have called for defunding police forces, banning specific police procedures, increasing accountability over law enforcement, and investing in community health, housing, and education.

Afro-Puerto Rican activist, organizer, and scholar Rosa Clemente joined Latino USA to break down the systemic failures that led to these current protests. Clemente recently founded the Black-Latinx Organizing Project, a non-profit dedicated to combating anti-Blackness in the Latinx community. She has also established a Puerto Rican media collective centered on Afro-Puerto Rican narratives called PR On The Map, and she ran for vice president on the Green Party ticket in 2008.

In the first of several conversations Latino USA will be having about this moment, Clemente talked about the ongoing work in movements for racial justice, how the Latinx community can take action, and where we go from here.