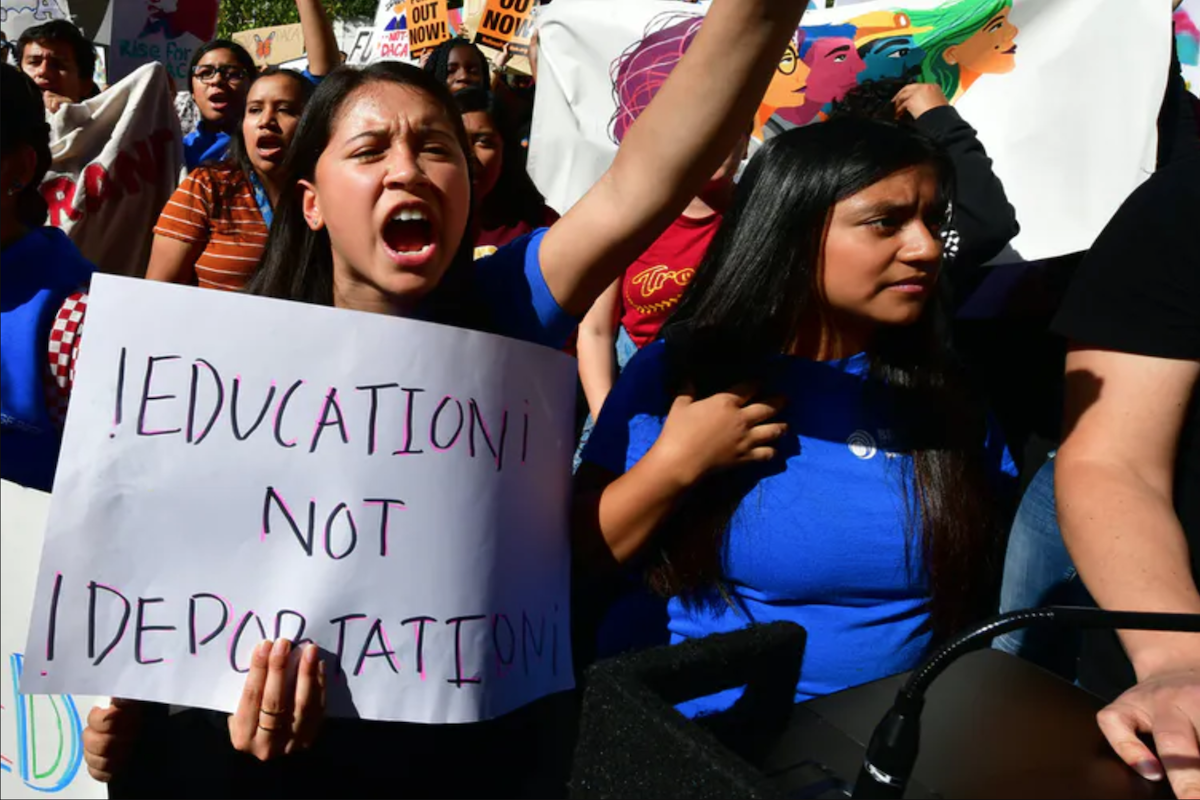 1. What’s DACA, and what did the majority say in its ruling?

President Barack Obama signed the Deferred Action for Childhood Arrivals executive memorandum on June 15, 2012 to provide 1.2 million undocumented young people with two-year work permits and temporary relief from deportation. Since this program went into effect, approximately 800,000 undocumented immigrants have obtained DACA status, including about 643,000 with it today. The permits are renewable 120 days before the expiration date as long as the DACA program is in place.

Studies have shown that DACA has improved the chances for undocumented people to complete high school, go to college, attend grad school and get higher-paying jobs.

On September 5, 2017, President Donald Trump declared that his administration would phase the DACA program out. Subsequently, several lawsuits were filed challenging DACA’s termination. On June 28, 2019 the Supreme Court agreed to consolidate and consider three of these cases.

In this single ruling nearly a year later, a majority of the justices deemed the legal process Trump used in his attempt to end DACA to be “arbitrary and capricious.” They ruled that his administration lacked a clear rationale for ending the DACA program.

2. What does this mean for undocumented students?

This ruling means that undocumented young people who have obtained permission to stay in the country through DACA (often called DREAMers) can keep their DACA benefits—including temporary work permits and relief from deportation. For undocumented students, this means that they can continue to work, stay in school, pursue careers and remain with relatives who live in the United States.

Today, an estimated 1.1 million undocumented children live in the United States, according to data drawn from the Census Bureau. This number includes about 100,000 undocumented students who graduate from high school every year. The most recent estimates indicate that approximately 450,000 undocumented immigrants are enrolled in colleges and universities, including some 45,000 pursuing advanced degrees.

The court battle over whether Trump had the power to end DACA in the way that he attempted to do it also discouraged many undocumented people from applying.

But the U.S. Citizenship and Immigration Services agency is still accepting and approving DACA applications from anyone who needs to renew their status or is seeking protection from deportation.

3. How has higher ed dealt with DACA?

Many colleges and universities have special resource offices or designated staff trained to support undocumented students. Some schools are seeking to address issues that prevent them from affording college.

Targeted policies, such as letting undocumented residents pay in-state tuition, giving the undocumented access to financial aid and ensuring that undocumented applicants may apply for scholarships, can make a big difference.

4. Does this mean undocumented students no longer have to fear deportation?

No. Regardless of their immigration status, undocumented students have to wake up every morning not knowing whether they can stay in this country. Trump and other officials in his administration have signaled that they intend to renew their efforts to end this program.

For undocumented immigrants, obtaining DACA status has always involved trusting the U.S. government not to deport them when they came out of the shadows and officially acknowledged their status.

The precise numbers are unclear, but studies indicate that there are between 11 and 22 million undocumented people in the United States. Without comprehensive immigration reform, they will continue to live in fear.

I hope that many colleges and universities will keep trying to meet the growing needs of their undocumented students, even if Trump keeps trying to end DACA. Some of the ways schools can do that is by paying DACA application and renewal fees, providing free on-campus legal aid and offering access to mental health counselors.

The DACA program was always intended as a temporary policy that might allow young people who arrived in the United States as children the opportunity to stay and build their adult lives here. Eventually, the undocumented —and everyone else in the United States— will need a longer-term solution.