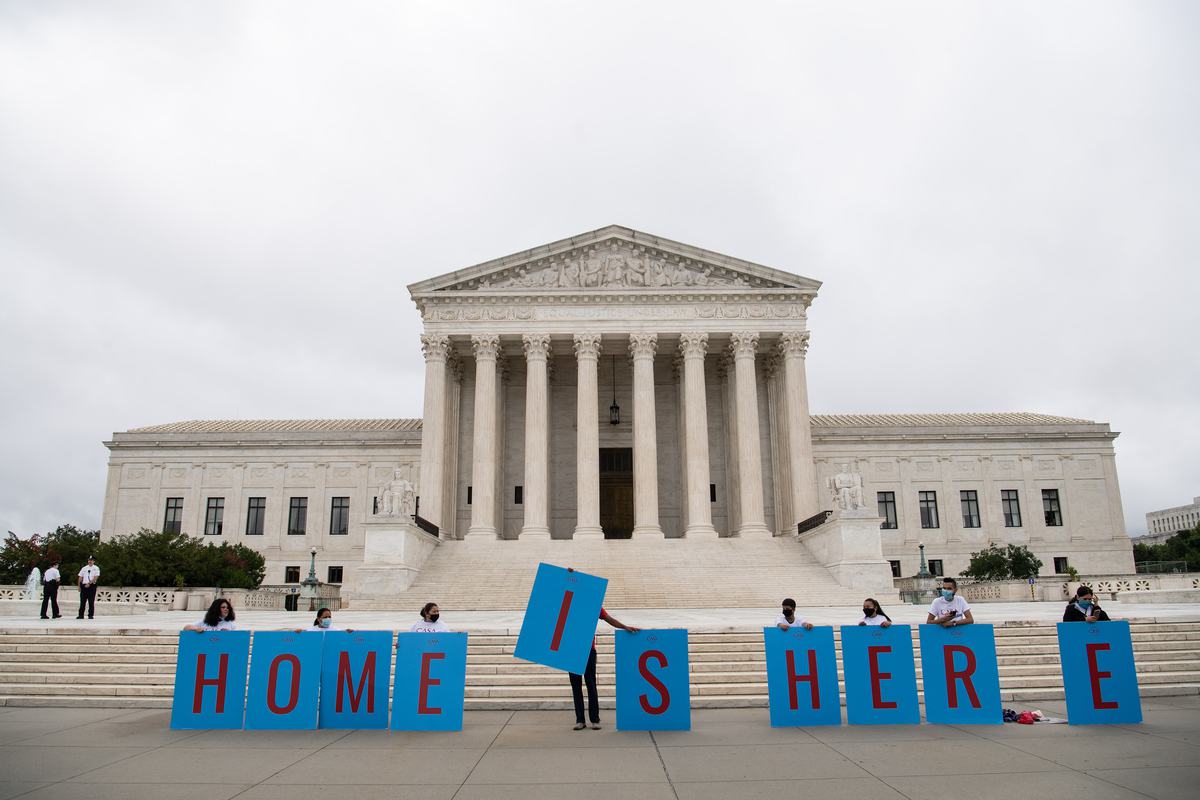 Activists hold a banner in front of the US Supreme Court in Washington, DC, on June 18, 2020. (Photo by NICHOLAS KAMM/AFP via Getty Images)

On Thursday June 18, the Supreme Court issued a ruling that upheld the Deferred Action for Childhood Arrivals (DACA) program.

The program, which started under the Obama administration in 2012, allows undocumented immigrants who moved to the United States before their 16th birthdays to apply for a temporary stay of deportation, along with permits to work and study in the U.S. About 700,000 people are currently enrolled in the program.

But in 2017, the Trump administration moved to eliminate DACA, claiming that the program was illegal. Lawsuits were immediately filed across the country challenging the decision, arguing that the government hadn’t offered an adequate explanation for its reasoning.

The case made it before the Supreme Court last year, and it eventually issued a 5-4 decision in agreement with DACA recipients and supporters.

But this does not mean that DACA is immune from further challenges by the Trump administration. Meanwhile, though DACA recipients are relieved about the court’s decision, they also haven’t lost sight of the fact that it’s not a permanent fix. Many recipients and supporters continue to call for immigration reform—not just for the thousands of people enrolled in this program, but also for the estimated 11 million undocumented immigrants living in the U.S.

In this episode, Latino USA producer Alejandra Salazar joins Maria Hinojosa to break down the Supreme Court decision that gave DACA new life, and what the ruling means for the hundreds of thousands of immigrants living here.

One thought on “DACA Stands, But The Future Is Anything But Certain”