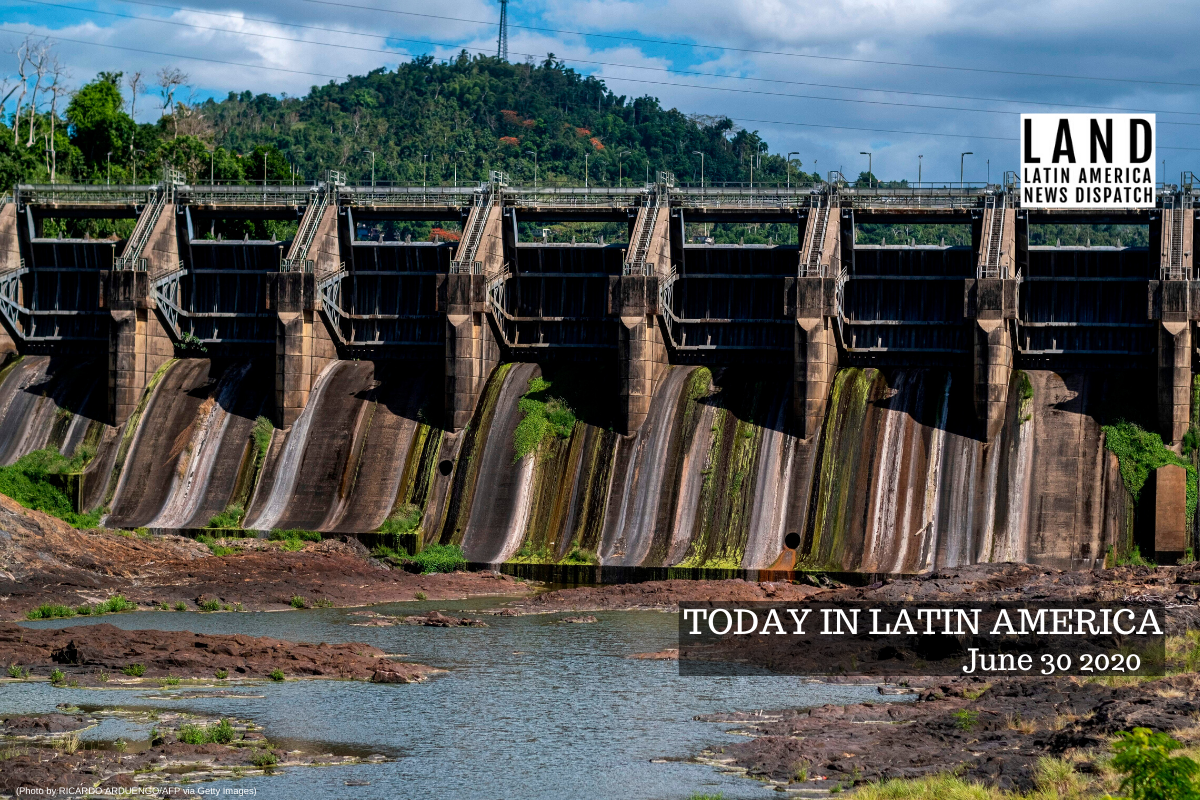 PUERTO RICO: Governor Wanda Vázquez Garced declared a state of emergency for the entire island yesterday due to widespread drought. The U.S. Drought Monitor reported last week that over a quarter of Puerto Rico, mostly in the south, is experiencing severe drought and nearly 60% is in drought. Starting Thursday, almost 140,000 homes and businesses, including some in San Juan, will have their water shut off for 24 hours every other day for conservation.

Vázquez said that the drought, combined with the lasting impacts of the December and January earthquakes and the coronavirus pandemic, has threatened the safety and wellbeing of Puerto Ricans. The earthquakes also disproportionately impacted the southern region where the drought is most severe. Vázquez also extended the coronavirus curfew for the whole island, which began in March, for three more weeks, making it the longest continuous curfew in the United States so far.

ARGENTINA: Officials in Tucumán Province opened an investigation into the death of Walter Ceferino Nadal, who died last Wednesday when police officers detained him. Witnesses say one officer put a knee on Ceferino Nadal’s neck, comparing it to the death of George Floyd in Minneapolis. They also say Ceferino Nadal asked for help and said he could not breathe, but the officers did not relent. An autopsy confirmed asphyxiation as the cause of death.

URUGUAY: Uruguay is the only country in Latin America from which visitors will be allowed to travel to the European Union starting Wednesday. The EU selected 15 countries with low COVID-19 infection rates, including Algeria, Canada, Japan, Morocco and New Zealand. As of mid-June, Uruguay had reported fewer than 1,000 COVID-19 cases with 23 deaths — far below its neighbor Brazil, which has the second highest number of cases in the world. Visitors from the United States, which has the highest number of cases, will not be allowed to travel to the EU.

BOLIVIA: Silvia Lazarte, the former president of the Constituent Assembly, died yesterday at 56. Lazarte, an Indigenous woman from Cochabamba, was part of the party of former President Evo Morales, Movimiento al Socialismo. She was the first Indigenous president of the assembly. She held the position from 2006 to 2008 and helped draft the constitution that followed.

On Twitter, Morales described Lazarte as a sister with a “revolutionary spirit.”

COLOMBIA: The Colombian magazine Semana reported yesterday that soldiers kidnapped and sexually abused a 15-year-old Indigenous girl from the Nukak Makú community for several days last September. A complaint about the abuse also claims that five other girls in the region were abused by soldiers. Last week, seven Colombian soldiers were charged in the rape of a 13-year-old Indigenous girl from the Embera community days earlier.

HAITI: Haiti is opening its international airports and parts of the border with the Dominican Republic today after weeks of lockdown. President Jovenel Moïse acknowledged in a speech yesterday that Haitians will have to live with the pandemic and encouraged people to wash their hands and practice social distancing. Haiti has reported 5,722 COVID-19 cases and 100 deaths so far, but medical experts say the numbers are likely much higher.

EL SALVADOR: A report from Radio YSUCA revealed state neglect of residents living at a San Salvador retirement home amid the coronavirus pandemic. The radio station obtained a document from the Salvadoran Institute for Integral Rehabilitation that ordered the Centro de Ancianos Sara Zaldivar to keep sick patients isolated and not transfer them to hospitals “because it would be better that they die there rather than saturate the hospitals.” Radio YSUCA reports that 17 residents have died from COVID-19, though the government insists only eight people have been infected.

MEXICO: Two people were arrested Sunday for the murder of a Mexican federal judge and his wife in their home in the western state of Colima two weeks ago. The arrests follow an attack on Mexico City’s police chief last week that left him injured and killed three others. The Jalisco New Generation Cartel is assumed to be responsible for both attacks. Analysts say they could be seen as challenges to President Andrés Manuel López Obrador.

UNITED STATES: The Supreme Court yesterday declined to hear an appeal that challenged construction of President Donald Trump’s border wall with Mexico. The Center for Biological Diversity, the Animal Legal Defense Fund, Defenders of Wildlife and the Southwest Environmental Center had challenged regulations that allow the Department of Homeland Security to waive certain legal requirements in order to construct the border wall more quickly.