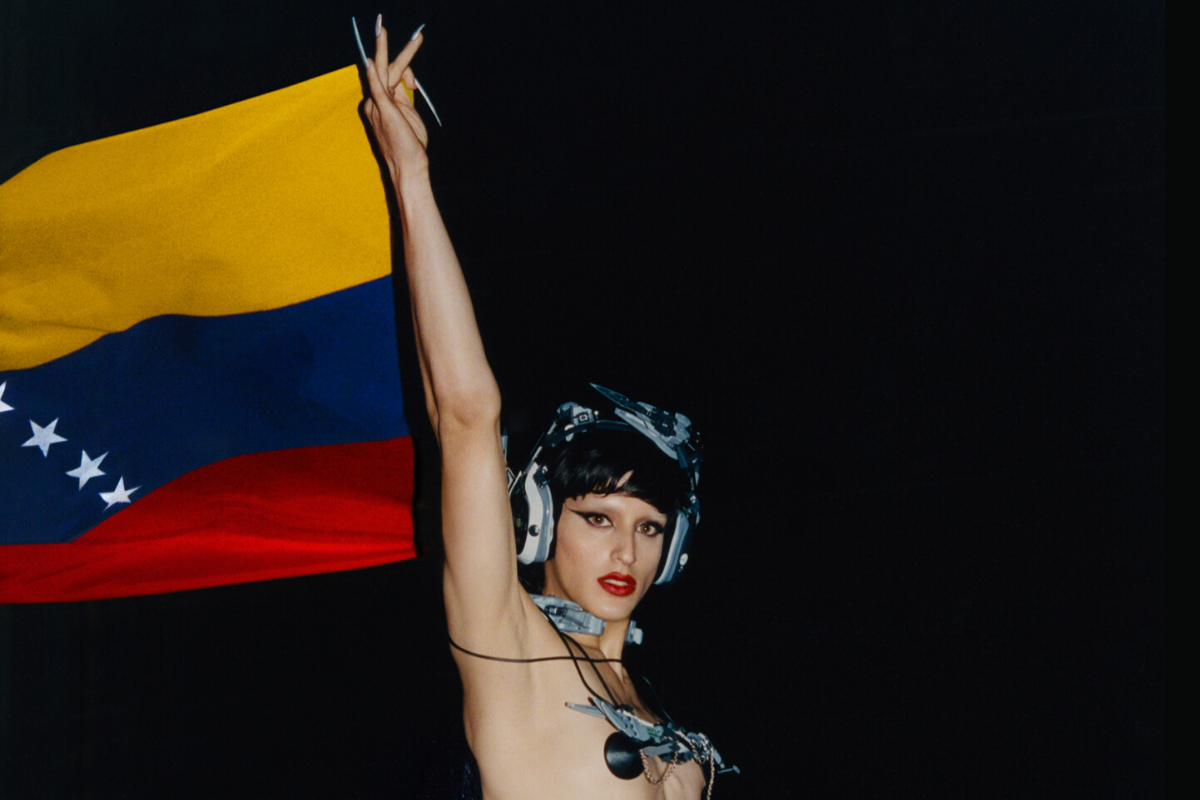 Alejandra Ghersi, the 30-year-old experimental musician from Venezuela behind Arca, has been at the forefront of a movement that has pushed the boundaries of the pop music landscape.

Arca has come a long way since her early beginnings as a teenage indie pop vocalist recording under the name Nuuro. During those formative years, Alejandra says she turned to music to make space for feelings about gender and sexuality she didn’t yet fully understand. “I’m very glad to have music because it’s been a mirror… [my songs] are very powerful checkpoints, when I look back,” says Arca.

After leaving Venezuela and heading to New York for college, Ghersi began to put out darker, more experimental music under the name Arca. Her early mixtapes made a splash in the underground and electronic music worlds, and soon artists like Kanye West, Bjork and FKA twigs began seeking her out to produce for them. At the same time, she began putting out album after album of boundary-pushing music.

Her fourth and latest studio album, KiCk i, was released in late June 2020. In it, she shares the joy of coming out as a trans woman and boldly proclaiming her Latinx identity, and features reggaeton-inflected songs like “Mequetrefe.” The project, which is her most pop-friendly to date, features guest spots from artists like Rosalía and Björk.

In this edition of our “Portrait Of” series, Maria Hinojosa talks with Arca from her home in Barcelona about growing up in Venezuela, her philosophies around music, and about finding herself as a trans woman.