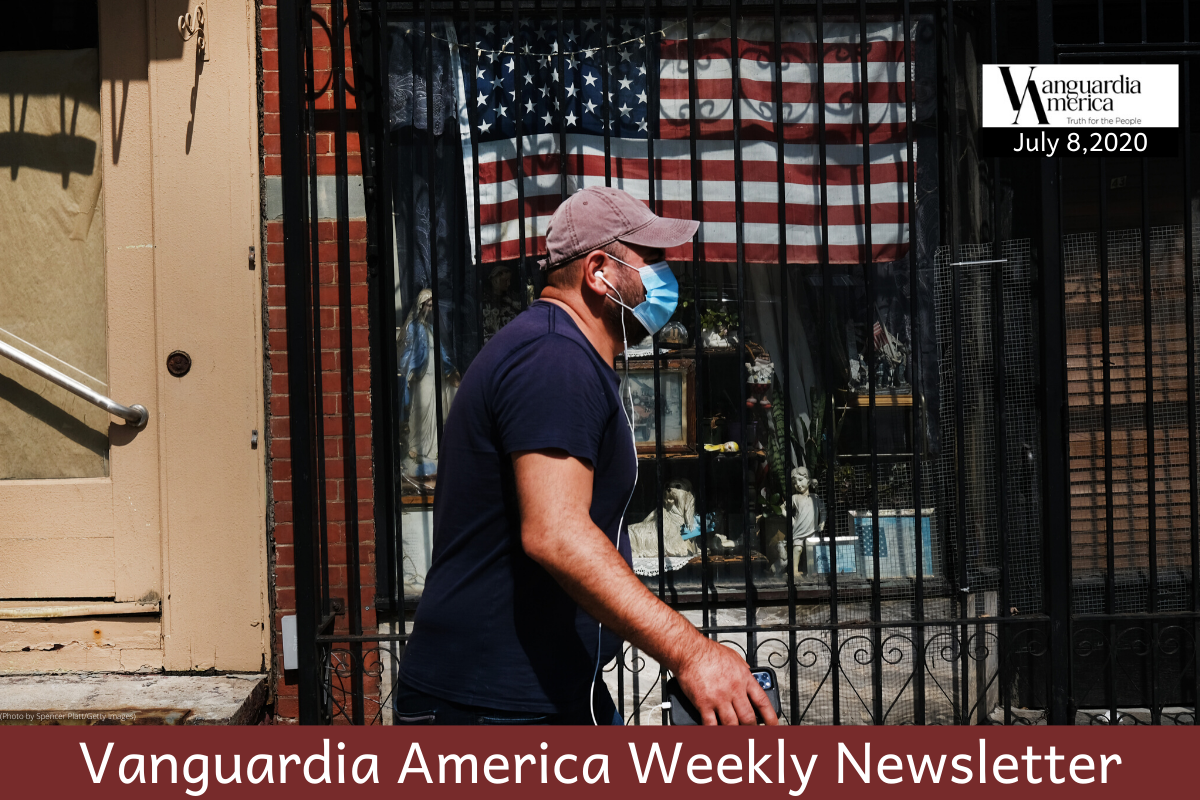 A detailed analysis conducted by the New York Times of data collected by the federal Centers for Disease Control and Prevention finds Latinos have been infected by COVID-19 at three times the rate of whites in the U.S.

Latinos and African Americans are also twice as likely to die from coronavirus infection than whites nationwide, according to the CDC data, which was only made available to the Times after the publication sued the federal government for its release.

In addition, among Latinos who have died from the coronavirus, 1 in 4 was 60 or younger. “Among white people who died, only 6 percent were that young,” the Times reported, adding, “Latinos between the ages of 40 and 59 have been infected at five times the rate of white people in the same age group.”

According to the Times, the CDC data provided was incomplete. Race and ethnicity information, for instance, was not provided for more than half of the confirmed cases of COVID-19 infection.

As the national unemployment rate dipped to 11.1 percent in June, 14.5 percent of Latinos remained jobless, according to the latest data released by the Bureau of Labor Statistics.

In the meantime, federal data shows whites were being called back to work at faster rates than Latinos and African Americans. Just over 10 percent of whites were reported to be out of work last month. African Americans had the highest jobless rate in the country at 15.4 percent.

About five million jobs were added to the U.S. workforce last month, but only a third of the 22 million jobs lost as a result of the spread of the coronavirus have been restored to the economy.

Experts worry job losses could tick upward again, especially for Latinos, in the wake of today’s skyrocketing rates of COVID-19 infections in states such as Florida, Texas, Arizona and California, each of which has a large proportion of Latino workers.

A national nonprofit working to get Latinos to participate in the U.S. Census says its analysis shows response rates so far among Hispanics in Arizona, California, Florida, New Mexico, New York, and Texas are lagging behind the rest of the U.S. population.

The overall response rate nationwide so far stands at 61.9 percent. But according to research conducted by the National Association of Latino Elected and Appointed Officials (NALEO) Educational Fund and Telemundo News as part of the Hazte Contar (Get Counted) project: 57.9 percent in Arizona, 62.4 percent in California, 58.6 percent in Florida, 49.8 percent in New Mexico, 56.6 percent in New York, and 56.1 percent in Texas have responded to the Census. The six states account for two-thirds of the country’s Latino population.

About 90 million households in the U.S. have filled out the 2020 census to date, according to the San Antonio Express-News. Census results are used to calculate annual spending for a wide range of federal programs, such as public housing, health care, education and transportation needs. An undercount of the Latino population, say experts, could cost local and state governments billions of dollars in federal funding.

Efforts to get Latinos to participate in the census were dealt a serious blow after the Trump administration tried but failed to add a question about citizenship status to the survey. Families with immigrants worried the information could be shared with federal immigration enforcement agencies. Federal law prohibits such information sharing.