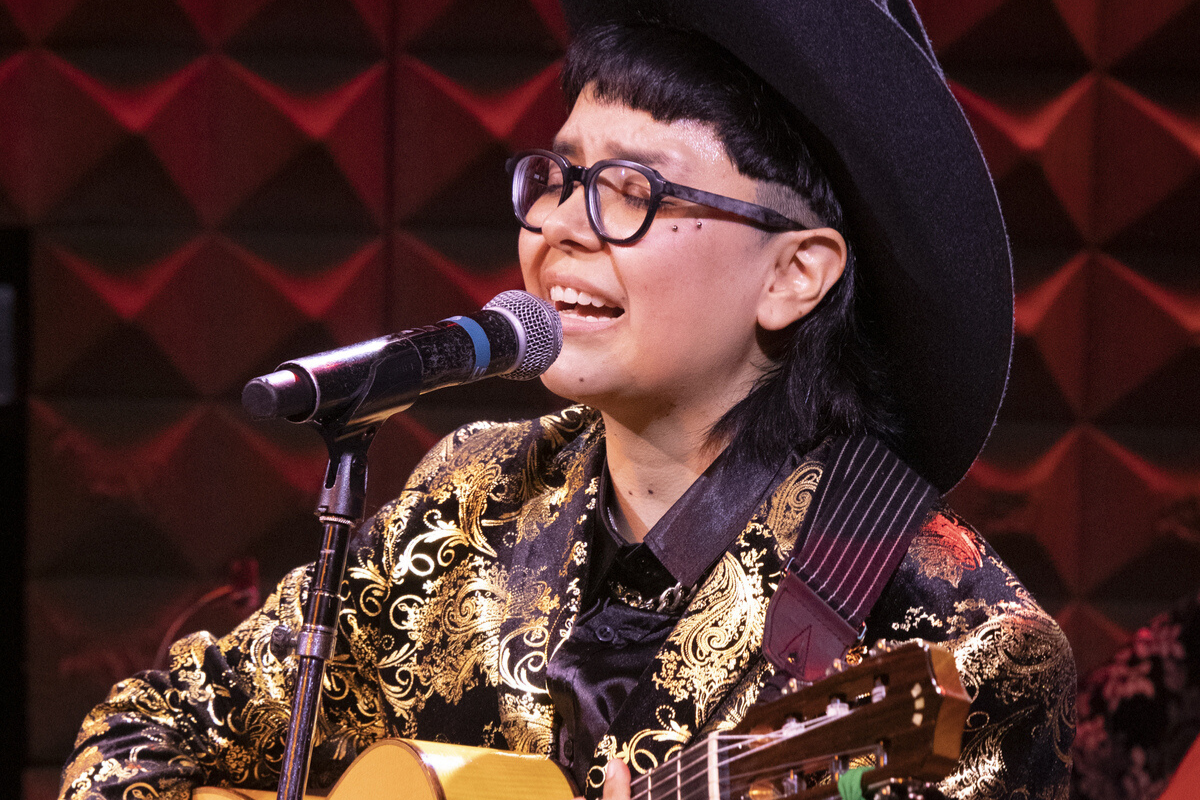 Renee Goust is a Mexican-American singer-songwriter who is working hard to reframe traditional Mexican music to be more inclusive. Goust was born in Tucson, AZ but was raised in Nogales, MX. Yet, she spent every day crossing the border to go to school in Nogales, AZ. Most of the people in her school were all doing the same thing; her high school had the motto “Bilingual, bicultural, by choice.” She didn’t realize that crossing the border for school was such a unique experience until she moved away.

A self-taught guitarist, she discovered her love of music at a young age sneaking off to her room to write lyrics about the things that were important to her. In her early career as an independent artist, her upbringing on the border started to creep into her music. But in recent years, she decided she wanted to write music that more deeply represented her and her community. And she wanted to do this using traditional Mexican music.

“They’re the genres that represent me, but I haven’t felt like they represent me as far as being a feminist and as far as being part of the LGBT community,” she says. She added that much of traditional Mexican music is known to be machista and at times could incite gender violence.

She decided to use her voice as an independent artist to speak up for the rights of women and LGBT communities everywhere. And so in 2016, she wrote her satirical and viral hit, “La Cumbia Feminazi.” The song has over 1 million views on YouTube and really resonated with people across the globe. This year, she found her lyrics being used on signs across Latin America in this year’s 8M, The International Women’s Day marches.

“El feminismo me enseñó que calladita no me veo,” she says, which means “Feminism showed me that if i’m silent, I’m not seen”—a twist on the popular saying “Calladita te ves más bonita,” or “You are prettier when you’re silent.”

This week on Latino USA, we hear from Renee on how she made her hit “La Cumbia Feminazi,” some of her other works, and how she is redefining how traditional Mexican music is heard.