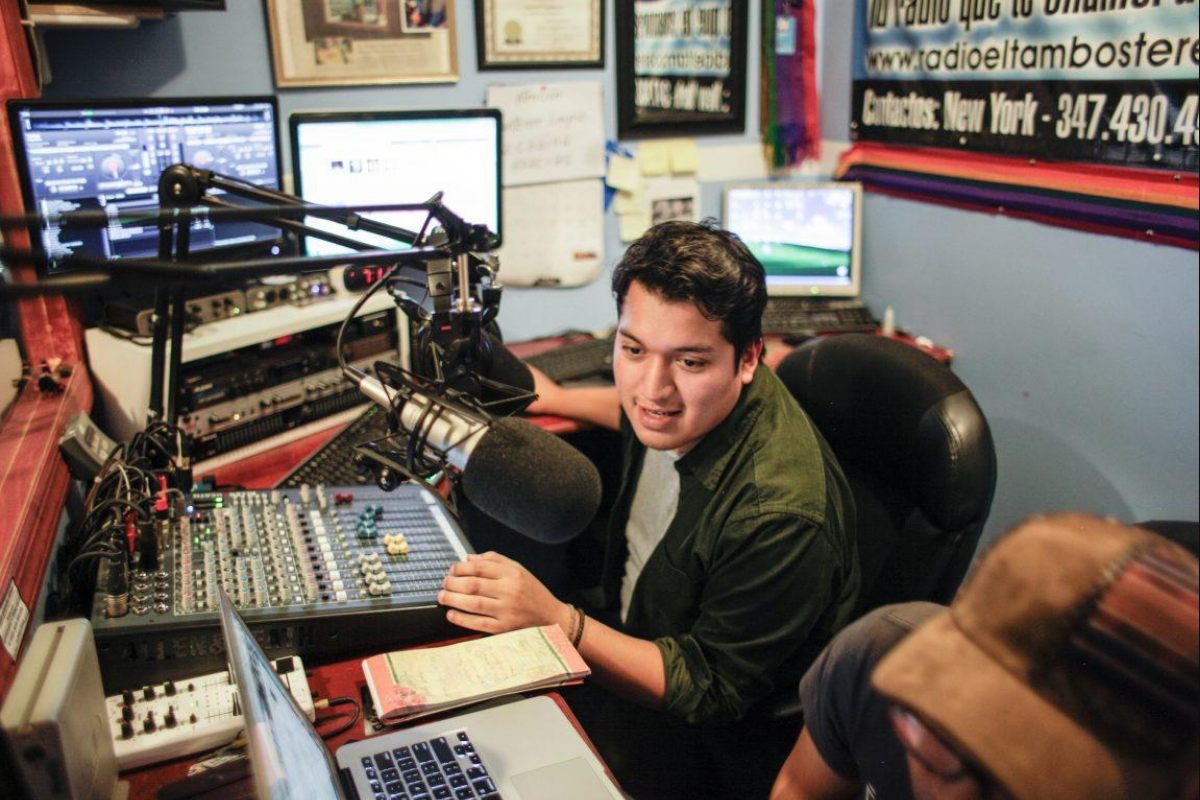 Charlie Uruchima is a language activist and co-founder of Kichwa Hatari, the first Kichwa language radio station in the United States. Kichwa is a variant of Quechua, the most spoken indigenous language in the Americas. For Charlie, Kichwa is more than just a language; it is an identity, a culture, and a way of being.

Charlie’s family arrived in New York City from Ecuador in the early 1980’s following an economic recession that affected many of the country’s indigenous people. After Charlie began to learn Quechua at New York University, he became aware of the lack of resources for the Kichwa community, such as interpretation services and spaces for young people to practice the language.

To help organize the community, Charlie and his collaborators founded Kichwa Hatari, a radio program that features Kichwa artists, educators and activists. Recently their broadcasts have tackled serious issues such as the 2019 uprising in Ecuador led by indigenous activists protesting austerity measures, as well as the devastating effect of the coronavirus pandemic on indigenous communities in Ecuador and the immigrant diaspora in the U.S.

In this segment of Latino USA‘s “How I Made It” series, Charlie Uruchima shares his journey with his ancestral language and how through Kichwa Hatari—Charlie and his team build solidarity that defies borders.

One thought on “How I Made It: Kichwa Hatari”