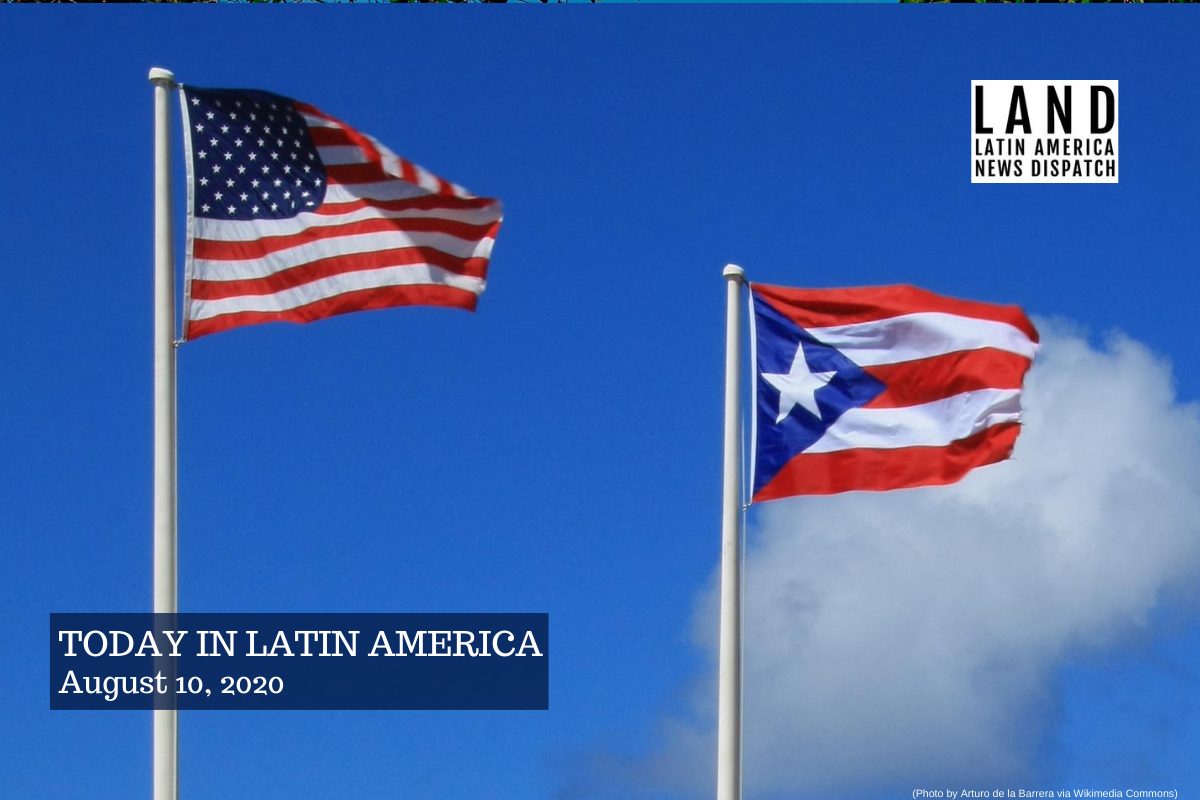 PUERTO RICO: The government of Puerto Rico suspended yesterday’s primary elections after ballots were not delivered to several polling stations by early afternoon. Many Puerto Ricans waited hours in line outside in the sun only to be told that voting would resume next Sunday. The State Elections Commission ordered 10 million ballots to be printed, but reports from El Nuevo Día showed that there were delays and a lack of coordination leading up to the election. Even as voters waited outside, trucks full of ballots sat unmoving at the elections commission’s headquarters.

Gov. Wanda Vázquez Garced, who is running against Pedro Pierluisi for the pro-statehood New Progressive Party, called the election a “disaster” and demanded the resignation of the president of the elections commission, Juan E. Dávila. San Juan Mayor Carmen Yulín Cruz, one of three candidates running for governor under the Popular Democratic Party, blamed Vázquez, saying the governor “has assassinated the democracy of Puerto Rico.” The winners of both primaries will face each other in the general election in November.

BRAZIL: The country reached 100,000 coronavirus deaths on Saturday, and there are no signs that the pandemic is slowing. More than 3 million people have tested positive. Brazil has been easing lockdown measures as cases climb, despite warnings from scientists. Following the announcement of the grim milestone, former Health Minister Luiz Henrique Mandetta, who was fired in April, blasted President Jair Bolsonaro for failing to comfort the families who lost loved ones to the virus. Bolsonaro, who continues to downplay the pandemic and the death toll, implied that state governors are inflating the numbers to scare the public.

BOLIVIA: Negotiations between the Supreme Electoral Tribunal and the Bolivian Workers’ Center union remain at a standstill. Talks over the weekend about the date of the presidential election ended without an agreement. The union has led protests and set up dozens of blockades—isolating 6 million Bolivians—to demand that the election be held September 6. Elections were already delayed because of the coronavirus, and the electoral tribunal pushed them back again until October. On Friday, the government of Interim President Jeanine Áñez said it will use force to end the blockades. During the weekend dialogue, candidates from several parties asked Áñez not to run in the election. Áñez has been accused of using the pandemic to maintain her hold on power.

VENEZUELA: Two former U.S. Green Berets were sentenced to 20 years in prison in Venezuela for their failed attempt to overthrow President Nicolás Maduro in May.

CUBA: Havana was placed under lockdown again over the weekend after a spike in coronavirus cases. On Saturday, the health ministry reported 59 new cases. Last month, Cuba recorded days with zero new cases and the economy began to open, including the tourism sector. In response to the new outbreak, bars, restaurants, beaches, and public transportation will close. The government also shut down Cuba’s main airport in Havana.

EL SALVADOR: A Catholic priest was shot to death on the side of a highway on his way to the city of Santiago de Maria. His body was found on Friday. The motive remains unclear as authorities investigate the killing. Father Richard Cortez was remembered during a funeral over the weekend as a “second dad” who was always willing to help his community. Cortez is the third priest killed in El Salvador in the last three years. None of the cases have been solved.

PANAMA: The government of Panama announced Saturday that it will deport migrants who engaged in violence in a camp in the town of La Peñita in the Darién province. Thousands of migrants from Haiti, Cuba, Bangladesh, Nepal, Congo, Cameroon, and India made their way from Colombia to Panama through the Darién rainforest in the hopes of continuing north. Riots broke out recently when frustrated migrants demanded they be allowed to continue their journeys. Border closures from the coronavirus pandemic have stranded thousands of migrants, including children, in camps, where they live in poor conditions.

BORDER: U.S. officials found a 1,300-foot smuggling tunnel in the desert near San Luis, Arizona, last week. A U.S. border official referred to it as “the most sophisticated tunnel in U.S. history,” allowing for ventilation, water, electricity, and a rail system. Earlier this year, the longest-ever tunnel was discovered between Tijuana and San Diego. As President Donald Trump continues work on the border wall, critics point out that a wall would not stop people from crossing in tunnels.

MEXICO: The Mexican government hoped the recent arrest of José Antonio Yépez Ortiz, also known as “El Marro,” the leader of the Santa Rosa de Lima Cartel, would stem the violence in Guanajuato, but on Saturday, seven men were killed. The rival Jalisco New Generation Cartel posted a video following the killings promising peace in Guanajuato once the Santa Rosa de Lima Cartel is completely gone. A security expert told El Universal that the turf war is likely to continue, despite El Marro’s arrest. Just 24 hours after he was arrested, 16 people were killed.