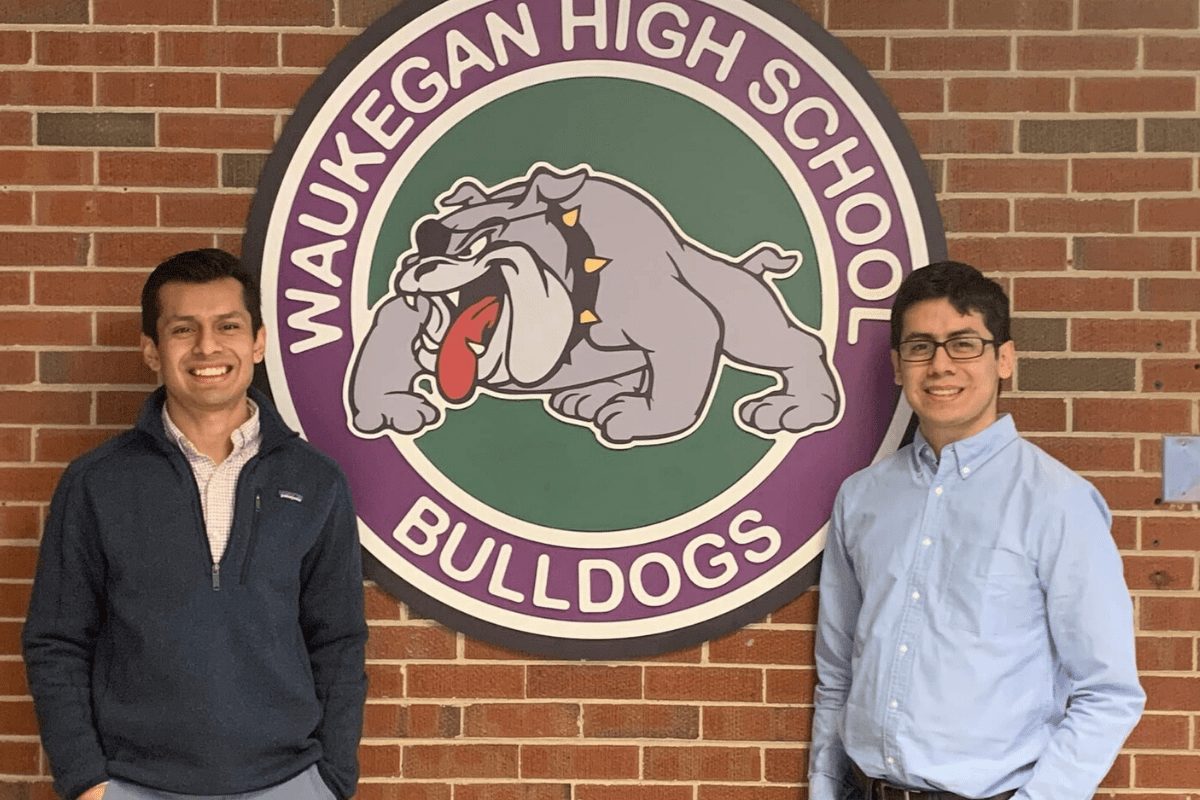 CHICAGO, IL — On June 18 at around 10 a.m. on the east coast, Irvin and Topiltzin Gomez let out a sigh of relief. The Supreme Court released its decision to block President Trump’s attempt to end Deferred Action for Childhood Arrivals, also known as DACA. Following the decision, the Trump administration said it would move again to try to end the program. And while a Maryland Federal Judge ordered the President to fully reinstate DACA to its 2017 status, the President has defied the court.

The Gomez brothers, two of the approximately 800,000 DACA recipients in the U.S., known as DREAMers, joined thousands nationwide who celebrated the historic June 18 decision that had left recipients in a state of uncertainty for nearly three years. But while it’s a small victory, the brothers say the immigration program is still in danger and a long-term legislative fix is still in dire need—something that became apparent following the administration’s pushback of the court’s decision.

“The primary threat is gone; now we have more ambiguity but at least nothing is presently threatening it,” said Topiltzin Gomez, 23, who lives in Pittsburgh and works at a business startup. “But for the people who do not follow this as closely, they should know that DACA is still very much in danger.”

Irvin Gomez, 27, who lives in Boston and works at a technology company, called the Supreme Court decision an accomplishment but that the fight for immigration legality must continue.

“I honestly thought [the decision] was going to go against us with the conservative judges [being] the majority,” Irvin Gomez said. “I thought this was going to be a bad day so I was already thinking about plan B, C and D.”

He said that while both brothers are protected under DACA for two more years, some of his backup plans still stand. Until the government finds a permanent solution for DREAMers and undocumented immigrants like his parents, those plans will live in his back pocket, he said.

“Some of them include going back to Mexico and starting over to some extent because there is no guarantee that [immigration won’t] become a political issue come September,” he said.

Immigration advocates, lawmakers and politicians alike have expressed their concerns with the government’s ability to provide adequate immigration solutions, despite several polls that show American citizens favor reform and think DACA recipients should be granted a path to citizenship. And the timing is extra monumental for the 50,000 currently working the frontlines to combat COVID-19, as NBC reported. Not having the fear of deportation lingering is a godsend for immigrants like the Gomez brothers.

The brothers are originally from Oaxaca, Mexico but grew up in Waukegan, Illinois, about 41 miles north of Chicago. Despite their five-year age gap, they are relatively close and competitive: both graduated from Waukegan High School with high honors and attended Ivy League institutions.

According to a 2019 report from the Immigration Initiative at Harvard University that looked at the long-term impact of DACA, four-year college students were more likely to obtain new jobs, increase their earnings, and obtain paid internships in their chosen fields. This, paired with work authorization, allowed many DACA recipients to gain notable social mobility, which opened new career pathways and job satisfaction.

For Irvin Gomez, who plans to attend Harvard in the fall to pursue an MBA in business, the worry of not being able to work once he finishes his degree in 2022 still weighs on his mind. “I don’t want to be a Harvard MBA grad who can’t work,” he said. “If I am making a massive investment in my schooling, what is the point of it if I can’t work?”

In the wake of the Supreme Court decision, many higher education institutions and universities have spoken up about their support for DACA recipients and the hope for stronger legislation reform. Some, like Harvard, also offer special resources and financial aid to DREAMers, which Irvin Gomez said is an added perk of attending. On the day of the news, Harvard President Larry Bacaw wrote a letter to faculty that DREAMers have always inspired him and he will continue to advocate for their ability to contribute to the country and live here permanently.

“Although they are denied legal status and have lived much of their lives at risk of sudden removal from our country, they have become undergraduates at colleges and universities nationwide, leading in our communities and advocating forcefully for change,” Bacaw wrote, who is the son of immigrants. “Congress should now turn its attention to immigration reform and provide a pathway to citizenship for these young people and others, including individuals with temporary protected status.”

Irvin Gomez wrote his Harvard admissions essay on his experience as a DACA recipient to highlight the ambiguity and uncertainty that comes with being part of the program. As an undergrad from Dartmouth University, he is happy to see that many leading universities recognize the value DREAMers and undocumened immigrants bring to the U.S. “I am glad we are there now—we were not there 11 years ago when I was applying to college,” he said.

As immigration and DACA become hot buttons of discussion once again, he plans to be vocal about his status when he goes back to school, especially one that represents “everything that American business stands for.”

While both brothers say it’s not a defining identity factor, sharing their story is valuable so that people understand the importance of immigrant struggles and immigration reform, especially its polarization politically. And although they have received opportunities along the way that helped them reach their educational goals, the Gomezes want people to see that all undocumented people are worthy of having their own American dreams, despite legal odds stacked against them.

“The goal of getting an MBA from Harvard is to be a leader that changes the world, so I am going to be a lot more vocal than I was as an undergrad because now I have a confidence that there’s a lot of power in my story and power to change perspectives,” Irvin Gomez said.

Topiltzin Gomez, who goes by TP, has always been more open about being undocumented, saying it helps to humanize the immigrant experience. He said the Supreme Court decision is a reminder that the urgency to speak about immigration and be visible is still relevant.

“I’ve had some really good conversations with people on the other side of the aisle, and you know, they come around to a more nuanced position,” he said. “I think we all just got to talk to each other a little bit more.”

Beyond the conversations, he said looking to Black Lives Matter protests popping up all around the world can teach us about the fight for social and racial justice that parallels the immigrant fight, one that many DACA recipients are a part of. Right now, that should be the focus as a catalyst for change, he said—especially as the Trump administration gets ready to again attempt to end DACA.

“If we are going to get any legislative fix or national attention around immigration, we have to talk about how it intersects with detention, incarceration and how a lot of immigrants are Black,” he said. “They help us think about how we can create an inclusive movement.”

This article was first published on Latino Rebels. View the original article here.