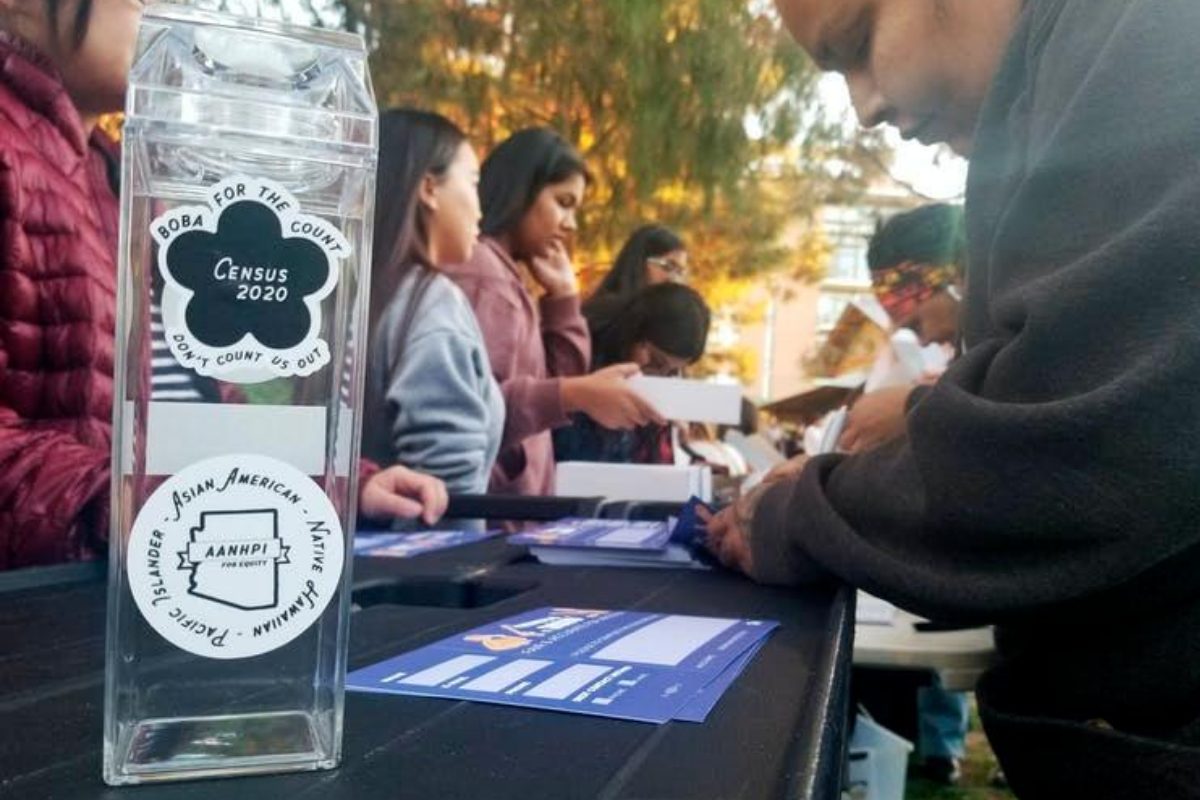 Community groups, like this one in Phoenix, have been working to get people of color to contribute their information to the census. (AP Photo/Terry Tang)

Amid the COVID-19 pandemic, the U.S. Census Bureau is having a harder time than in the past counting all Americans, and is now saying its workers will spend less time trying to count everyone.

In August, the Trump administration announced the plan to end the 2020 Census count a month early, on September 30 instead of October 31. With about a month left before that new end date, fewer than two-thirds of U.S. households have been counted so far.

The result will be that the census will count fewer Black Americans, Indigenous peoples, Asian Americans and Americans of Hispanic or Latino origin than actually live in the U.S. That will mean less public money for essential services in their communities, and less representation by elected officials at the state and federal levels.

An Effort To Find Everyone

Some people —including people of color, poorer people, rural residents and people who are not U.S. citizens— are less likely to respond to the census. In part, that’s because they have less convenient access to the mail, telephone and online services needed to respond to the survey.

The Census Bureau starts the census by asking Americans to respond themselves. But for those who don’t respond, there is a second phase of counting, in which census workers fan out across the country to knock on doors and help people include themselves in the national count.

For 2020, this second phase was originally planned to begin on May 13, but the pandemic delayed its start until Aug. 9. With the advanced end date, there will be only 52 days to count the residents of more than one-third of all the estimated 120 million households in the U.S. In 2010, the in-person follow-up effort had 71 days to cover a smaller share of American households.

Even before the delayed beginning and the shortening of the second phase, the Urban Institute, a nonpartisan think tank, projected that the census results would systematically undercount racial minorities and people of Hispanic or Latino origin.

All communities of color were projected to be underrepresented in the count—meaning the Census Bureau would report fewer people of that racial or ethnic background than actually live in the U.S. The biggest undercount projection was for Black Americans: The Urban Institute projected the census would fail to count 3.2%, or more than 1.5 million. The census was expected to miss more than 1.7 million people of Hispanic and Latino origin, 2.8% of their real total. More than 1 in 100 people of Alaska Native or American Indian background would not be counted, and a similar share of Asian Americans and Pacific Islanders.

But these detailed estimates of how many people the census might miss do not make it easier to somehow correct the count. The Census Bureau does extensive work to account for errors and missing people, but only after looking at the entire response and conducting additional research. Complete census data also includes people’s ages, genders, whether they own or rent their homes and whether they have other racial or ethnic backgrounds. The smaller those errors are, the more accurate the data will be.

Hurting People On Tribal Lands The Most

The shortened timeline for counting will be especially hard on Alaska Native and American Indian peoples on tribal lands, who have historically low response rates, in part because of longstanding distrust of the U.S. government, which has a history of violating treaties and imposing other injustices on Indigenous peoples.

The low Navajo Nation response rate could be due to several other reasons, too. Many Navajo Nation households have no formal home address. Instead, they get their mail at post office boxes, which in some cases can be 70 miles from their homes. That’s difficult, and expensive, to do—and may involve violating the Navajo Nation’s COVID-19 public health emergency curfew orders.

Census data is used to determine how many members of Congress a state should have and to draw boundaries for congressional and state legislative districts. If the census records too few people in communities of color, those people will have fewer representatives in government, and less power to choose them.

In addition, census data is used to allocate billions of dollars in public spending by states and the federal government. Communities that are larger than their official count registers will receive smaller amounts than they should of taxpayer money that provides education, health care and transportation to their residents.

Communities that are home to Native Americans, Alaska Natives, Asian Americans and Pacific Islanders are particularly sensitive to these effects because these groups are numerically small. So any one person not counted represents a larger proportion of the community as a whole, and a larger share of money and representation deserved but not received.

If these errors are allowed to happen —and made worse by a shorter timeline— their effects on Americans will last an entire decade, until the 2030 Census is completed.