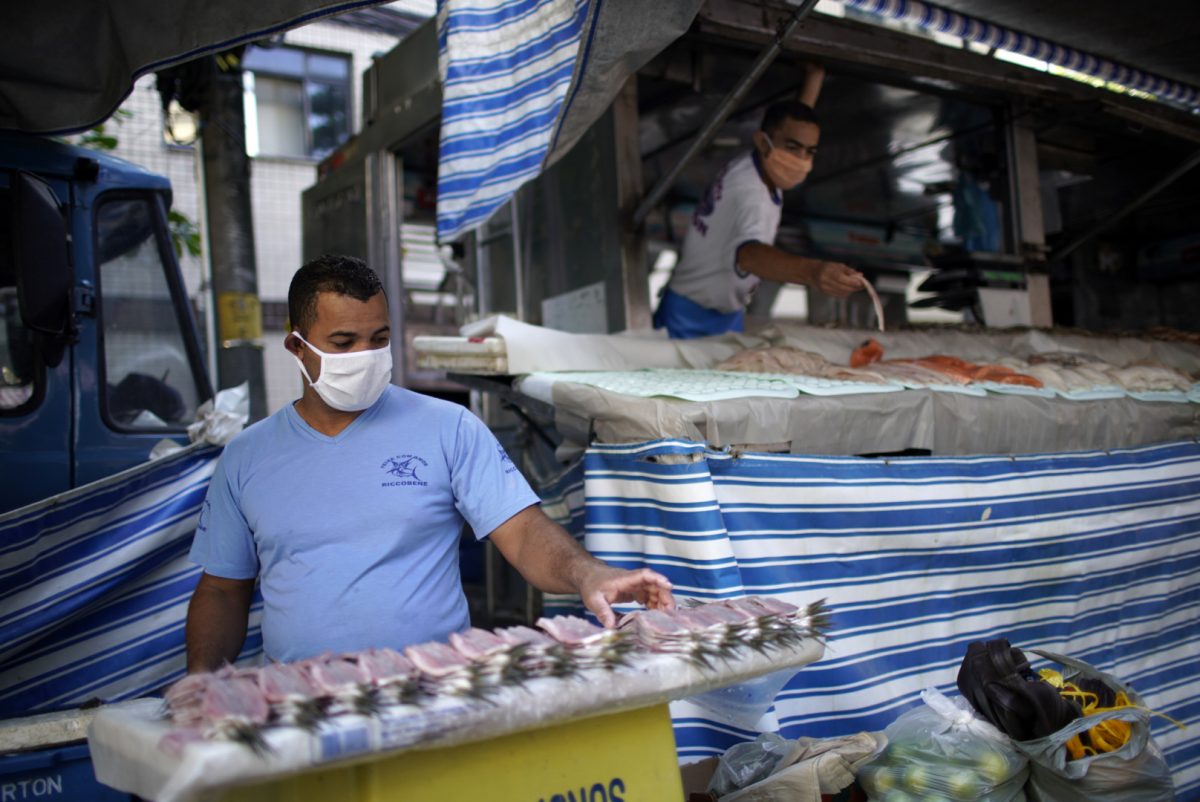 Coronavirus has hit the healthcare systems and societies of the global south even harder than the rest of the world due to their already weak economies and high debt levels. Latin America is no exception, and has been particularly affected due to very high infection numbers. With more than 7.9 million cases and more than 300,000 deaths, the region has been described as the world’s worst hit region. That is why, according to the World Bank’s June assessment, the Latin American economy will contract 7.2% in 2020 as a whole.

What’s more, some of the promising, if modest, trends of the last two decades are being reversed by the pandemic. This was a region that was starting to reduce huge levels of inequality thanks to significant economic growth from the commodity boom that ended in 2013, as well as some innovative wage policies and social programmes introduced by progressive governments.

Within this context, younger people are being especially badly hit. School closures are hurting education and, as in many countries, job prospects for them are particularly bad. If the region cannot control the virus and kickstart its economy, we will see the growth of a “lockdown generation”, trapped in unemployment, informal jobs and in-work poverty.

Unemployment And The Gig Economy

Both the quantity and quality of jobs are deteriorating rapidly as a result of the economic paralysis created by the pandemic. The UN’s International Labour Organization estimates that the health crisis will push unemployment rates in the region up from 8.1% to 11.5% in 2020, the equivalent of more than 11.5 million newly unemployed.

As a result, an extra 30 million are expected to fall into poverty (and these estimates were made in May, before the effects of the virus really took hold). Young people will be disproportionately affected, having already been enduring unemployment rates that were three times higher than that of older adults before the pandemic.

But it’s the historically high level of informal work in Latin America that will make the recovery much more difficult. Before the pandemic, more than half of the workforce across the region was in informal and precarious employment, with no social protections like sick pay or even written contracts. Again, young people make up an even higher proportion of this informal workforce.

With economies contracting due to the pandemic, even more people are turning to gig work throughout the region in search of a daily income. But this comes with costs. Relying on work as a courier, taxi driver or providing cleaning services through an app was already a tough job. It’s generally low-paid and circumvents minimum-wage laws, as workers are classed as self-employed or they simpy work outside of all national labor laws. It’s precarious, offering no job security or benefits like sick pay or paid holidays. It’s also very isolating, as you are generally working on your own, and it offers very little in the way of career prospects.

With the pandemic, the risks involved with gig work increased considerably as these workers come into contact with so many different people. But the pandemic also brought demand for these services, with more people ordering groceries and takeaways under lockdown, or taking taxis instead of public transport.

Yet life as a gig worker has not improved. Across Latin America, these key workers have reported a lack of support in terms of personal protective equipment and health insurance. Huge numbers also say their incomes have stayed the same or even worsened, despite carrying out more jobs. In one survey of 298 drivers across 29 cities, 64% said their pay had dropped. This is due to changes in the terms offered by companies.

Thousands have protested for better pay and rights. The last couple of months have seen strikes by delivery drivers in cities across the region, including Argentina, Brazil, Colombia and Mexico. Different app companies operate there but the demands are the same: for better pay from the companies and better regulation from governments to prevent exploitation.

The lack of regulation is a big part of the problem. It allows the dark side of the gig economy to develop: a growing pool of workers with no employment protection, underpaid with few other job options, and little power to negotiate with big tech companies managing their workforce through algorithms.

Latin America’s recovery from coronavirus will require significant change to the region’s labour markets. Without better protection from underemployment and in-work poverty, the region risks making inequality worse again. Listening to the demands of striking gig workers is a good place to start.