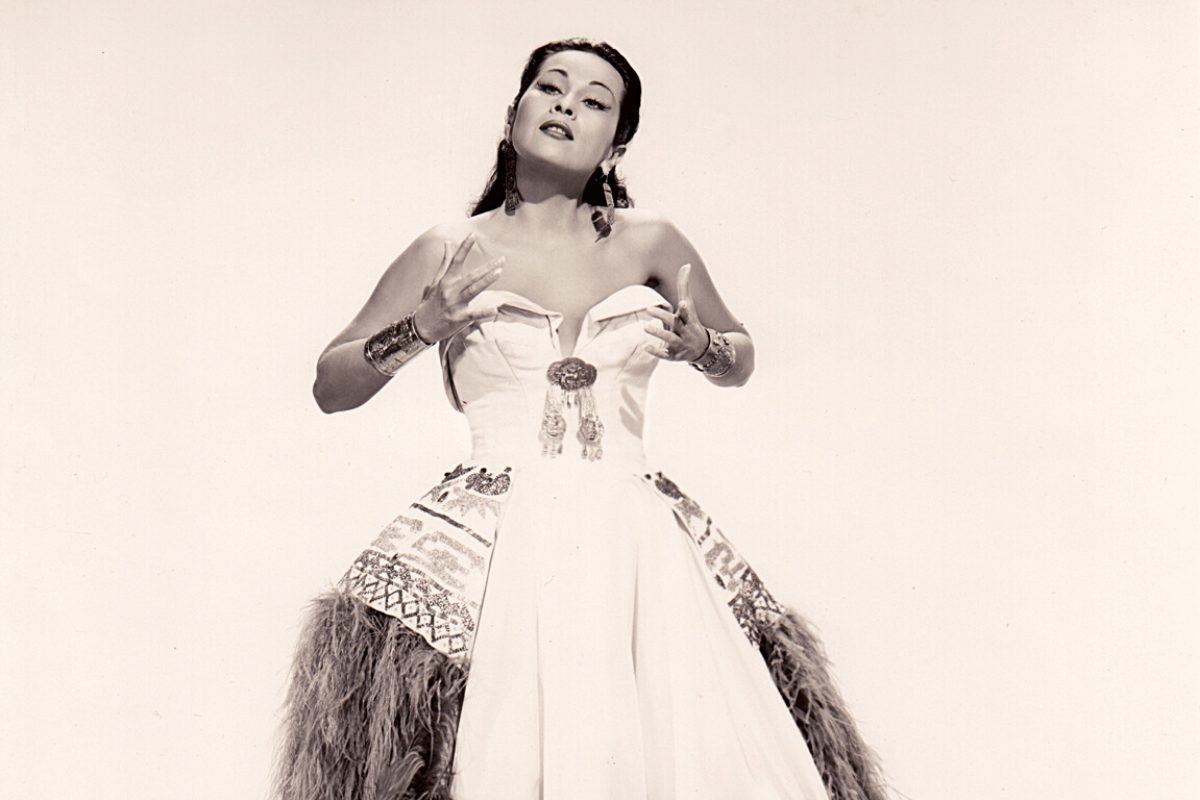 In the 1950s, Yma Sumac took over the North American airwaves with her mystical voice. The Queen of Exotica and Inca Princess was said to cast a spell on anyone who comes across her, with her exotic look and nearly five-octave range. She was known for her exquisite gowns, her Inca jewels, and headdresses, a true diva from the beginning.

Yma Sumac started out singing folkloric music in Peru, with her husband, Moises Vivanco, back in 1942. She rose to fame in Latin America, claiming to be a descendent of the last Inca King, Atahualpa. Having reached the top, the Peruvian couple moved to the United States in 1946, with a new group: the Inca Taqui Trio.

While the trio did not succeed, Yma signs on with Capital Records which launches her career. Her first U.S. album, Voice of the Xtabay, has never been out of print. She is the only Peruvian woman to have a star on the Hollywood Walk of Fame. But yet, in her homeland of Peru, she was heavily criticized for exoticizing a Peru that didn’t exist. While Yma Sumac rose to prominence across the globe, the Peruvian public was not seduced by her song.

Today, Latino USA breaks down the phenomena behind one of the original divas, her conflicts and criticisms, and the impact of her legacy.

This story originally aired in September of 2019.