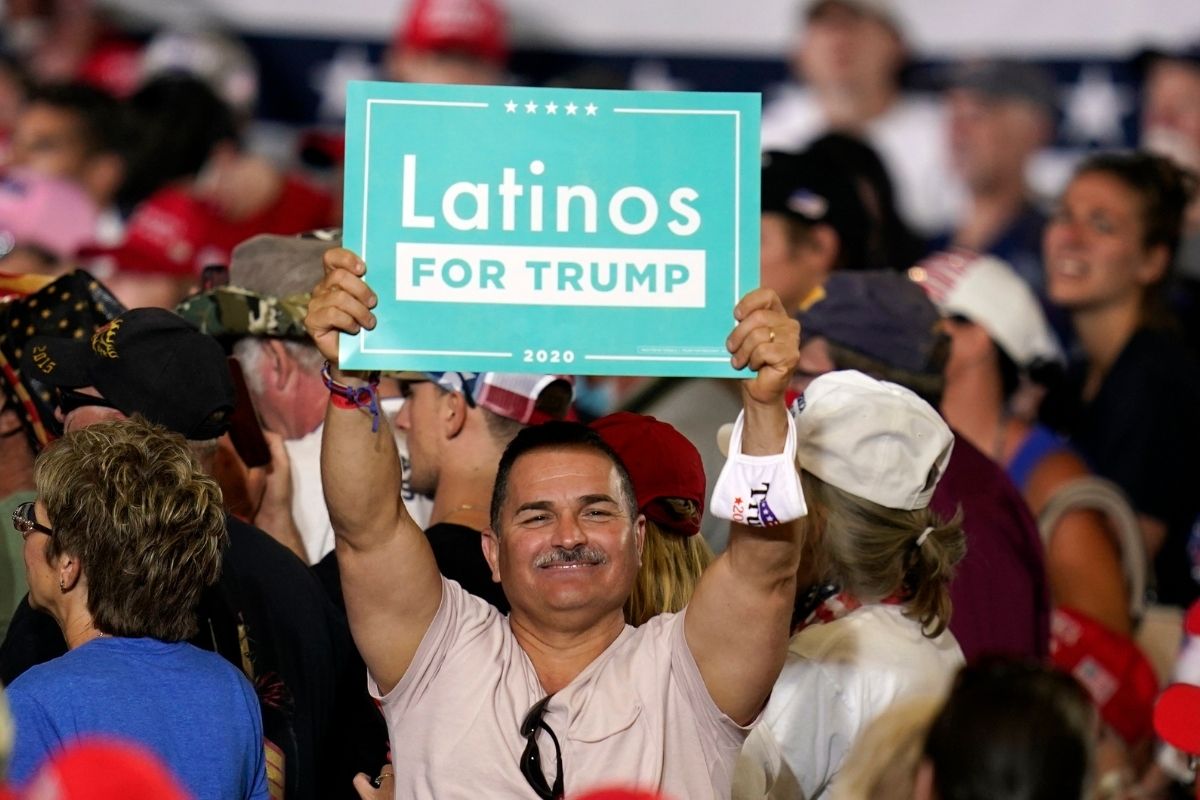 Why do Latinos support Trump? Many people have asked this question since 2016, when after launching his campaign by calling Mexican immigrants rapists, Trump still won about 28 percent of the Latino vote. Now, polls indicate that Trump could maintain —or even increase— his support among Latino voters in 2020.

Historian Geraldo Cadava started thinking about Latino Republicans in the ‘90s when he was a teenager. He’d start arguing with his grandfather, an immigrant from Panama, who’d become a U.S. citizen by joining the U.S. military. Cadava’s grandfather voted Republican for the first time in 1980 when Ronald Reagan promised to put money back into his biweekly paychecks by cutting taxes.

“What I became fascinated by is how, after that, he kind of embraced whole cloth all of the positions of the Republican Party,” Cadava told Latino USA. More recently, Cadava’s grandfather has become a fan of President Trump.

In his recent book, “The Hispanic Republican: The Shaping of an American Political Identity, from Nixon to Trump,” Cadava explains that roughly a third of Latino voters have cast their ballots for the Republican presidential candidate ever since Richard Nixon’s reelection in 1972. Puerto Ricans, Mexican Americans, Cuban Americans, and other Latinos have each come to Republican politics for their own reasons, but over the past 50 years many have developed a deep loyalty to the Republican party and conservative policy positions.

In this episode of Latino USA, we sit down with Cadava and with longtime Latino Republicans to explore the history of Latinos in the Republican Party, and talk about what President Trump might mean for their future.

4 thoughts on “A Third Of The Latino Vote”