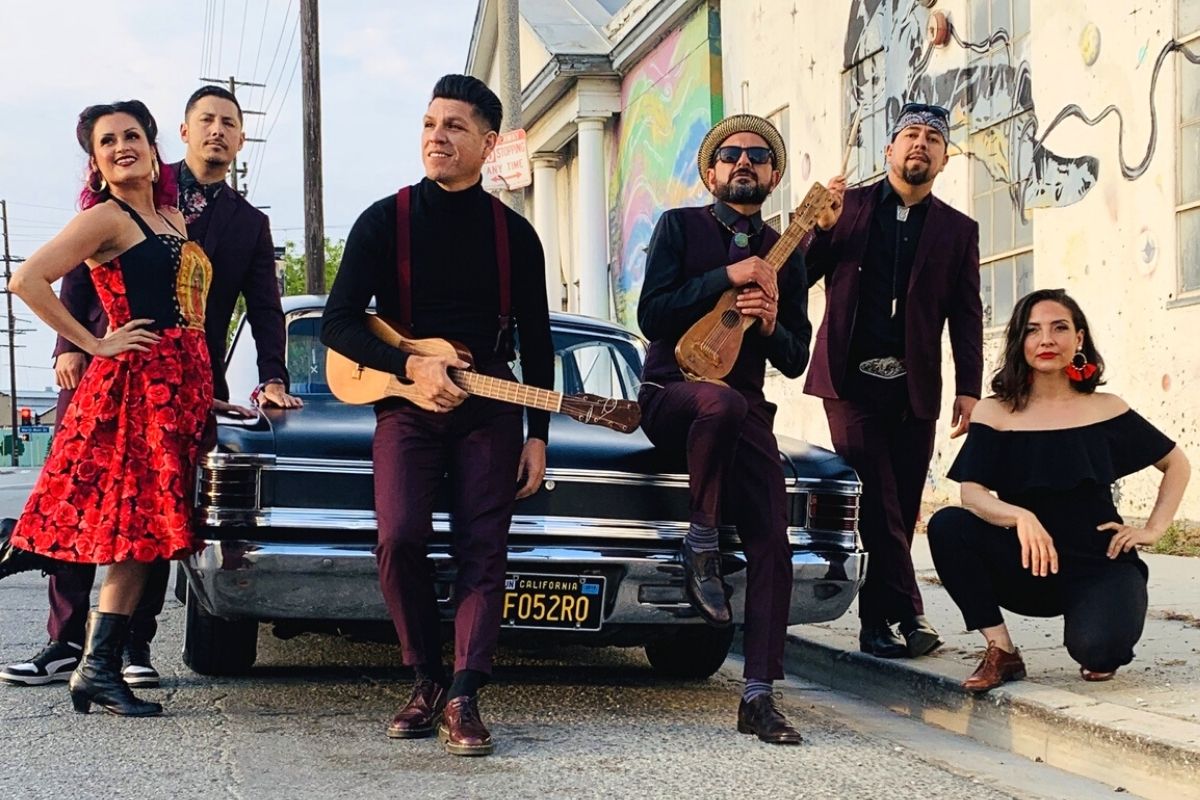 Las Cafeteras, a band out of East L.A., met doing community organizing. They began playing at the East Side Cafe, where they discovered Son Jarocho, traditional Afro-Mexican music from Veracruz, Mexico known for telling stories, and its call and response. They quickly began to adapt the music to their realities, fusing it with hip-hop, rock, ska, and spoken word telling the stories that they grew up in.

Known for their politically charged lyrics, Las Cafeteras speak out against injustices within the immigrant community, and their experiences as Chicanos in East L.A. Their most recent collaboration, “Long Time Coming” with a collective L.A. talent, came out last month in support of the global Black Lives Matter movement and urging people to go out and vote.

Singing in English, Spanish, and Spanglish, their message has reached the ears of listeners all over the world, from the stages of the Hollywood Bowl to New Zealand. For this How I Made It segment, Latino USA sat down with members of the group (Denise Carlos, Hector Flores, and Daniel French) to discuss how they got started, their efforts to tell and preserve brown stories, and one of their songs “I’m Not Your Puppet.”

3 thoughts on “How I Made It: Las Cafeteras”