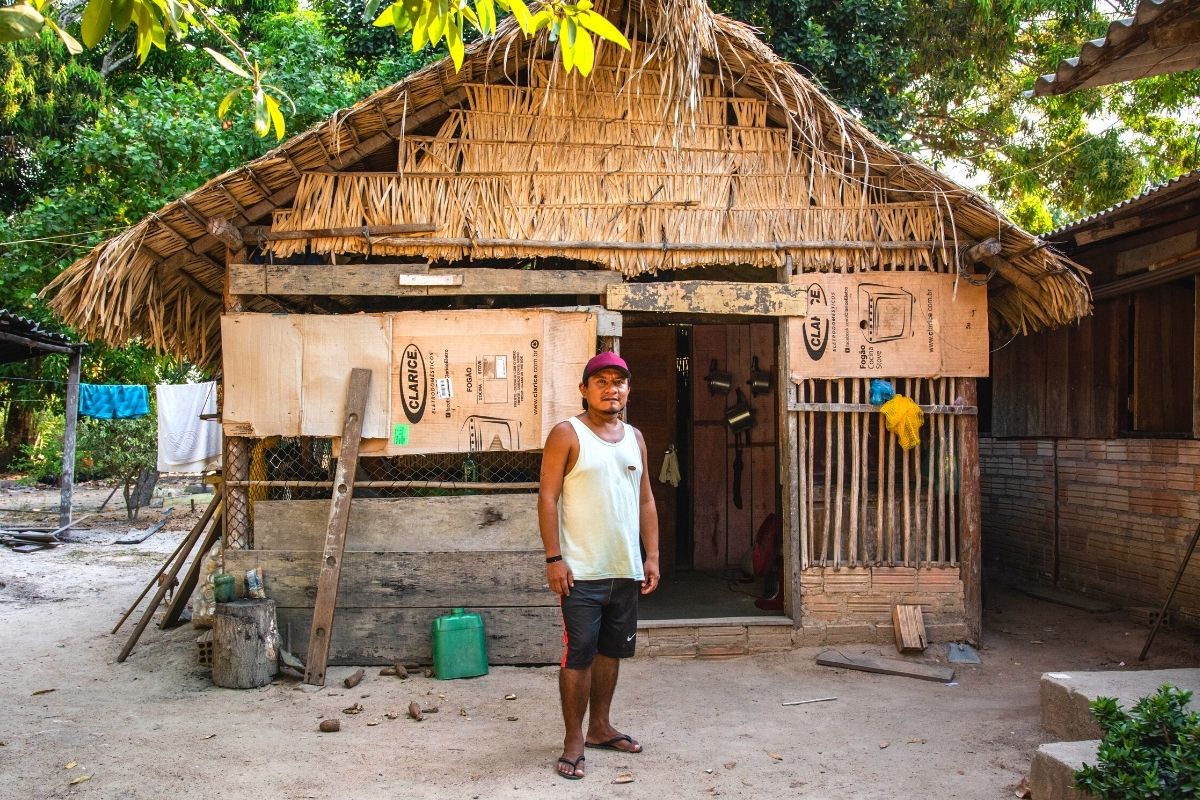 The arrival of the novel coronavirus in Munduruku territory —the heart of the Brazilian Amazon— has threatened the lives of the group and its entire culture. COVID-19 took the life of an important Munduruku leader, bringing both sadness to an embattled people and hampering language revitalization efforts. But the Munduruku are a warrior people defined by their fierceness and tenacity since even before Europeans arrived in the region. They have approached this struggle as they have all their battles. Whether against miners, loggers, and invaders of a different stripe: without reservations.

Amâncio Bijatpu Ikon was a renowned Munduruku leader in the village of Praia do Mangue, a small community on the outskirts of a bustling town along the Tapajós River—one of the Amazon’s most important tributaries. He led efforts to revitalize the Munduruku language through the development of Indigenous curriculum —a school— devoted to the cause. In June 2020, Amâncio passed away from COVID-19, like so many Indigenous people throughout Latin America. His passing was traumatic not only because it put a dint in revitalization efforts, but also because it cast a light on the unequal treatment of Indigenous people in Brazil—a country with a dark colonial history. Amâncio received substandard medical treatment and his experience demonstrated to so many Munduruku people how dire their plight really is in the face of a raging pandemic.

From illegal mining and logging to destructive dams to land grabbers to a federal government that often ignores their concerns outright, the Munduruku along the Tapajós River are under attack on all fronts. Yet, the Munduruku have always prized their warrior traditions. The inhabitants of Praia do Mangue and Munduruku activists throughout the Amazon fight on, including the internationally famous Alessandra Korap. Even Amâncio’s own grief-stricken son, Arlisson, notes that the Munduruku struggle will continue, and no threat, not even the lethal coronavirus, will prevent his people from maintaining their land and culture.