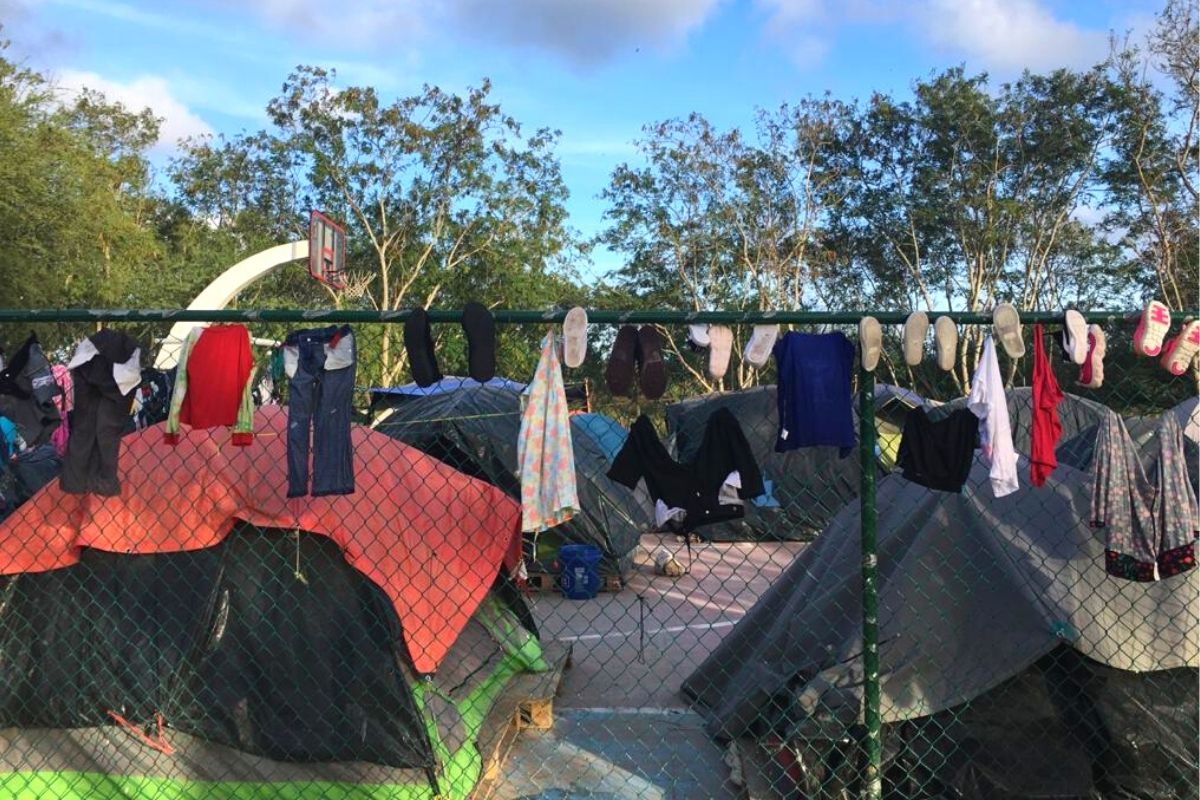 Since January 2019, nearly 68,000 asylum seekers have been ordered to wait in Mexico as their cases make their way through the U.S. courts system. The wait can take years, and it can often be deadly.

After Mexico boasted its highest number of deportations ever in 2019, a group of Mexican researchers and advocates set out to document just how extensive the cooperation has been between the United States and Mexico and how this unofficial collaboration allows dangerous policies like the “Remain in Mexico” program to flourish.

Alicia Moncada, a human rights investigator at the Fundación para la Justicia y el Estado Democrático de Derecho, a Mexican NGO that promotes access to justice, and Gretchen Kuhner, director of IMUMI, The Institute for Women in Migration, and their colleagues set out to investigate the effects of the program in their own country. They spent the last year traveling and speaking with asylum seekers living in shelters and the streets in towns along the U.S.-Mexico border. They also connected with family members of migrants living in the U.S. whose loved ones were kidnapped, assaulted, and even murdered while they waited in Mexico.

What they found was that Mexico’s own immigration policies, under a leftist president that had once campaigned for migrants’ rights, mirrored those of the Trump administration. Even, they say, in violation of Mexico’s own guaranteed constitutional protections.

In this episode of Latino USA, Maria Hinojosa talks to Alicia and Gretchen about their findings, including some surprising discoveries, and why it is so important for the voices of Mexican researchers —living where U.S. policies are actually playing out— to be heard as President Biden takes office.

2 thoughts on “In The Mouth Of The Wolf”