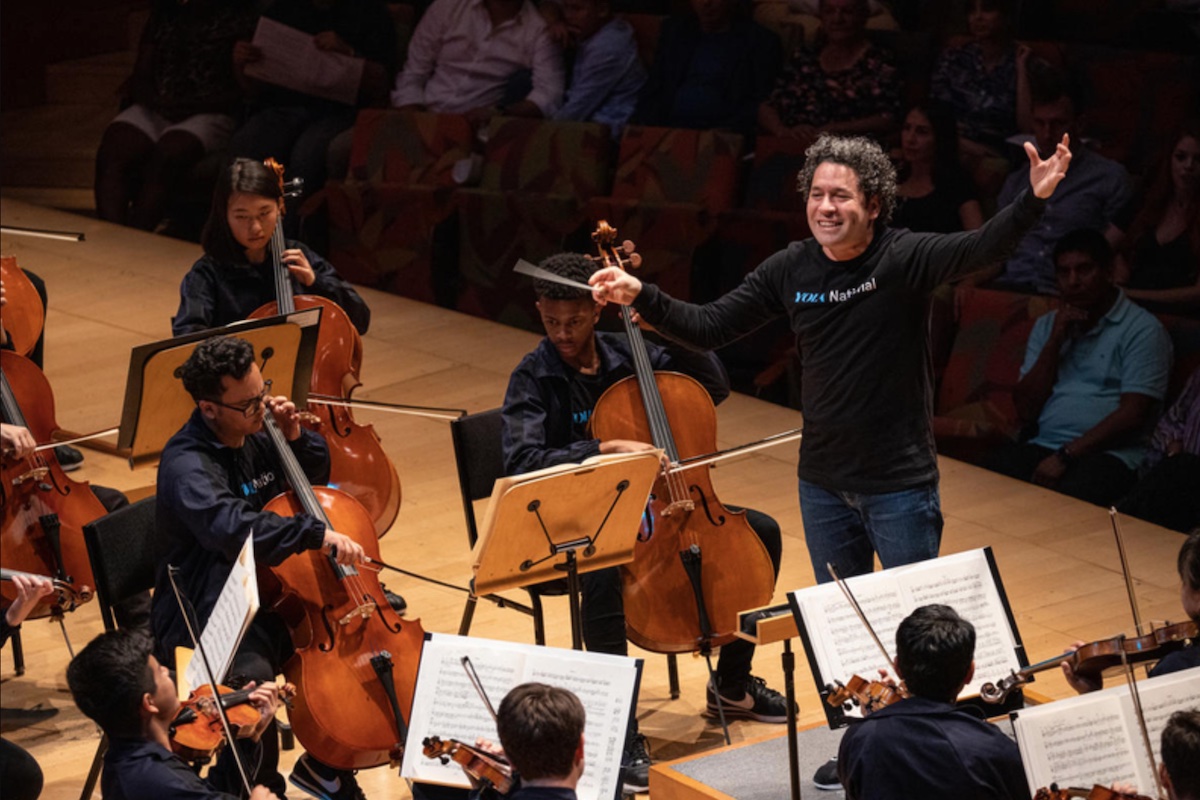 There are many reasons why you would recognize Gustavo Dudamel’s name. The Venezuelan wunderkind is the Music and Artistic Director of the Los Angeles Philharmonic—a post he stepped into in 2009, when he was just 27 years old. His prodigious career in music, however, began much earlier.

As a child, Dudamel first picked up the violin and joined El Sistema, Venezuela’s national youth music education program founded by musician and activist José Antonio Abreu. But Dudamel was already at the conductor’s podium by the time he was 13 years old. He quickly rose the ranks and, at 18, he was appointed the Music Director of the Orquesta Sinfónica Simón Bolívar de Venezuela, then the national youth orchestra.

El maestro’s formative years as a student in El Sistema became the foundation of what he calls his “infinite roots.” Dudamel has traveled extensively across the world, performing and expanding access to music and arts education. In the two decades since graduating from the program, he went on to conduct major international ensembles, including performing with the Royal Stockholm Philharmonic Orchestra, directing the Gothenburg Symphony, and helming the “Americas” tour with the Vienna Philharmonic. His extensive list of accolades includes the Gish Prize, one of the U.S.’s most prestigious arts awards, the Paez Medal of Art from The Venezuelan American Endowment for the Arts, and his own star on the Hollywood Walk of Fame.

Dudamel’s work onstage is complimented by his work behind-the-scenes as the founder of the Youth Orchestra Los Angeles —a local youth music program modeled after El Sistema— and as the head of his own charity, the Gustavo Dudamel Foundation, which promotes arts education opportunities. Dudamel’s work has catapulted him into pop-culture fame, as well, having performed in the Super Bowl in 2016 and making appearances in Sesame Street, The Simpsons, Mozart in the Jungle, and Trolls World Tour.

The conductor recently signed on to continue heading the LA Phil through the 2025/2026 season. But most immediately, Dudamel —like so many others— found himself needing to adapt his work to at-home limitations brought on by the COVID-19 pandemic. The moment speaks to Dudamel’s personal philosophy of finding creative ways to keep the music playing, all while stressing the importance of staying in touch with his roots. In a conversation with Latino USA, Dudamel talks about staying indoors, calling family home, and his unwavering belief that music will inspire a stronger future for all.

2 thoughts on “Gustavo Dudamel’s Harmony In Times Of Crisis”