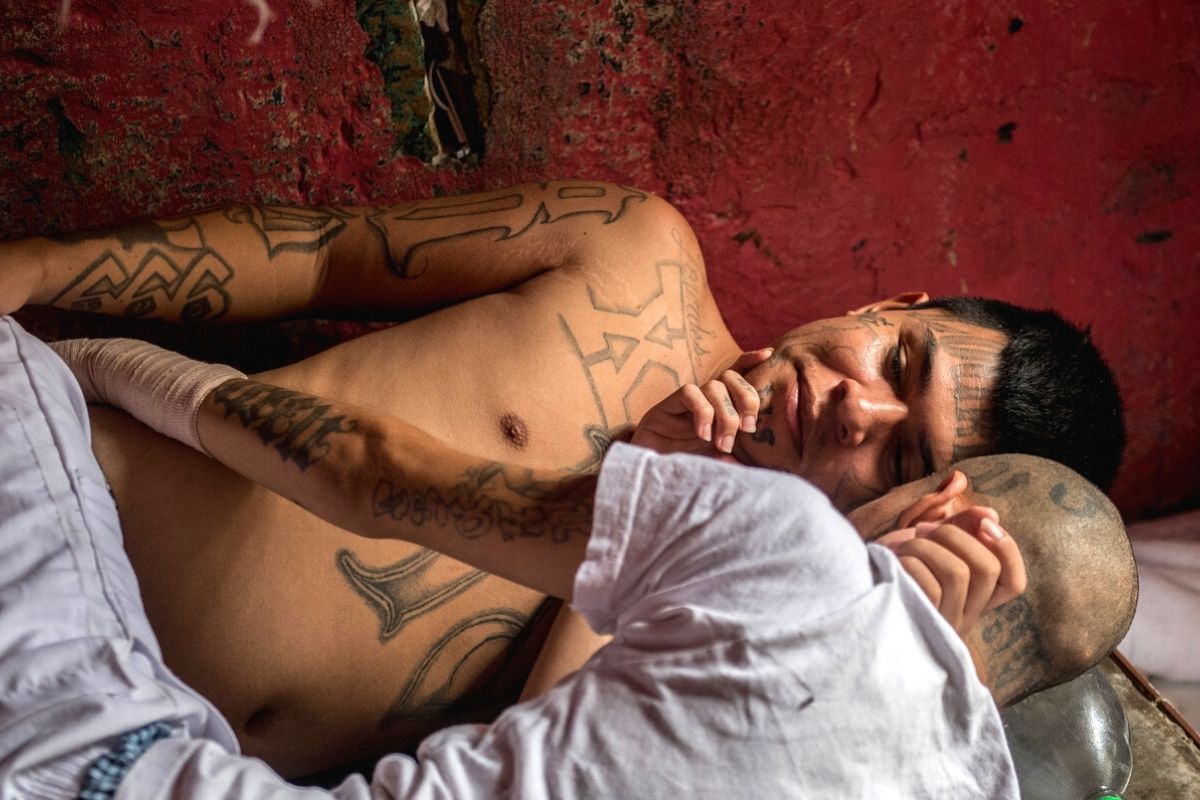 A few years ago, something unusual happened in a prison in western El Salvador. The prison, San Francisco Gotera, was entirely dedicated to holding members of MS-13 and the 18th Street gang. But in 2017, nearly all the inmates inside the prison withdrew from their gangs and converted to Christianity. Evangelical churches came to control nearly every part of the prison.

The only area that remained outside the church’s grasp was a small isolation block where inmates are locked in around the clock. And in that isolation block, nine men chose to live together inside a single tiny cell because they’d made a decision that was unforgivable to both the gangs and the church.

They are gay, and they’d decided not to hide it.

In 2019, Marlén Viñayo and Carlos Martínez set out to document life inside that cell. Marlén is a Spanish filmmaker who has lived in El Salvador since 2013, and Carlos is a Salvadoran reporter who’s written about gangs for the local newspaper El Faro for a decade. They were given twelve days to film daily life inside the prison.

Their documentary film Unforgivable tells the story of Geovany, a former hitman for the 18th Street gang who left the gang and converted to Christianity in prison, only to ask to be transferred to the isolation cell to live openly as a gay man. Since it was released in 2020, the film has received top awards at international film festivals including Hot Docs, The International Documentary Film Festival Amsterdam, and the Guanajuato International Film Festival.

In this segment from our How I Made It series, Marlén Viñayo and Carlos Martínez talk about the challenges of documenting life in an overcrowded prison cell, and reflect on what the world they found inside that cell can tell us about the society outside the prison walls.

Unforgivable is currently hitting the film festival circuit. To stay up to date, including release dates, we suggest you follow their official Twitter page @DocUnforgivable.