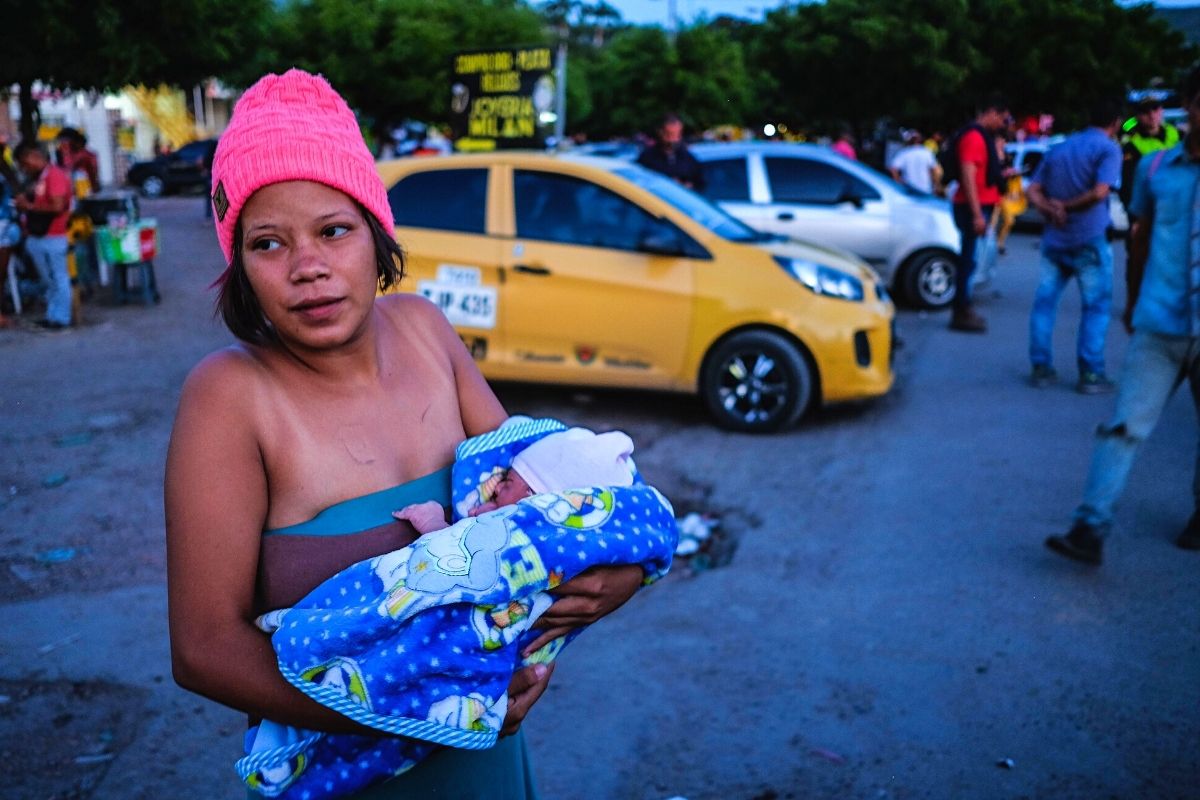 At Erasmo Meoz hospital, in the border city of Cúcuta, Colombia, a young woman stands out among the crowd in the maternity waiting room: she wears a pink, wool beanie and a blue hospital gown. Her name is Ecsibel Henriquez. She’s 20 years old and about to give birth to her second unplanned child.

Ecsibel is from Venezuela, where the prolonged economic crisis has made scarcity commonplace. Beyond the lack of basic goods like soap or toothpaste, Venezuelans struggle to find birth control methods and, in any case, they are often too expensive. Most Venezuelans need to prioritize food or medicine.

The lack of contraceptives may not sound like an urgent need for some people, but it is crucial for many women because it can have a long-term impact on their education, professional development, and economic and psychological well-being. In Venezuela, contraceptive shortages have driven pregnancies up —especially among teenagers— and thousands of women like Ecsibel are leaving the country to safely give birth or in some cases have an abortion.

The case of Ecsible isn’t unique. Access to birth control and other reproductive services for women in Latin America and around the world has been impacted by decisions taken in the U.S. With the “Mexico City Policy,” also known as Global Gag Rule, the Trump administration cut support for non-profit organizations providing abortion services abroad.

But dwindling access to birth control is not only a foreign issue. Family planning options have been reduced in recent years, both at the federal and state levels—from limiting access to free contraceptives for low-income women to outright banning abortions

In this episode of Latino USA, we follow Ecsibel as she gives birth to her second unplanned child in Colombia, and we look at how something seemingly “small” and often overlooked, like the lack of contraceptives, can have big and long-lasting consequences for women, both in the U.S. and abroad.