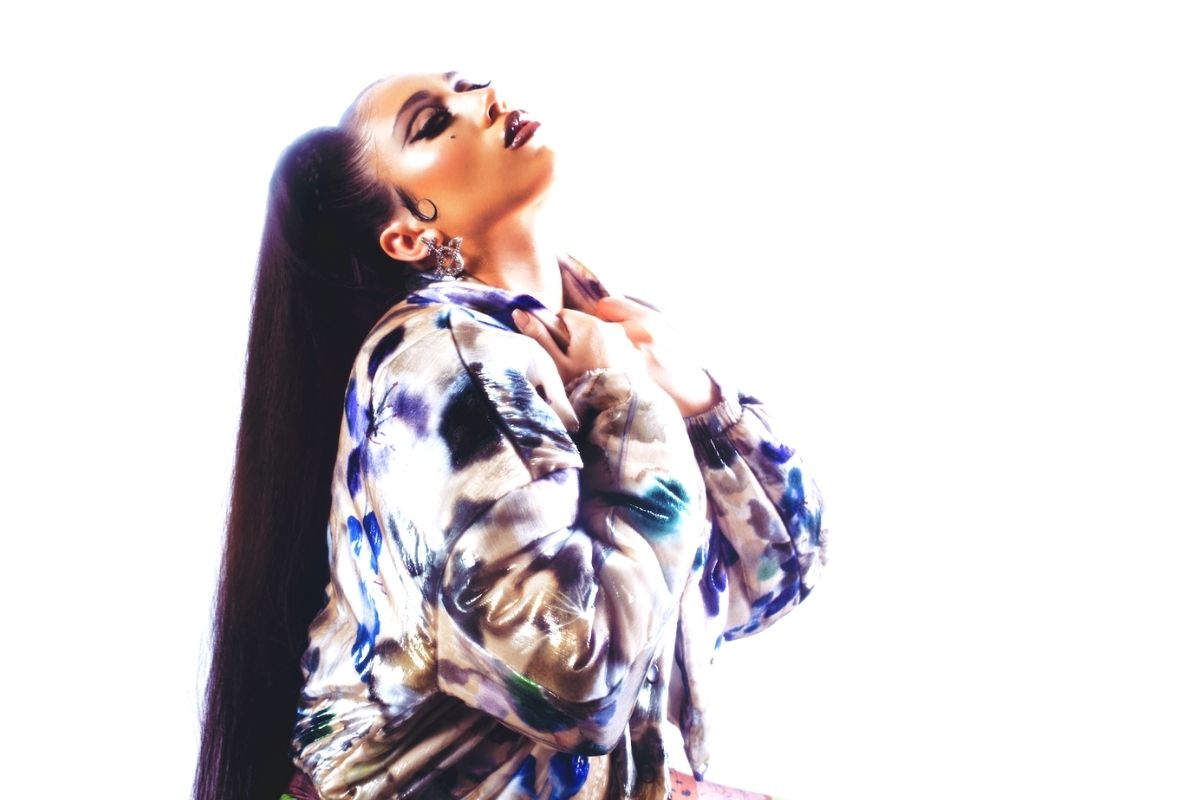 Artist and singer Kali Uchis was born in Virginia to Colombian immigrant parents. When she was four or five years old, her family moved back to Colombia. She spent several years living in a small town near the city of Pereira, in a house she remembers being full of birds. At night, she would listen to songs she wanted to dream to, like “La luna en tu mirada” by the Cuban band Los Zafiros.

Kali Uchis’s family eventually moved back to Virginia. In 2012, during her last year of high school, powerful people in the music industry noticed Kali when she dropped a mixtape. Since then, she built a career making music inspired by the wide range of musical styles she listened to growing up, from doo-wop and soul to Latin pop and perreo. She released her first album Isolation in 2018 to wide acclaim. She’s been nominated twice for the Grammys and once for a Latin Grammy.

In late 2020, Kali Uchis released her second album Sin Miedo. While Kali always sung in both English and Spanish, most of her earlier music had been in English. Sin Miedo, on the other hand, is a decidedly Latin album with lyrics primarily in Spanish. The album includes collaborations with Latin music stars like Tainy and Jhay Cortez. The album was considered a risky move for an artist based in the United States who had built up a fan base of English speakers.

On this How I Made It segment, Kali Uchis talks about growing up between Colombia and Virginia, the inspirations behind her biggest hits, and why she decided to ignore those who told her not to sing in Spanish.

One thought on “How I Made It: Kali Uchis”