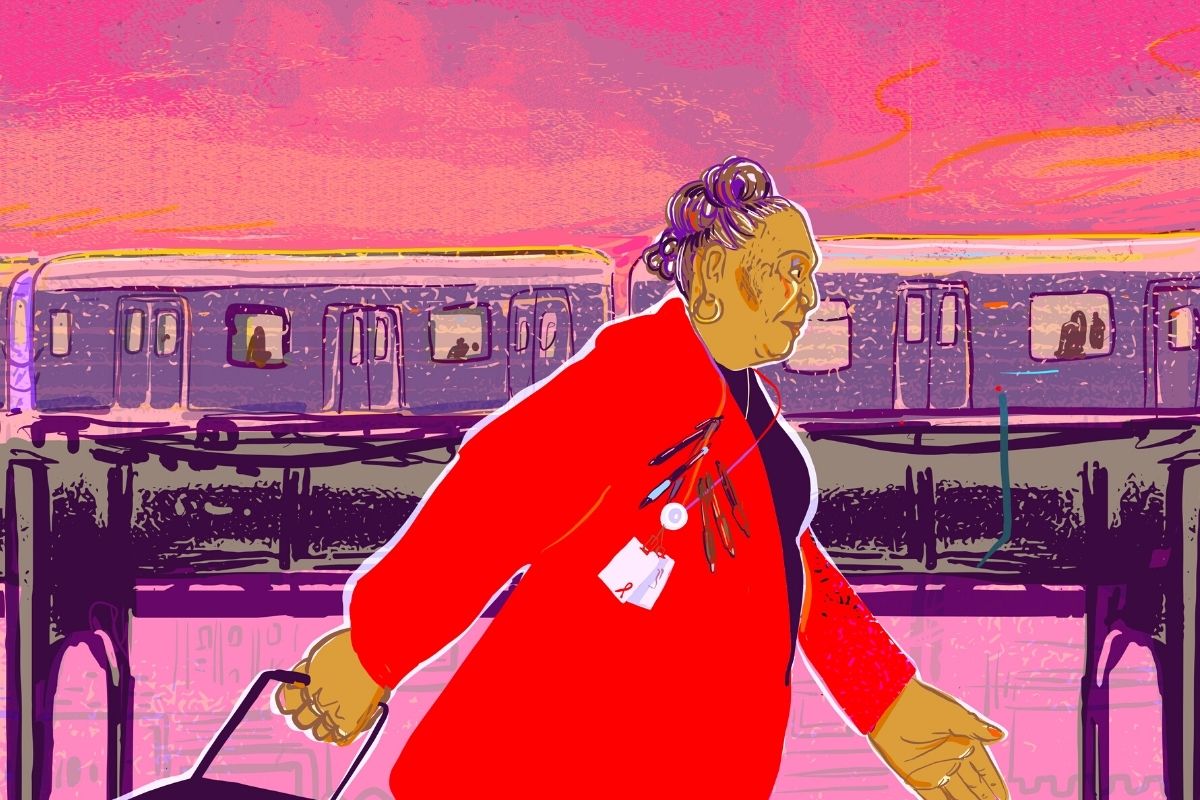 One year after her passing, we remember the life and explore the legacy of Lorena Borjas, known as the mother of the translatina community in Queens, New York.

When pioneering trans activist Lorena Borjas first arrived in the U.S. in late May of 1981, she found both community and an epidemic. Cristina Herrera, one of Lorena’s oldest friends, remembers: “We were seeing more of our peers become HIV-positive. But at the same time, we were not focusing on that aspect of living. We were just trying to really make the most out of our lives because we lived like we didn’t know if we were going to be around a year from then.”

In the late 80’s, Lorena began doing sex work to make ends meet, leading her to connect with other translatinas doing the same on Roosevelt Avenue, in the heart of Queens. It was here that she witnessed the intersections of many forces—over policing of communities of color, criminalization of sex work, and the trans community’s lack of access to healthcare.

The experiences on Roosevelt Avenue led Lorena to develop what she called her alcance, her “outreach.” Beginning in the mid-90’s, and for decades to come, Lorena could be seen walking down Roosevelt Avenue with her legendary wheelie bag, handing out condoms and connecting trans sex workers to critical medical and legal services. Feeling there were no spaces specifically for translatinas, trans sex workers, and HIV-positive trans women, Lorena began creating these spaces in her own apartment, and eventually with organizations across Queens and the rest of New York City.

Fellow activists Cristina Herrera, Cecilia Gentili, and Liaam Winslet paint a picture of the evolution of Lorena’s impact on the community: from her early mutual aid work to the vast network and movement she helped to forge.

Lorena’s alcance, however, would be interrupted in 2020, when another massive health crisis —COVID-19— took her life, putting into stark relief her vast legacy.

One thought on “Lorena’s ‘Alcance’”