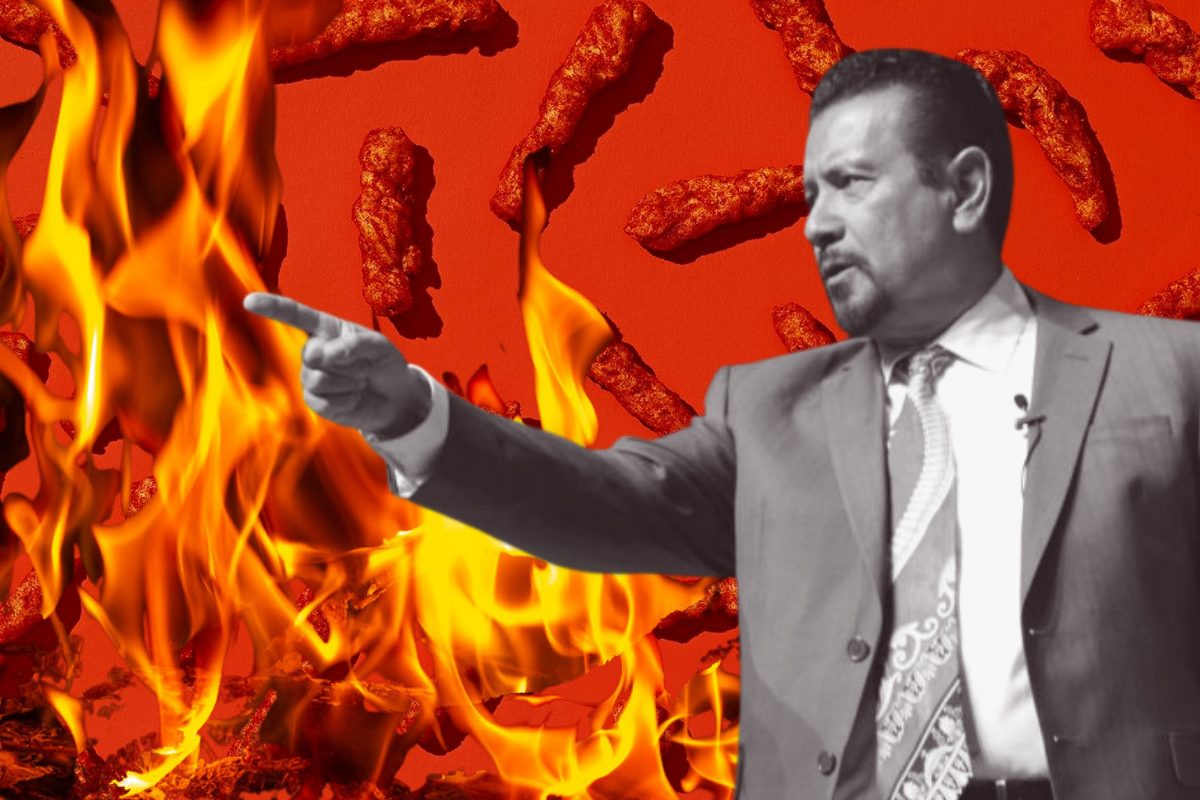 For many years, Richard Montañez was known as the Mexican janitor who invented Flamin’ Hot Cheetos. His incredible rags-to-riches story was turned into not one but two books and even a planned biopic directed by Eva Longoria set to come out some time next year. For many people in and around Los Angeles who knew Richard’s story, he was considered something of a folk icon. That is until May of this year when the L.A. Times published a 5,000-plus word article titled “The man who didn’t invent Flamin’ Hot Cheetos.”

In the article, business reporter Sam Dean says he interviewed over a dozen former Frito Lay employees and pored over news and company archives to prove that the timeline in Richard’s storytelling didn’t exactly line up. Frito Lay, which performed their own internal investigation into Richard’s claims, told the L.A. Times that none of their records showed “that Richard was involved in any capacity in the Flamin’ Hot test market.” The article caused an uproar. Some people were upset with Montañez for perpetuating what they felt was a lie for so long. For others, the article didn’t change how they felt about Richard, but instead made them upset with the L.A. Times for what they perceived to be a tearing down of a successful Latino businessman.

Latino USA was supposed to interview Richard Montañez just days before the L.A. Times piece was published, but our interview was postponed and the focus of our story obviously shifted. In this episode, we don’t just get to talk to Richard, the man at the center of the controversy, but also get to hear from L.A. Times columnist, Gustavo Arellano, who felt that the anger that was directed at the Times and eventually at him, was largely misdirected and misplaced. We also speak to Rachel Reyes, a community organizer based in L.A. who wrote an op-ed in Richard’s defense titled “Hot Cheetos are Los Angeles” for the community journalism project, Knock L.A.

Behind the story about whether Richard Montañez is telling the truth or not, though, is the very true story of the Frito Lay company. We take a look at why this controversy is so much more than just about a fiery red snack but a story about race, identity, culture, and the stories that we choose to believe.