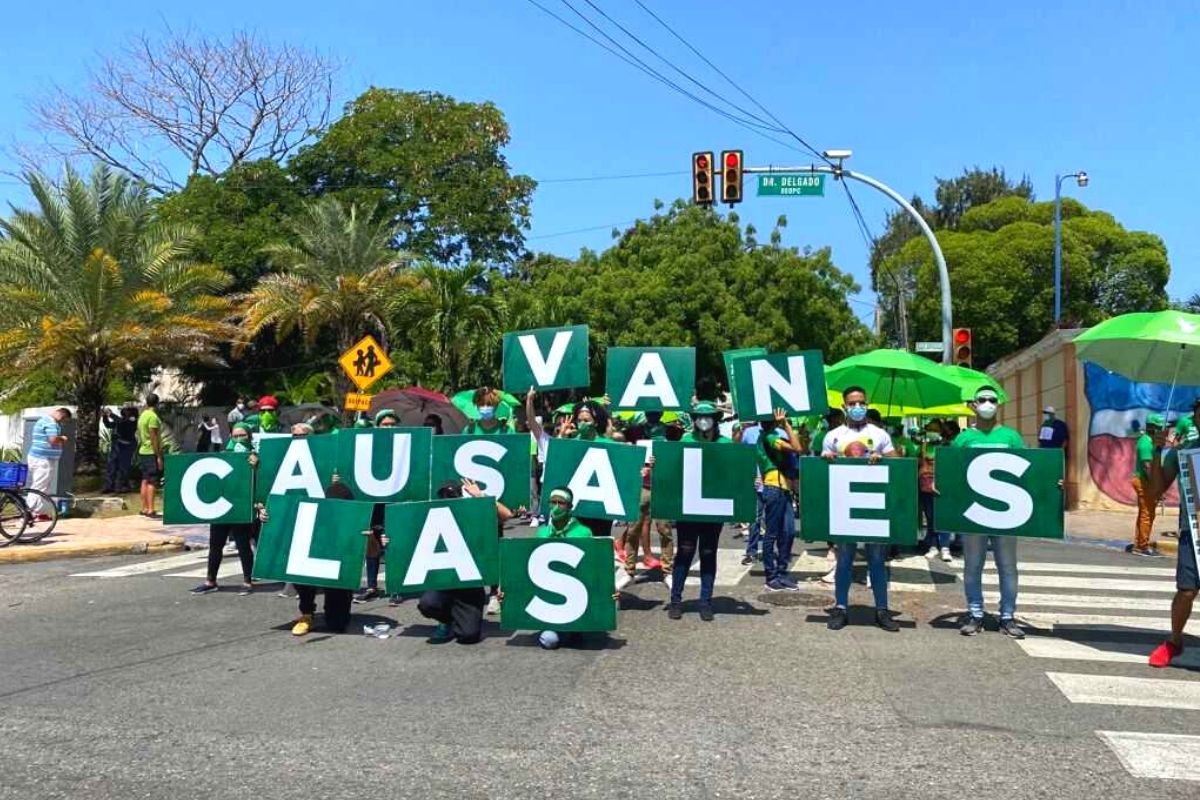 On May 23, over a thousand activists from all over the Dominican Republic took to the streets of Santo Domingo to protest for a very specific set of abortion rights. The Dominican Republic is one of only five countries in the Americas where abortion isn’t allowed under any circumstances. The other countries are Haiti, Honduras, Nicaragua, El Salvador, and Jamaica.

A legal reform might be closer than ever before: activists have found an opportunity to fight for what are called the three “causales” —or three grounds— after a historic government change has led to a revision of the country’s penal code.

The three “causales” would allow abortion under three circumstances: when the fetus is nonviable, when the woman’s life is at risk, or when the pregnancy is the result of rape or case of incest.

While the United Nations and the Inter-American Court of Human Rights have stated their support of these “three grounds,” getting them passed has been a decades-long battle in the Dominican Republic due to the influence that conservatives and the Catholic church have in the country.

This year the movement for the “three causales” reached new heights when activists decided to camp in front of the National Palace for 73 days to speak out in support of this issue—culminating in the May 23 national protest.

In today’s episode, Dominican journalist Amanda Alcántara explains what it’s like to live in a country with a total abortion ban, and she shares the perspectives of some of those most affected by it. We hear from Lilliam Fondeur, a gynecologist who’s been fighting for these rights for over a decade; Saray Figuereo, a young activist who’s been involved in the protests; and Gina M. Goico, a New York-based activist and artist who recounts her story of navigating the health care system to access an abortion.