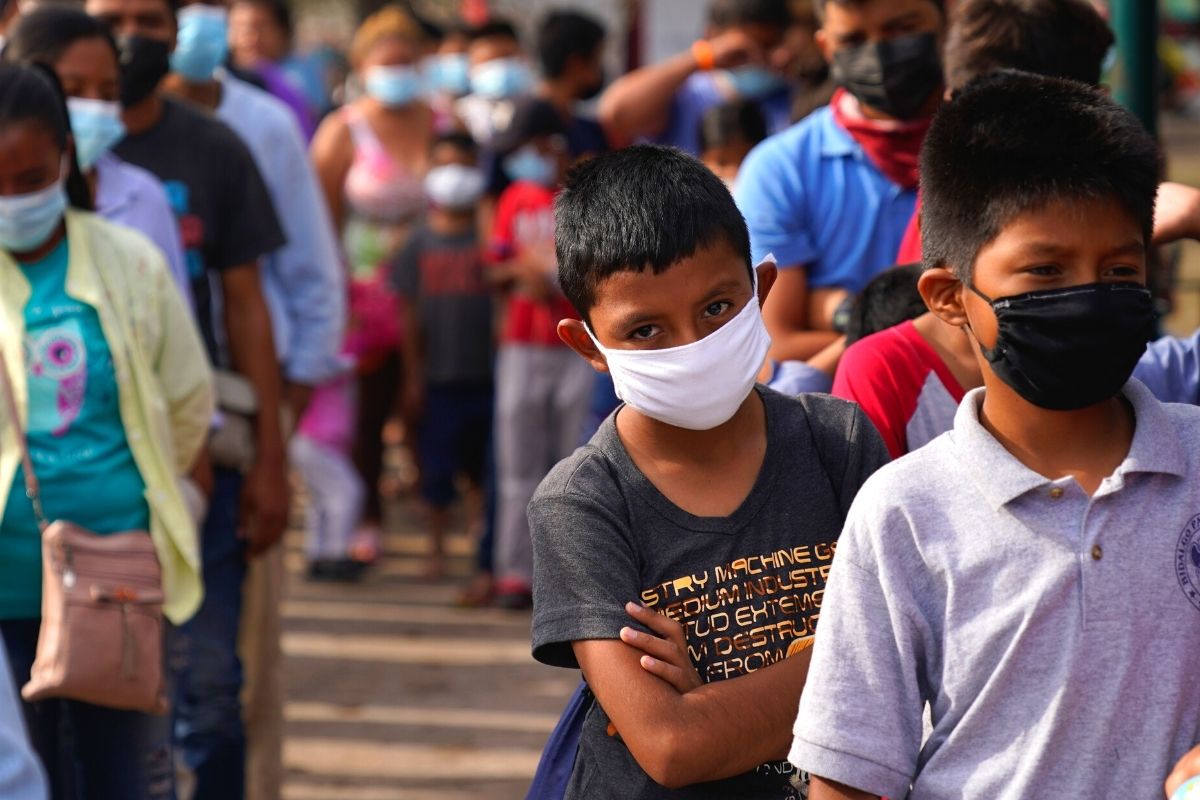 President Joe Biden made many promises related to immigration on the campaign trail. He even promised to end several Trump-era policies. Biden has been in office now for more than six months. What’s changed in terms of immigration and what hasn’t?

This week on Latino USA, we look at two Trump-era policies, the Migrant Protection Protocols (MPP) and Title 42 expulsions, to see where they are under President Biden.

The Migrant Protection Protocols was implemented in January 2019 and forced tens of thousands of migrants seeking asylum in the U.S. to wait in Mexico while their court cases unfolded in U.S. immigration courts.

During a debate in October of last year President Biden criticized the policy.

“This is the first president in the history of the United States of America that anybody seeking asylum has to do it in another country. That’s never happened before in America,” he said. “You come to the United States and you make your case that I seek asylum based on the following premise, why I deserve it under American law. They’re sitting in squalor on the other side of the river.”

This June he ended the policy on paper and has implemented “phases” that allow for some migrants who were under MPP in Mexico to be allowed into the U.S. while they seek asylum.

Advocates have said they want to see more action from the administration because, as of right now, not all the migrants who had been forced to wait in Mexico have been allowed in the U.S. Plus, the long-term effects of this policy have survived under President Biden.

Title 42 expulsions began last March due to the pandemic, according to the federal government. Migrants who cross the border, even those seeking asylum, are quickly returned to Mexico and not allowed into the U.S. with the pretext of containing the pandemic. Advocates have been calling on President Biden to end this policy, but it has remained in place.

Both of these measures —the Migrant Protection Protocols and Title 42— have left many migrants stranded and vulnerable in Mexico.