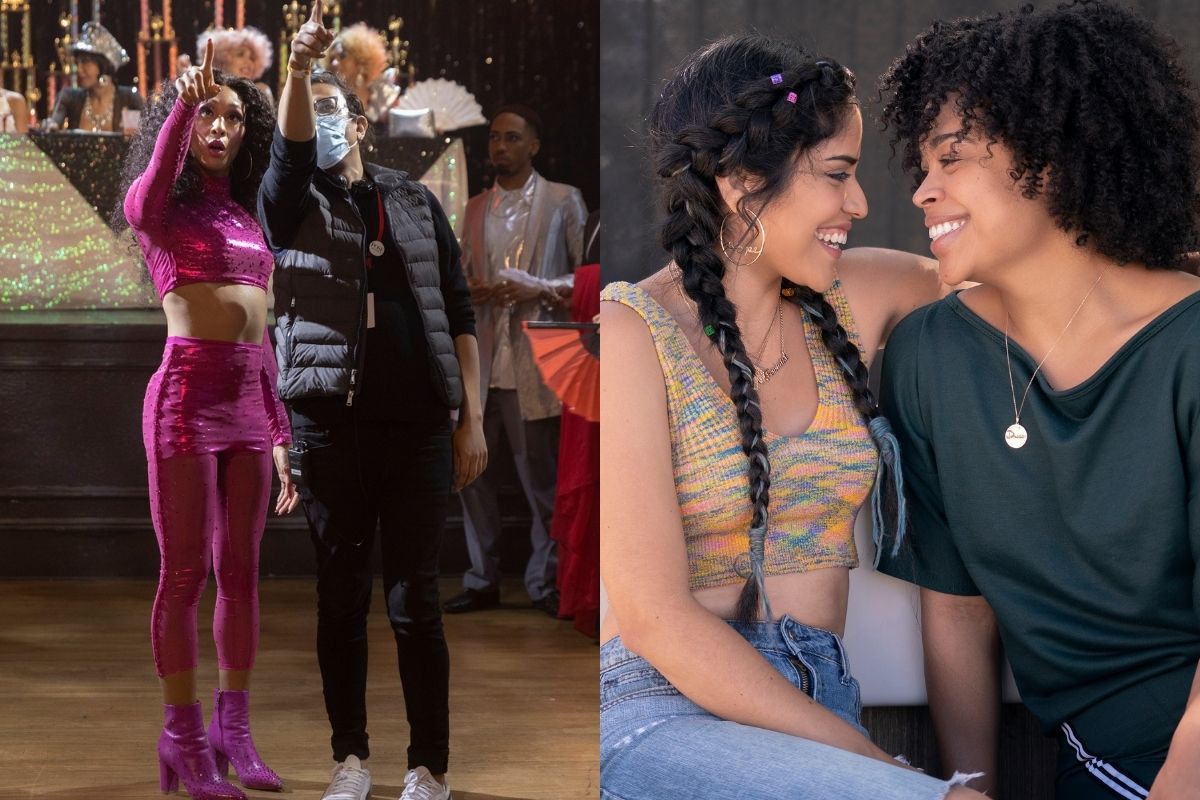 In September of 2016, Steven Canals sat down with television producer Ryan Murphy to pitch “Pose,” a period drama that follows the lives of queer and transgender characters involved in New York City’s underground ballroom scene during the 80s and 90s. Steven, a recent graduate of the UCLA MFA program in screenwriting, had developed “Pose” in a pilot writing class in 2014. Over the course of two years, he had pitched the series around Hollywood over 150 times—Ryan Murphy was the first to believe in his vision and greenlight the show.

Earlier that year, Linda Yvette Chavez was working with Marvin Lemus to write and direct an anthology web series called “Gentefied,” which focused on seven characters navigating gentrification in Boyle Heights, Los Angeles. In 2017, Chavez and Marvin began expanding “Gentefied” into a half-hour show, shifting the narrative to follow three cousins who work to keep their Boyle Heights taco shop in business in the midst of gentrification. Five months later, Linda and Marvin embarked on a pitch tour around Hollywood. This was Linda’s first experience selling a television script, and by the end of it, she was at the center of a six network bidding war.

Since premiering on FX and Netflix respectively, “Pose” and “Gentefied” have made waves in Hollywood, generating loyal fan bases and racking up numerous award nominations. Most notably, the first season of “Gentefied” was nominated for a Peabody award in 2020, and season three of “Pose” is currently a contender for numerous Emmy awards, including Outstanding Drama Series. “Pose” star, M.J. Rodriguez, is up for the award of Lead Actress in a Drama Series, making her the first trans woman to be nominated for an Emmy in a major acting category.

Steven and Linda’s success is even more notable given their respective Afro-Puerto Rican and Chicana identities—they are thriving in an industry in which Latinos and Latinas continue to be disproportionately absent from positions of power. Their work also stands out in an industry that has historically churned out one-dimensional portrayals of Latino individuals and communities.

In this episode of Latino USA, Steven and Linda give us an inside look at the factors that influenced their depictions of Latino individuals and communities on “Pose” and “Gentefied.” While walking us through notable scenes from their shows, they discuss the goals that laid the foundation for their characters and storylines, as well as the fears and questions they reckoned with along the way. Ultimately, we come to understand how some defining elements of “Pose” and “Gentefied” came to be.