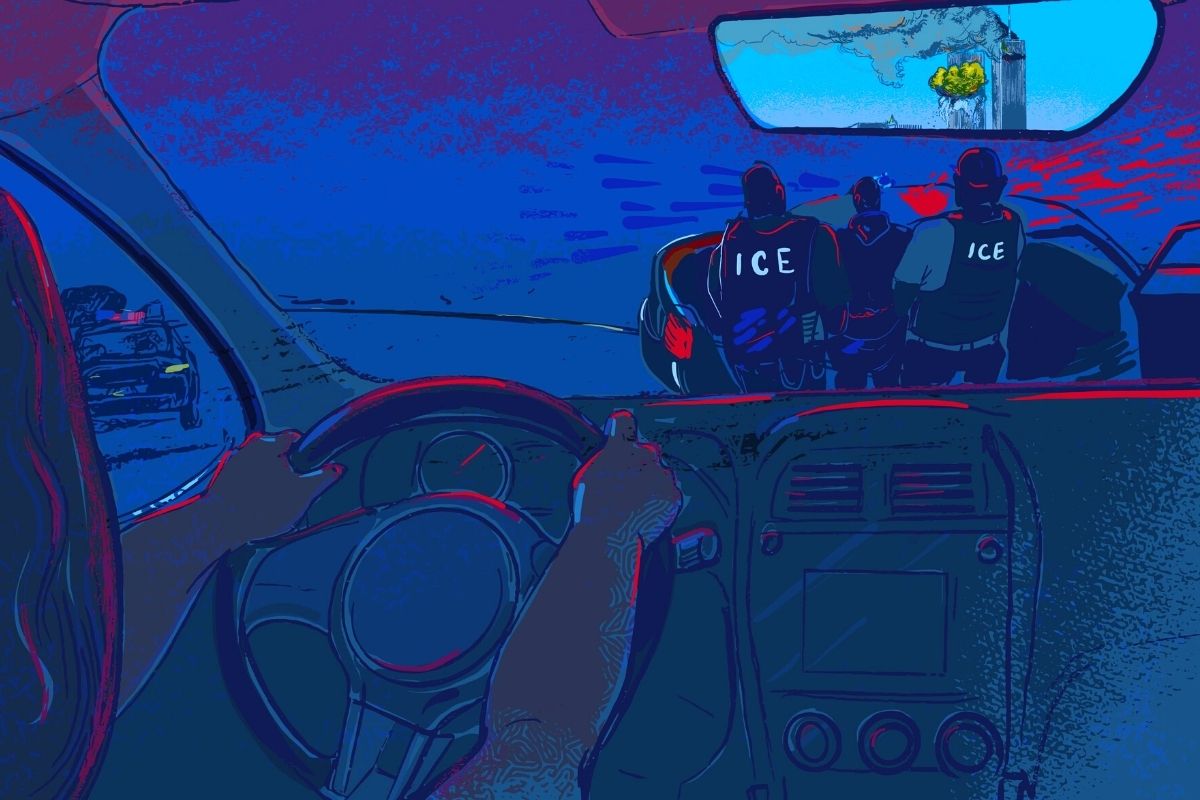 September 11, 2001 was a paradigm shift. It is considered the deadliest terrorist attack in world history: nearly 3,000 people died and thousands more sustained lifelong injuries, depression, and PTSD. After the World Trade Center fell, a traumatized nation lived in terror of another attack, and amid the chaos, the United States set out to prioritize national safety above all.

The 24-hour news cycle of the attacks focused endlessly on the identity of the terrorists: non-citizens who had been able to exploit “vulnerabilities” in the immigration system. In the eyes of the United States, “national safety” required an urgent revamp of the system—and the public agreed. People were willing to grant full control to government agencies under the guise that they’d keep Americans safe from terrorism. Harsh policy changes in the name of national security, such as the Patriot Act, came into effect. But both Congress and the White House also focused the weight of policy making on curving immigration, funding astronomical budgets to further tighten borders, and toughening enforcement against non-citizens, including Muslims, Latinos, and others with zero ties to terrorism.

One of the most impactful creations was The Department of Homeland Security (DHS,) which oversees Customs and Border Protection, U.S. Citizenship and Immigration Services, and Immigration and Customs Enforcement, commonly known as ICE.

But the changes also echoed inside communities across the country. For example, in the years following September 11, Real ID legislation was introduced at the federal level. It was touted as a way to standardize drivers’ licenses throughout the U.S. by setting minimum guidelines individual states would need to follow to grant identification and driving permits, including requiring the verification of legal status for every applicant. Since issuing licenses falls under states’ jurisdictions, the legislation has been expensive and slow to implement, but coupled with increased ICE partnerships with local law enforcement agencies, Real ID has posed a major threat to people living in the U.S. without legal status. Unlicensed, undocumented drivers risk deportation every time they’re on the road. In many places, this has led to a deliberate persecution of drivers, resulting in arrests and family separations due to minor traffic infractions.

Similarly, immigration reform has continued to be an uphill battle. Before 9/11, the sitting Bush administration indicated a support for pro-immigrant legislation, including pathways to citizenship such as the DREAM Act. In fact, testimonies for the proposed legislation were scheduled for September 12, 2001.

After the attacks, however, the bill was shelved and it has remained in limbo for the past 20 years, keeping thousands of potential young so-called DREAMers in the dark. The proposal has also been edited and gutted as the U.S. has undergone a fundamental shift in thinking since 9/11. The DREAM Act has reflected this change over the years.

September 11, 2001 marked a sharp, lasting redirection in U.S. immigration policy and attitudes. In this episode of Latino USA, we explore major changes and events from the past 20 years of immigration through the lens of this one catastrophic day.