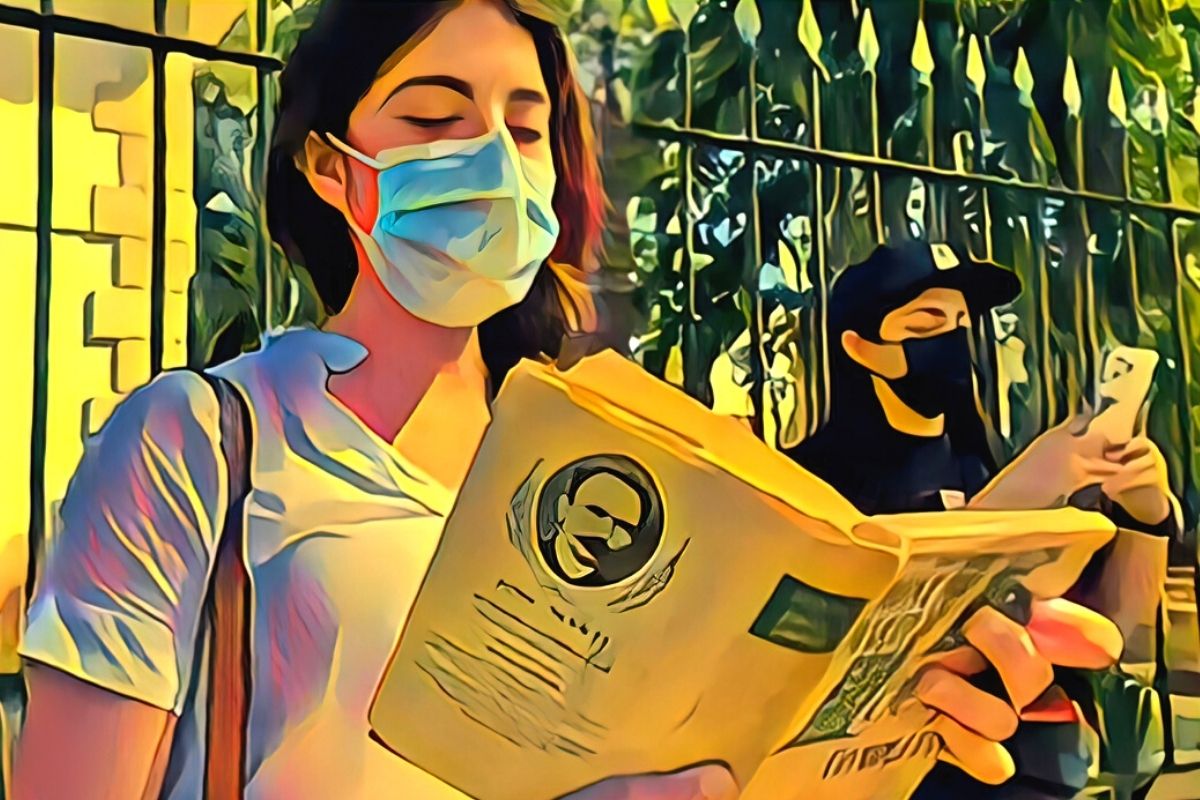 Carolina Barrero didn’t know that returning to Cuba after living abroad for years to join a protest movement would mean that she would witness the largest demonstrations the island had seen in decades.

“When we went to sleep on the 10th of July, no one could imagine what would happen the next day,” the young art historian remembered.

The morning of July 11th, dozens of videos started to circulate on social media, showing Cubans shouting “Abajo el comunismo,” protesting in front of the Communist Party affiliate offices all across the island and expressing their frustrations about a “collapsed” healthcare system, power outages and food shortages amid a global pandemic. Overall, protesters demanded change from a one-party government that has ruled for over 60 years.

The government rapidly deployed its security forces to disperse the crowds. A protester named Diubis Tejeda died in Havana after getting shot by a police officer, according to the Cuban Observatory of Human Rights (OCDH, in Spanish).

Barrero wanted to step out of her apartment in La Habana Vieja to join the demonstrations, but she couldn’t. She had already been put under house arrest after participating in previous protests propelled by artists. She was charged with defying the authorities, inciting crime, and printing clandestine flyers, but she denies having committed any crimes.

In the days that followed the July protests, hundreds of Cubans were charged with instigating unrest, vandalism, and propagating Covid-19. Some underwent summary trials without access to a defense lawyer, according to international human rights organizations.

The international media attention has faded away from the island, but activists like Barrero say the government has doubled down on its policing tactics, suppressing any expression of dissent on the streets.

Meanwhile, as of the end of September, more than 500 Cubans remained in detention, according to the local NGO Cubalex.

Some of those who remain imprisoned are artists from Movimiento San Isidro, a coalition that was founded in 2018 to oppose a new decree they said limited freedom of speech. Luis Manuel Otero Alcántara, a performance artist who has been one of the most known faces of the protest movement, and Maykel Osorbo, a rapper who participated in the hit song “Patria Y Vida,” are still jailed.

The Cuban government claims there was “no social uprising” and says detainees were processed under the law. It also blamed hardships on U.S. sanctions and claimed Washington and its “allies” were using social media to organize and purposely create disruption on the island.

In the months that followed the unrest, the government launched some economic measures to handle the crisis, but it also issued a decree to tighten control specifically on social media.

In this episode of Latino USA, we speak with Carolina Barrero from her apartment in Havana, where she has been on house arrest for more than three months. She had to borrow cellular data in order to do the interview because she says she is denied access to internet connection. We discuss what it means to be under house arrest on the island, the “myth” of Cuba, and how young generations are questioning the government’s understanding of what communism is.

Activists announced a new series of protests on November 15. The government banned the demonstrations and warned last week that those who participate “will face legal consequences for promoting and participating in illegal marches.”