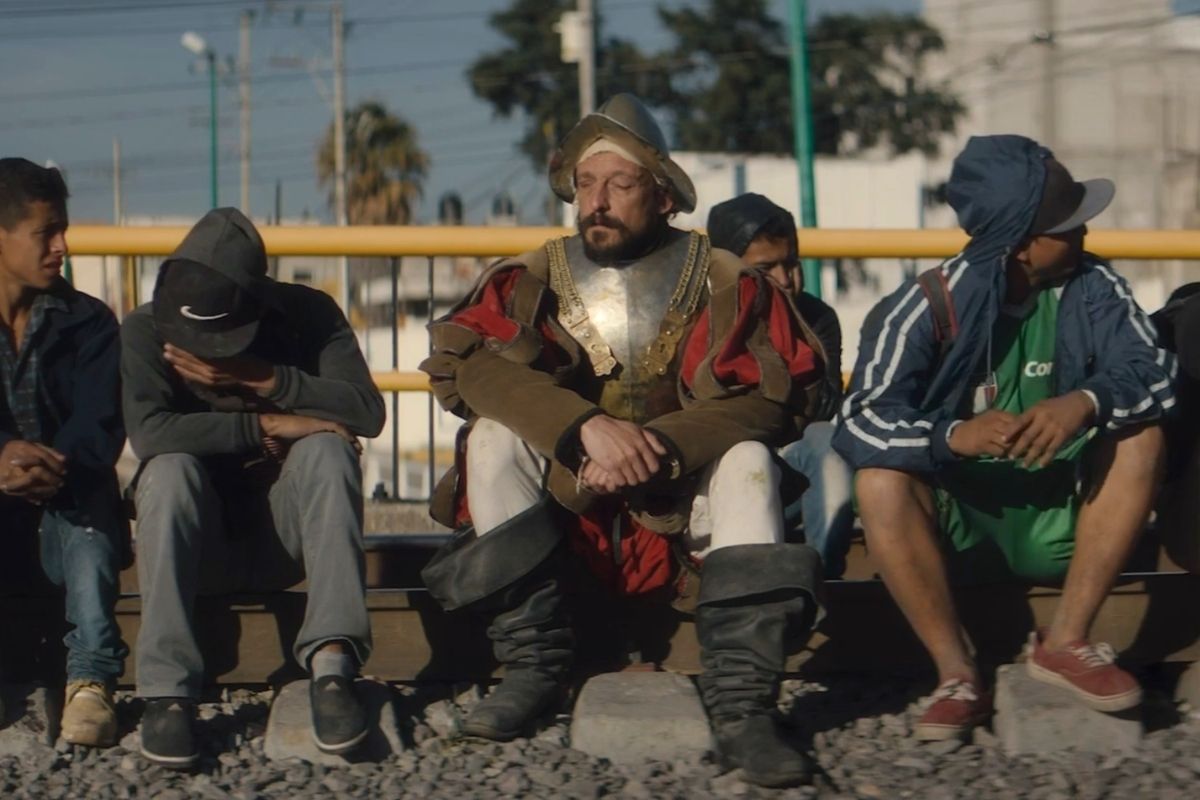 August 13, 1521 was a date that changed history in the Americas. On that day, a few hundred Spanish conquistadors, along with thousands of Indigenous allies, ended the bloody siege on Tenochtitlán and declared the fall of the Aztec Empire. Five centuries later, director Rodrigo Reyes brings us the film “499,” in which a nameless Spanish conquistador somehow washes ashore in modern Mexico to a world he can’t comprehend.

The ghostly conquistador retraces the steps he walked in the 16th century with Hernán Cortés and the rest of the conquistadors on their way to Tenochtitlán, the capital of the Aztec empire, the current site of Mexico City. For this new journey, however, the conquistador meets and must listen to the testimonies of victims of present-day violence in Mexico: a man whose father was killed because he was a journalist, Central American migrants who are fleeing their country because of death threats, a mother looking for justice for the femicide of her young daughter, and others.

In “499,” Reyes is not trying to impart a history lesson about what happened 500 years ago. Instead, he brings together past and present to reflect on the long-lasting consequences of colonialism.

After the film was completed, Reyes wanted to continue the conversation. He brought his film back to the people who shared their stories with him, and from July 31 to August 13, 2021, he screened the movie in 11 cities along the Cortés route. The events included a dialogue after each screening between the audience and the film’s protagonists to discuss and connect the violence of the distant past with what many in Mexico are living today, and to try to end that violent cycle.

In this episode of Latino USA, Reyes reflects on what it meant to go back to Cortés’ route on the 500 anniversary of the fall of the Aztec empire, and what he hopes viewers will take away from his film.

“499” is available in the U.S. through Cinema Guild and in Mexico through Somos Piano.