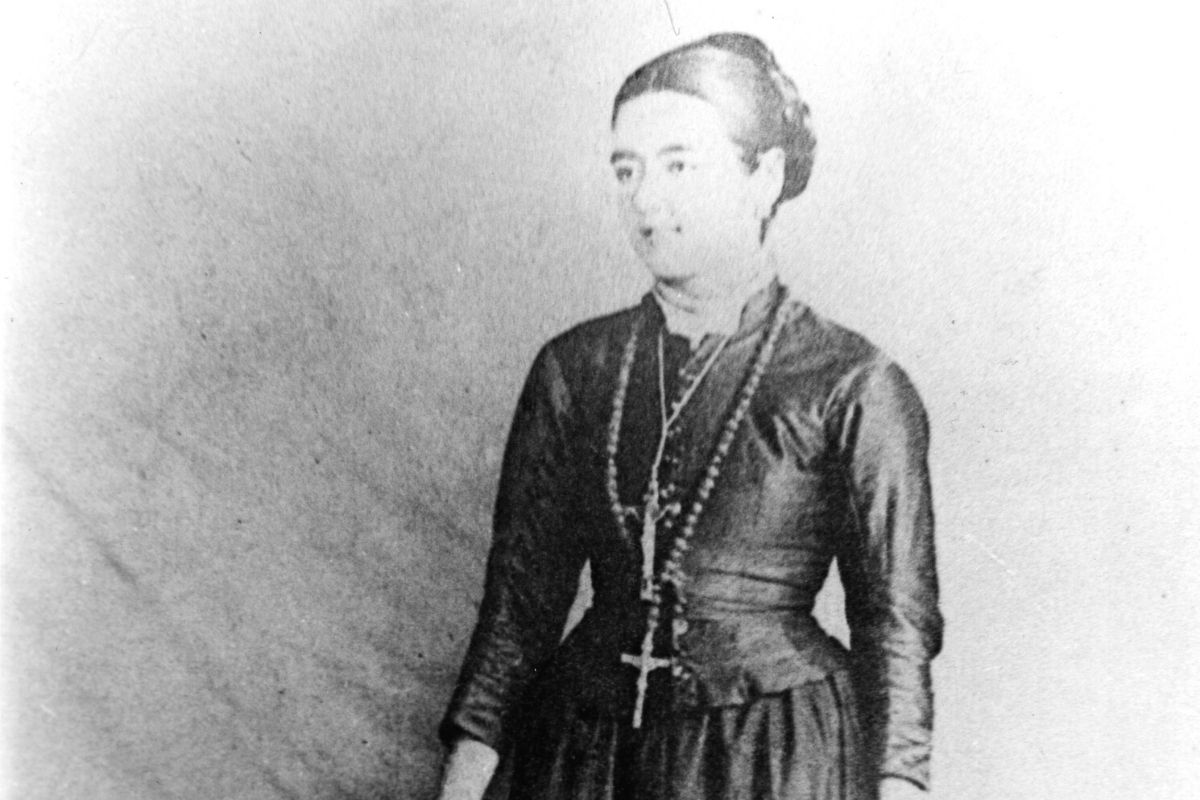 In 1892, the Mexican dictator Porfirio Díaz exiled Teresa Urrea from Mexico. He called her the most dangerous girl in Mexico. She was only 19 years old.

Teresa Urrea was a “curandera,” or a healer, a feminist, and a revolutionary. She was born in 1873 in Sinaloa, Mexico. Her mother was Cayetana Chávez, a part-Tehueco Indigenous woman, who worked in the ranch of Don Tomás Urrea, a rich hacendado, and Teresa’s father. Cayetana Chávez was only 14 years old when she gave birth to Teresa.

Teresa grew up with her mother in separate quarters from her father’s hacienda, but when Teresa was 15 years old, her mother disappeared. She moved into her father’s ranch in Cabora in the state of Sonora. She became an apprentice to Huila, a Yaqui curandera. Teresa learned how to heal using plants and herbs.

When Teresa was 16 years old, she fell into a coma. Her family thought she was dead and built a coffin for her. Then, during the wake, Teresa woke up. She predicted that someone would die in three days. Three days later, Huila died. After this coma, Teresa fell into a trance that lasted more than three months. In an article with the San Francisco Examiner, Teresa said she didn’t remember anything that happened during this trance: “They tell me, those who saw me, that I could move about but that they had to feed me; that I talked strange things about God and religion.”

When Teresa regained consciousness, she had a miraculous power: she could heal people through touch. People began to visit her ranch to be cured. They believed she was a saint. They called her La Santa Teresa, La Santa de Cabora.

Teresa said the mediation of the Catholic church was not necessary to cure. The Catholic clergy denounced her as a heretic, an evil worker, and threatened to excommunicate any person who sought her help.

Teresa also spoke about the injustices experienced by the Indigenous people of the region—the Yaqui and Mayo Indians. After a rebellion broke out in a small town in the state of Chihuahua called Tomóchic, with the rebels shouting “Viva La Santa de Cabora!,” Teresa was exiled from Mexico by Porfirio Díaz when she was only 19 years old.

Throughout her life, Teresa’s vision of love and equality for everyone inspired rebellions against the dictatorship and oppression of Porfirio Díaz. She actively spoke out against the Porfiriato and co-authored a manifesto that called for the emancipation of women, the abolishment of the death penalty and accused Porfirio Díaz’s regime of killing Yaqui children.

In this episode of Latino USA, we follow the life of Teresa Urrea and remember the legacy of this revolutionary woman decades ahead of her time. We speak to David Romo, a historian who specializes in the U.S.-Mexico borderlands, and Dr. Yolanda Leyva, a history professor at the University of Texas at El Paso. They formed Museo Urbano, a local museum that honored the legacy of Segundo Barrio, a historical neighborhood in El Paso, TX, where Teresa lived. The museum included an exhibition dedicated to Teresita.

2 thoughts on “Teresa Urrea: The Mexican Joan Of Arc”