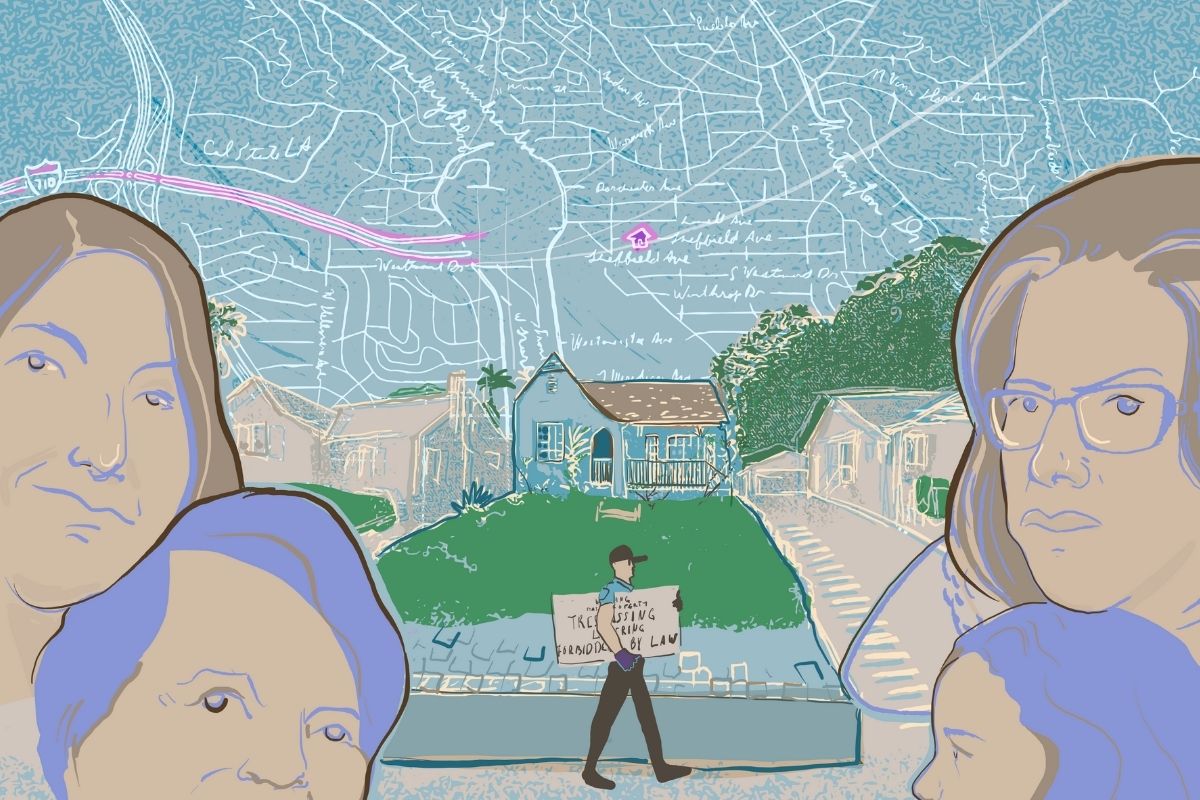 On March 14th, 2020, just as the Governor of California issued a state-wide mandate for residents to shelter in place, Martha Escudero and her two daughters became the first of twelve families to occupy one of over a hundred vacant homes in El Sereno, Los Angeles. Some people call them squatters, but they call themselves the Reclaimers. They are a group of unhoused community members who are urging the government to invest in public housing by taking over uninhabited, state-owned properties. The houses that Martha and the other Reclaimers are occupying belong to the California Department of Transportation, better known as Caltrans. In the 1950s and 1960s, Caltrans bought the house that Martha occupied, and hundreds of other houses, in order to demolish them and build the 710 freeway.

Historically in Los Angeles and all over the country, freeway construction has disproportionately impacted communities of color. While freeways allowed the sprawling suburbs of Los Angeles to grow, entire neighborhoods were demolished in order to construct these roads, and it was usually Black and Brown neighborhoods that paid the price.

Although Caltrans purchased the homes in El Sereno in order to build a freeway, construction of the 710 was put on hold in 1965 due to community backlash. As the fight to build the freeway turned into a decades-long legal battle, Caltrans began to rent these empty homes to mostly low-income, Mexican-American, and immigrant families.

For Michele Chavez, who moved into a Caltrans home as a teenager in 1986, the single-family Caltrans house was a dream come true. After growing up in a tiny one-bedroom apartment with her parents and her brother, Michele could not believe that she finally had her own room, a washer and dryer, and a backyard. But within months, Michele found out the hard truth of her neighborhood. Caltrans was still fighting to turn their picturesque street into a freeway, threatening to displace hundreds of residents including her own family.

Emboldened, Michele joined other community members in protesting against the expansion of the 710 freeway. But fighting the freeway construction was only the beginning of this family’s fight to stay in their home. In 2012, Michelle’s family received a notice stating that they needed to reapply for the affordable housing program they had depended on for decades. If they didn’t qualify, Caltrans would begin raising their rent by 10% every 6 months. Once again, Michele’s family faced the prospect of losing the home they had grown to love.

Michele and her family weren’t the only ones dealing with Caltrans’s dysfunctional housing program. Tenants in El Sereno were leaving in droves as Caltrans mismanaged the affordable rent applications and increased rents. Once those tenants left or were evicted, Caltrans preferred to keep the houses empty, saying the cost to maintain the homes exceeded the revenue they collected from rent. By 2019, there were 163 empty Caltrans homes. If you walk down Michelle’s neighborhood today, you will see dozens of boarded-up houses with signs that read “Warning: State Property. Trespassing, loitering, forbidden by law.”

In this episode, Latino USA follows the residents of El Sereno in their decades of struggle and the movement they created to reclaim these vacant homes.

This episode originally aired in November of 2020.