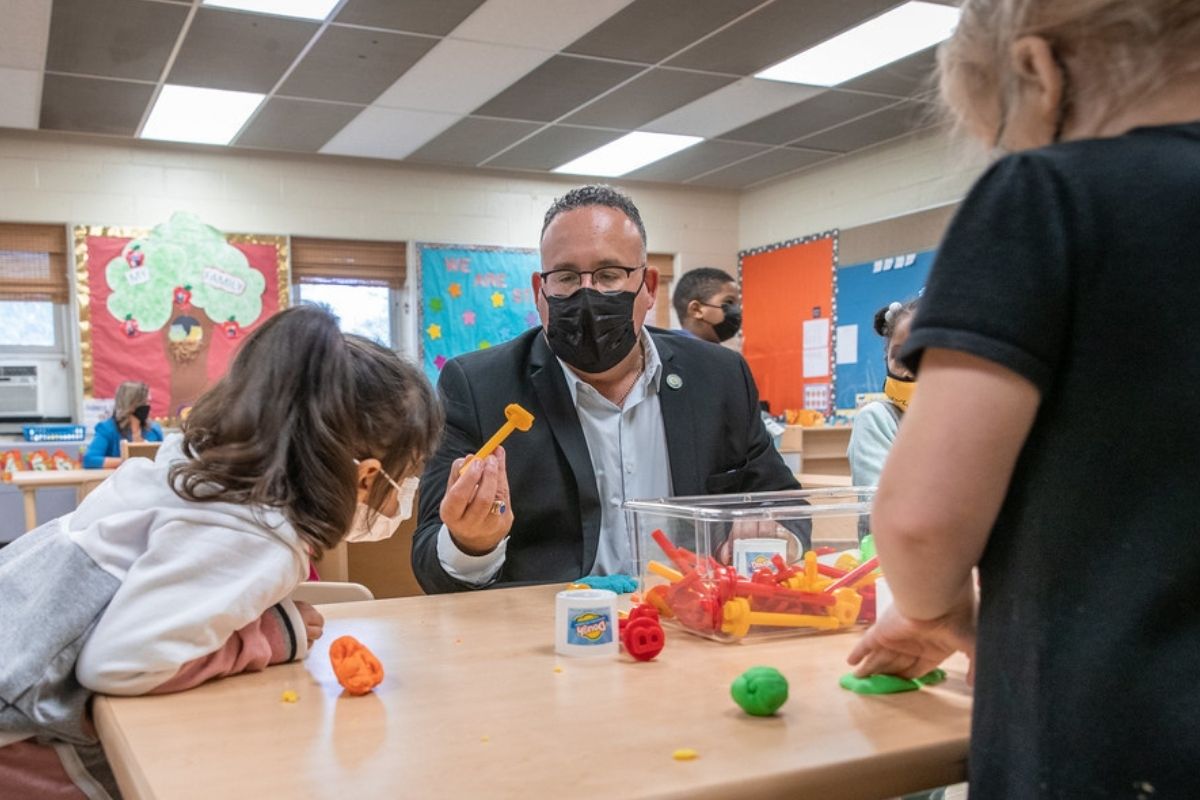 Secretary Miguel Cardona grew up in a Puerto Rican household in Meriden, Connecticut; Spanish was his first language. On his first day of kindergarten, he couldn’t speak any English. It was overwhelming, to say the least, and he wanted to go back home. His mother had to pick him up. But, of course, his time inside schools didn’t end there. He returned, loved it, and eventually became the first person in his family to attend college; he majored in Education. He started teaching fourth grade in the same middle school he attended as a child in Meriden. To this day, being around kids brings him some of his greatest joys.

After undergrad school, Secretary Cardona earned a Master’s in Bilingual and Bicultural Education, and then a Ph.D. with a thesis that focused on closing the achievement gaps of students just like him: English language learners. After being in the classroom for a few years, he became a principal, then Assistant Superintendent for Teaching and Learning, and in 2019, was appointed Commissioner of Education of Connecticut.

Finally, he was called to serve in President Biden’s cabinet. He was sworn in as Secretary of Education in March of 2021—more than a year into a pandemic that has widened gaps in an already very unequal school system. But Secretary Cardona seems undaunted by the task ahead. He is convinced that his experience in education inside and outside the classroom, as well as his bilingual and bicultural upbringing, has prepared him for his role as Secretary of Education. He sees now as the time to elevate what public education means in the country.

A few weeks ago, Maria Hinojosa and Secretary Cardona met at the Brooklyn Campus of Long Island University. They talked about growing up in a Puerto Rican home in Connecticut, the return to school amidst the pandemic, bilingualism, and more.

One thought on “The English Learner Who Became Secretary of Education”