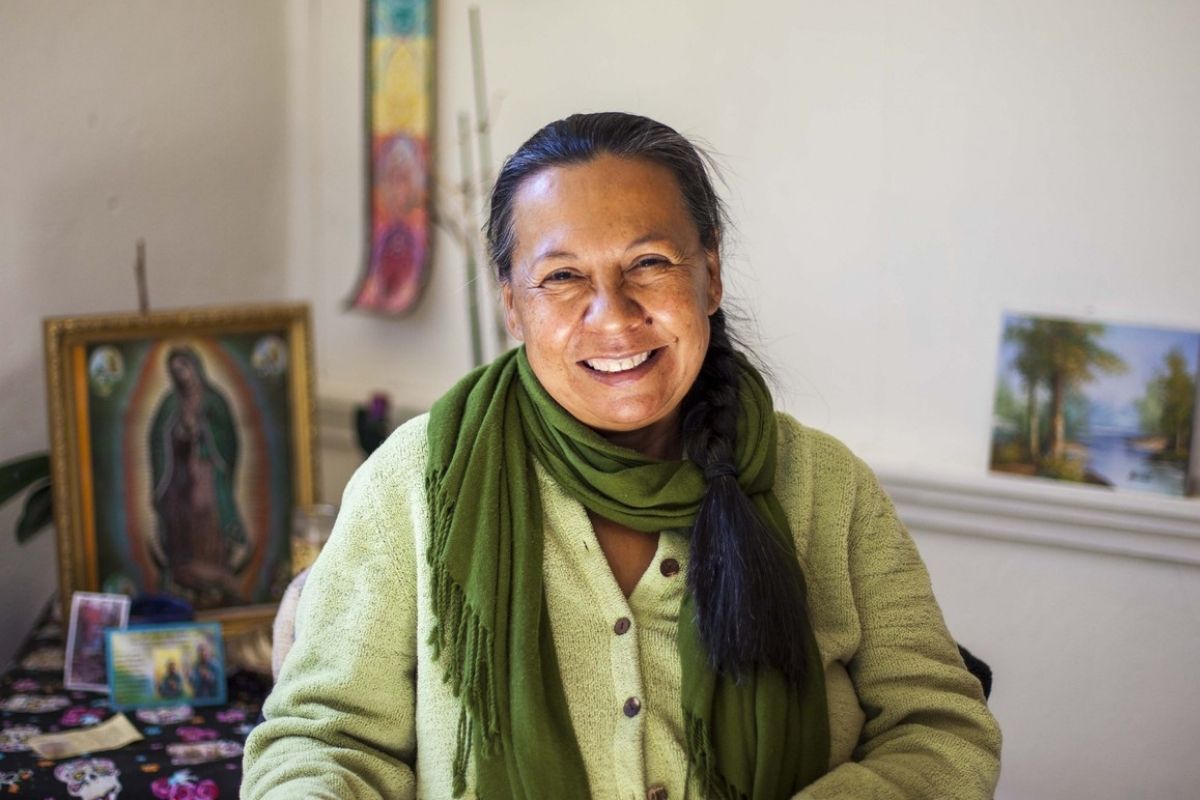 Lupe Salazar is a 56-year-old grandmother raising two granddaughters in Chimayó, New Mexico. It’s an area considered holy land by some, yet for years, this region has been one of the country’s epicenters of opioid overdoses and deaths—long before it became a nationwide crisis.

Lupe’s son, Fernando, started using heroin in jail when he was only 18 years old after he was arrested for driving while intoxicated. It was his first interaction with the criminal justice system. He stayed in jail pre-trial for lack of money to pay bail—and it would end up changing the course of not just his life, but that of Lupe and their entire family.

Before the opioid epidemic entered national conscience, as far back as 20 years ago, Northern New Mexico was making a place for itself as one of the heroin capitals of the U.S. Though better known across the southwest for its red chiles and centuries-old church, the Santuario de Chimayó, the Española Valley, where Chimayó is situated, is known to residents for being rural, lacking well-paying jobs and suffering the effects of decades —even centuries— of colonial occupation and dispossession. The rate of drug use and drug overdose is high. In 2019, the local rate of overdose deaths was nearly 4 times the national rate, and despite a growing number of options for treatment, it still doesn’t meet the need.

So, while the toll of opioid abuse on suburban and rural America has drawn a spotlight in recent years, by Lupe’s estimate, many grandparents in the Española Valley have been raising the children of daughters and sons struggling with drug addiction for nearly three generations.

After trying with little success to get her son treatment for his opioid use, keep him alive and disrupt the cycle of trauma, drug use, and criminal involvement within her family, Lupe reached a breaking point.

The systems in place weren’t serving her family and if there was a better way, Lupe was going to dedicate herself to finding it. So at age 40, she went back to college to get a bachelor’s degree and equip herself to better understand addiction and trauma, bring what she’d learned to her community, and help break the cycle that’s gripped much of Northern New Mexico for generations.

Lupe founded Barrios Unidos, a community center dedicated to addressing the many ways opioid use has impacted families like hers. It does this by organizing support groups for other grandparents who are raising young grandchildren, offering material support like groceries, diapers, wound care supplies, clothing, and meals to families and homeless individuals living on the street, and offering alternative therapeutic services like acupressure therapy, bodywork, rock polishing, and sweat lodge ceremonies.

The goal of this unconventional constellation of programs and services? Not to replace medically-directed treatment for substance abuse, but to augment it in ways that help this tight-knit community heal together, combat the stigma of addiction and overdose, and heal intergenerational trauma in an effort to disrupt the pattern of drug use for her grandchildren’s generation and beyond.

In this episode of Latino USA, we follow one woman’s mission to help heal a community fractured by generations of opioid use and overdose, dismantle the stigma shrouding addiction and treatment, and reintegrate them with traditional and Indigenous healing practices that had disappeared from her community—all while trying to address her son’s ongoing opioid use and keep him alive.

One thought on “Healing Chimayó”