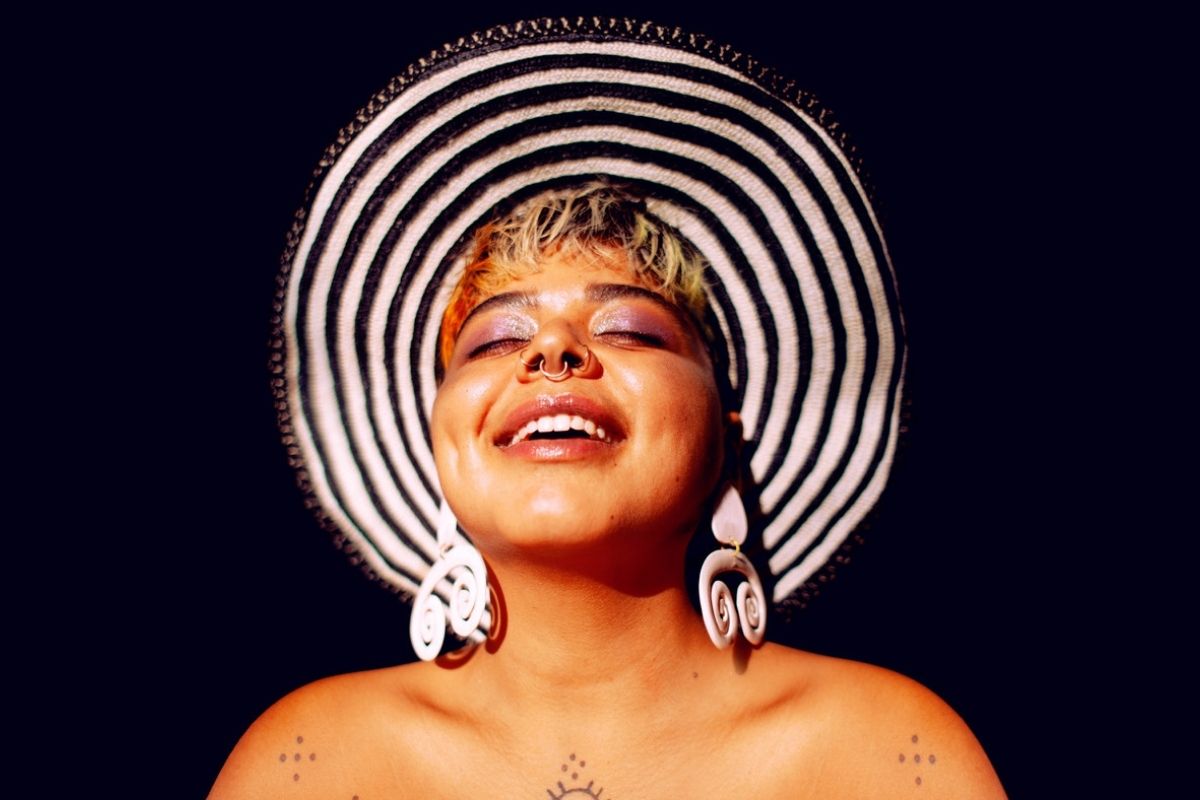 Seeing STEFA* perform live feels like walking through a portal into somewhere that is both past and future. Vocalist and composer Stefa Marin Alarcon, also known as STEFA*, creates lush harmonies and soundscapes that invite listeners to meditate on the music’s message, whether they are singing about their ancestors or about falling in love under capitalism.

Born in Queens, New York, and raised by Colombian immigrant parents, STEFA* began singing as early as elementary school. After studying classical music for 20 years, they eventually found themselves longing to branch out beyond their classical training. After their schooling, STEFA* decided to consciously unlearn the expectations inherited from these institutions, earning to use their voice in different ways and even trying out new mediums like performance and video.

In 2018, STEFA* released their debut EP, “Sepalina.” It was inspired by finding out that their grandmother was Embera, an Indigenous people from Colombia and Panama. “Sepalina” tells the story of an Indigenous alien who washes up on a shore in the present, stripped of her memories and her language.

In their upcoming project, “Born With An Extra Rib,” Stefa challenges the story of Adam and Eve. The album also accompanied by a multimedia performance film and a theater piece follows Stefa’s journey in creating their own origin story as a non-binary, Indigenous person trying to find home in their body.

On this “How I Made It” segment, Stefa talks about their background in music and theater, exploring their own identity through creative practice, and finding ritual in their art.

You can listen to their latest single “Costillas” and the rest of their music on all streaming platforms and follow them on social media at stefalives.