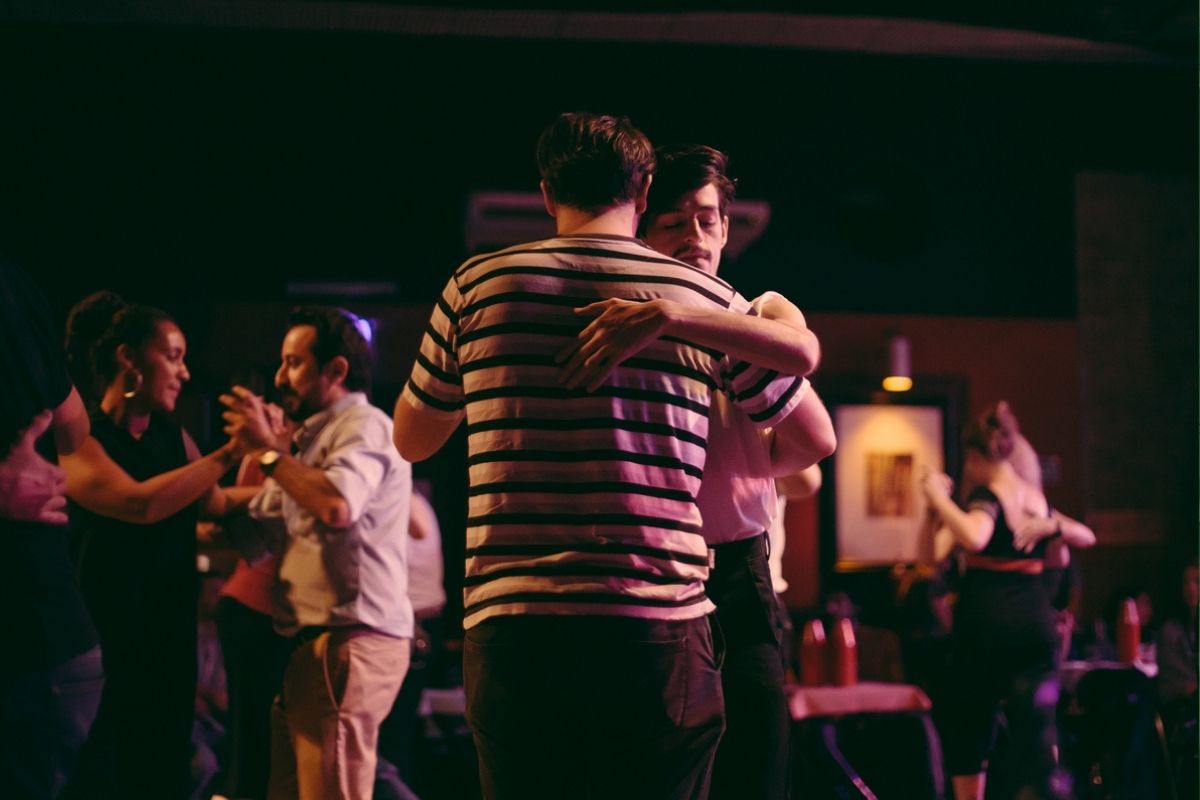 While tango is usually pictured as a dance between a white man in an elegant black suit and a white woman in high heels and a tight red dress, the reality of tango goes much deeper. Born in the brothels and dance halls of Buenos Aires’ lower caste, this music and dance are actually rooted in Argentina’s African and queer subcultures.

Before it became the defining music of Argentina, tango was actually condemned by elites, and the Catholic church, which saw it as obscene and transgressive. The dance’s reign was also threatened by the worldwide phenomenon of rock n’ roll, which influenced a new generation across the globe that rejected everything that seemed old and antiquated. For Argentine youth, tango fell into this category. Finally, tango was all but buried by Argentina’s last military dictatorship (1976-1983), which carried human rights atrocities, and also halted the evolution of art and culture through strict curfews and extreme censorship.

When tango began its revival in the 1980s and 90s, a new era of tango artists began challenging rigid norms established in the early half of the 20th century. Breaking from traditional gender roles —a man leading, a woman following— and shining a light on the Black history of tango, these artists aimed to invoke tango’s past to make way for a more inclusive future.

In this episode, we’ll travel to Argentina and meet three women, Yuyu Herrera, Shirlene Oliveira, and Mariana Docampo who will help us to understand the controversial roots of tango and tell us how each is creating tango spaces for the blind, Black and queer populations of Argentina.

One thought on “Tango Resiste”