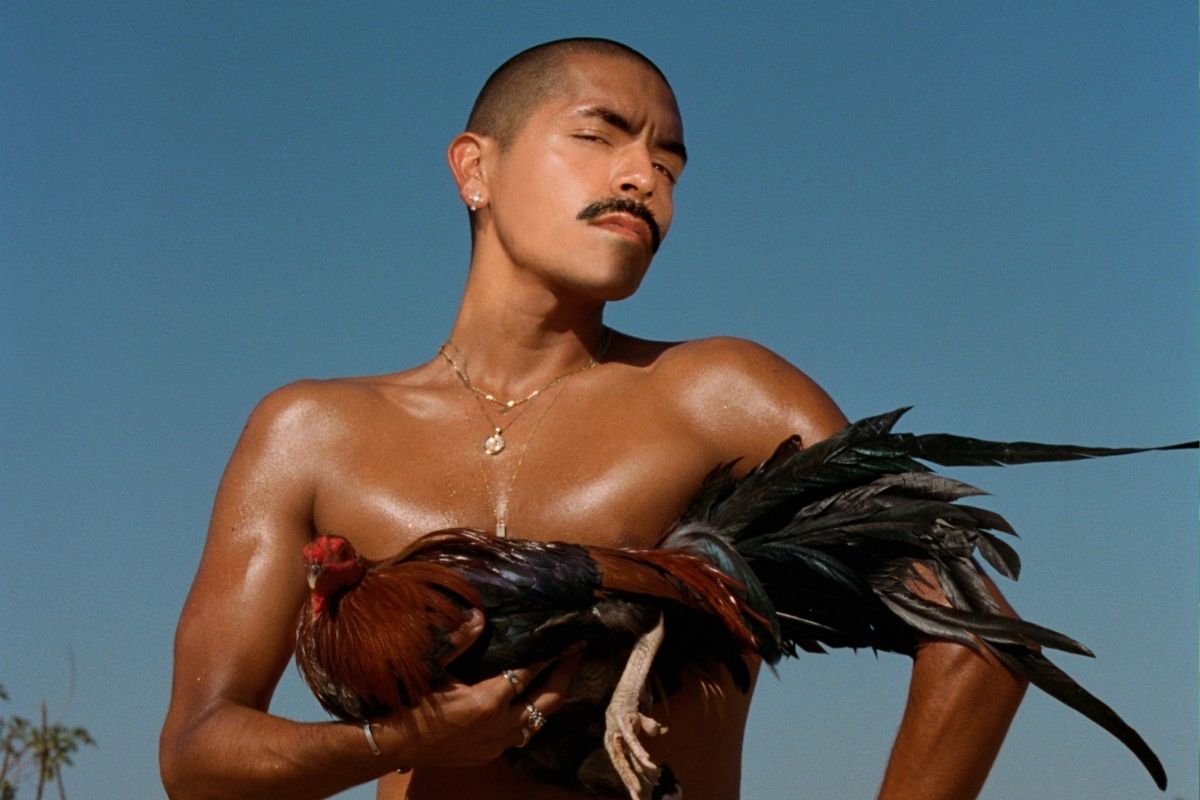 When Tyra Banks taught us all to smize, a young José Hernandez was taking notes. Years later, José would pose for the camera himself as an up-and-coming queer Chicano model who embraces his roots in his work.

José began his modeling career on Instagram, when a photo of him holding a rooster went viral in 2018. The photo showcased his signature aesthetic, influenced by Mexican rancheros, 90s L.A. street style, and his own upbringing. Having grown up in Huntington Park, California, José pays homage to his community with his beauty and fashion choices. With a tight fade, luscious mustache, and cowboy boots, his look is instantly recognizable as Queer Chicano Chic.

Like other marginalized creatives, Instagram became a platform for José to create a space of his own. Harnessing the power of social media, José has been booked and busy ever since blowing up online. He’s modeled for NYX Cosmetics, Facebook, Grindr, Latina.com, and he’s walked the runways at New York and L.A. Fashion Week.

While the fashion and modeling industries have never been shy about their preferences for thin, tall, white cis-women, José is shattering those preconceptions in his modeling. He’s part of a larger push to diversify the fashion industry, a movement that spans decades. Since the 1960s, Black designers, models, and cultural tastemakers have challenged white stream aesthetic hegemony with the insistence that Black is Beautiful. Famed streetwear designer Virgil Abloh founded his label Off-White in 2012 and became Louis Vuitton’s artistic director in 2018. He died suddenly in late November, but his impact as a revolutionary Black luxury fashion designer lives on.

José’s own vision for the future of fashion and beauty means showcasing queerness and Latinx people across the board. In this episode of Latino USA’s “How I Made It” series, José talks about pushing the boundaries of who and what is considered beautiful in the mainstream. He asks what the fashion industry is really doing for the culture, and spills his modeling secrets of selling the fantasy in front of the camera.

Liked the music on this week’s episode? Here’s the show’s Spotify playlist:

One thought on “Selling the Fantasy With José Hernandez”