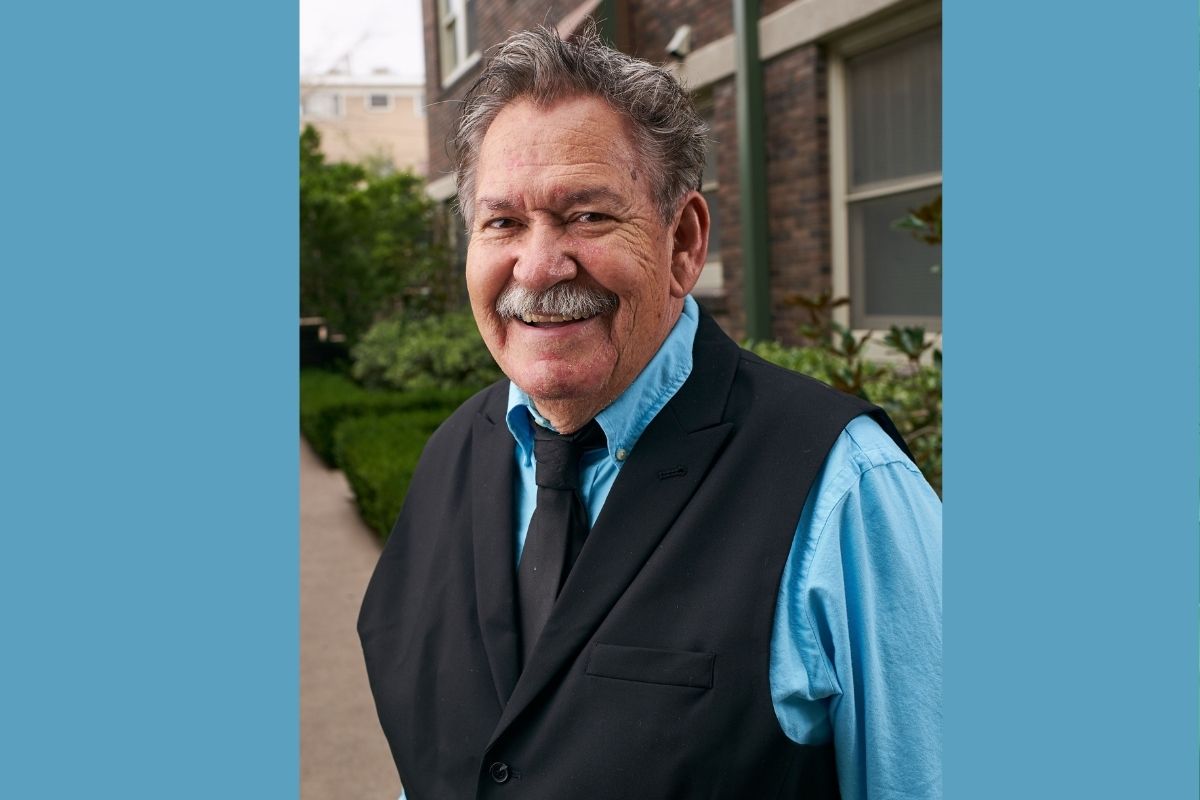 Two boys, Mexican-American, 1987, El Paso, Texas… and they fall in love. That’s the pitch behind Benjamin Alire Sáenz’s bestselling young adult novel, “Aristotle and Dante Discover the Secrets of the Universe.” Nearly a decade later, Benjamin would release the book’s sequel, “Aristotle and Dante Dive into the Waters of the World,” to wide acclaim.

Benjamin was born to a Mexican-American family near the border and raised in Mesilla, New Mexico, about forty miles from El Paso. He’s been drawn to writing for as long as he can remember, crafting stories in his head to escape the small town he grew up in. The real world could sometimes be difficult. Benjamin says he often witnessed anti-Latinx discrimination and homophobia as a young child.

Before taking on writing full-time, Benjamin studied at seminaries in Colorado and Belgium to forge his path to priesthood. He was a priest for several years until leaving the order just before turning 30. From there, Benjamin returned to school for creative writing, studying at the University of Texas at El Paso, the University of Iowa, and Stanford University as a recipient of the Wallace E. Stegner Fellowship. It was there that he wrote his first poetry collection, “Calendar of Dust,” which won a 1992 American Book Award.

He would then return to Texas to teach —he would eventually become a creative writing professor at the University of Texas at El Paso— and to write. The region would inspire some of his greatest work. In 2012, now back in El Paso, he released a collection of short stories set across the border in Ciudad Juarez called “Everything Begins and Ends at the Kentucky Club.” It won the PEN/Faulkner Award for Fiction, making Benjamin the first Latino to earn the prize.

And then Aristotle and Dante came along. Benjamin’s 2012 novel “Aristotle and Dante Discover the Secrets of the Universe” won many awards, including the Stonewall Book Award and a Lambda Literary Award. But the book’s lasting popularity is largely due to young readers discovering and embracing this story over the past ten years. “Aristotle and Dante Discover the Secrets of the Universe” has been translated into 24 languages and found its way to audiences around the world, especially young, queer Latinx readers who saw themselves reflected in the pages of this book. Benjamin, a gay Latino man himself who came out just a few years before the book was published, found solace in the characters, too.

On this episode of Latino USA, Benjamin talks about his journey from the borderlands to the priesthood and back to El Paso again. He also discusses “Aristotle and Dante Discover the Secrets of the Universe,” the book that he says saved his life and became a surprise international phenomenon along the way.