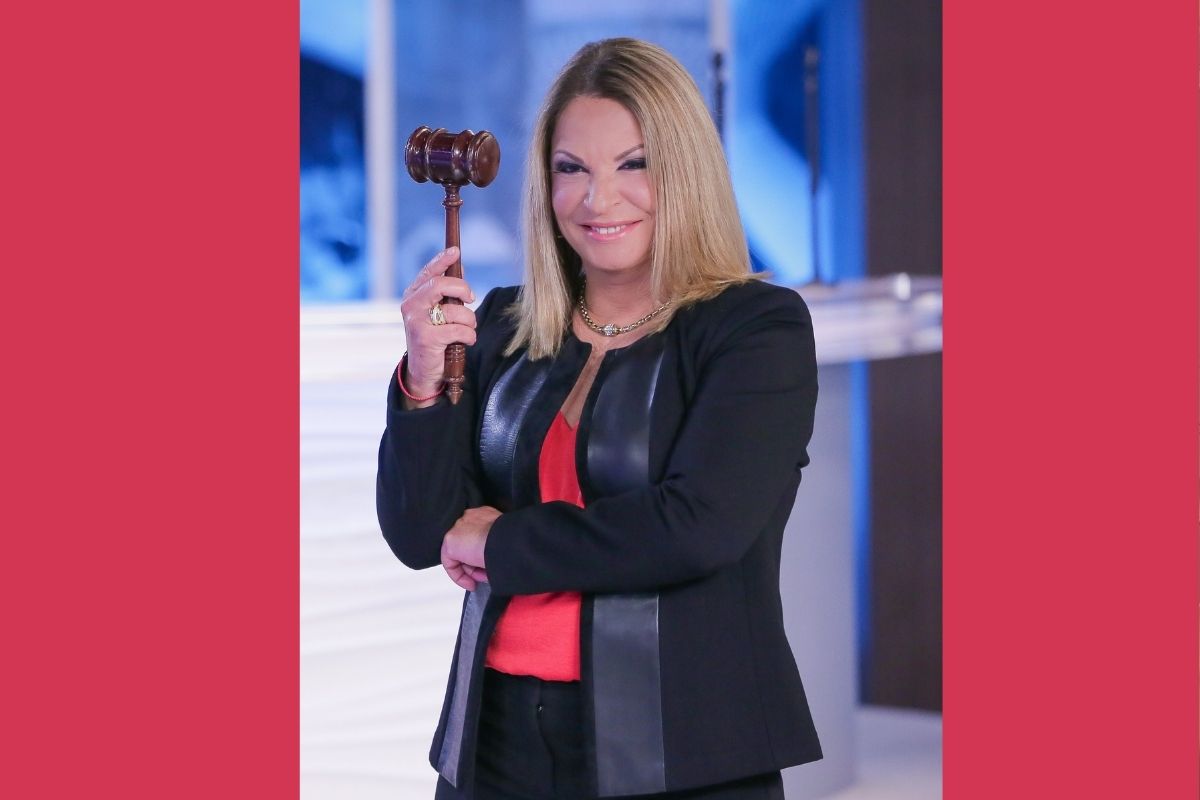 If some Latinos hear la doctora, it doesn’t evoke the image of a medical doctor. Instead, it’s that of a Cuban American attorney-turned-show-host who sings her own theme song. You know this scene: Dra. Ana María Polo sits behind an elevated desk with a fresh blazer (and blowout). She cringes, curses, sometimes she even cries. But more often, tiene tremenda pena for the litigants standing before her who share some intimacies most people would never want to be repeated, much less on one of the most-watched daytime Spanish-language TV shows. Intimacies like a woman who needs to twerk for hours to seduce her partner or a man who’s suing his wife for biting his testicles.

Not unlike her TV personality, Dra. Polo’s birth year was dramatic. She was born in Havana, Cuba in 1959, the year of the Cuban Revolution. Dra. Polo’s family decided to flee Cuba for Miami when she was two years old and then they emigrated to another Caribbean island, Puerto Rico, where Dra. Polo spent her childhood and teen years. It was there —as a Catholic school girl— that she discovered two passions that would one day converge: justice and entertainment.

Even as a young girl, she was argumentative. When her parents told her about the American Dream, she checked them, saying, “I can’t be president; I wasn’t born here.” As a teenager, she wanted to pursue a career in the performing arts, but her parents told her, “Niña, you gotta be a teacher or lawyer… Forget about music.” And she almost did—for two decades. After moving back to Miami with her family, Dra. Polo earned a bachelor’s in political science and eventually a Ph.D. in law, which means, that’s right, she really is una doctora.

Dra. Polo had been practicing family law for over 20 years in Miami when she was “discovered.” Her friend had convinced her to sing at an opening party for a new restaurant across from the Miami-Dade County courthouse. A producer from Telemundo was also at that party and in the middle of a talent search for the host of a new show called “Sala de Parejas,” or Couple’s Court, he invited Dra. Polo to audition after seeing her perform. Y bueno, ya tú sabes. “Sala de Parejas” premiered on Telemundo in 2001 and was eventually rebranded after her best-known phrase, “Caso Cerrado.” It often aired for multiple hours a day on Telemundo and was nominated for a Daytime Emmy.

With close to two decades on TV, Dra. Polo is a pop culture icon, particularly among Millennial and Gen Z Latinos and Latinas who grew up watching her. Pitbull may be Mr. 305, but Dra. Polo is the Miami girl—there is a street named after her in Hialeah, Florida, one of Miami-Dade County’s municipalities.

In this episode of Latino USA, Dra. Polo reflects on the impact of “Caso Cerrado” on Latino TV and culture and her role as a Latina entertainer. She also addresses her personal and professional paradoxes: like how “Caso Cerrado” was often dismissed as low culture, yet was hosted by a highly educated Latina, and how she’s a long time queer advocate but has kept her own sexuality private—until now. While new episodes haven’t been recorded since 2019, “Caso Cerrado” is forever. Reruns still play daily on Telemundo and the show has been memorialized through viral clips and memes on the internet.