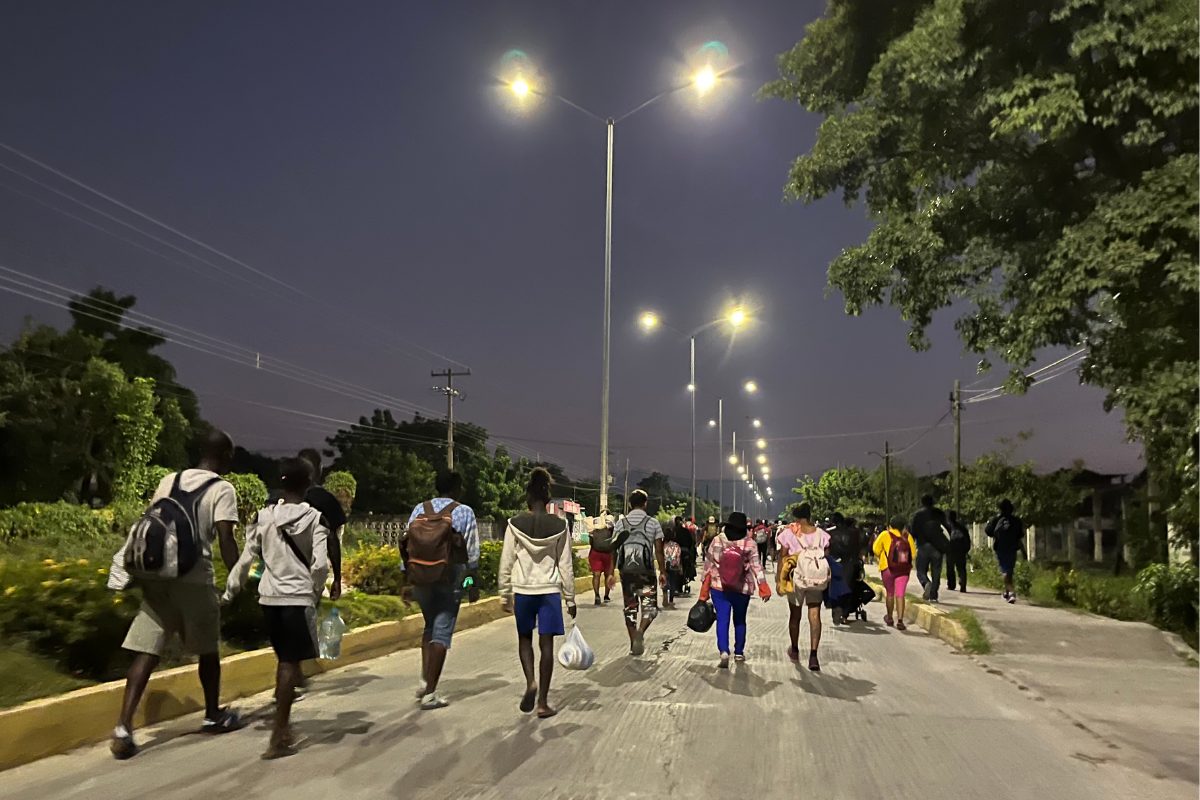 On the third installment of our award-winning series “The Moving Border,” we return to Tapachula, Mexico, nearly two years after our last episode—and the start of a worldwide pandemic.

When we last visited Mexico, we explored how then-President Donald Trump’s policies had achieved what his promises to “build a wall” hadn’t: his policies were successful in creating an at times impenetrable figurative wall blocking asylum seekers from reaching the United States. A wall that started much further south from the U.S.’ doorstep, aided in cooperation by Mexico’s own copycat immigration strategies, that sought to contain people at its own southern border, in Tapachula.

Many of the people we spoke with then hoped that a Biden presidency would bring some relief to their months, and sometimes years-long, wait at the border as they sought to present their cases.

This episode explores how things have—or have not—changed for asylum-seeking migrants in Mexico in the first year of the Biden presidency.

We travel to a small town in the state of Oaxaca where we meet up with a “caravan” of families that’s spent weeks on their feet, walking towards the U.S., banded together for safety. In the news, we hear reports that strike fear into listeners about these caravans’ intentions, but at a park where families sleep together crowded over hard sidewalks, we encounter a very different image of what compels these large groups of strangers to move as a unit.

And we witness how the make-up of the asylum seekers themselves is also shifting.

There are now more Haitian migrants arriving in Tapachula than there were two years ago, according to COMAR, The Mexican Commission For Refugee Assistance, which is tasked with processing asylum petitions in Mexico.

Last year, the majority of requests for asylum were actually filed by Haitian nationals, who became the number one petitioners for the first time ever in Mexican history.

Then, we travel further south: to the Darién Gap, at the border of Colombia and Panama. There we embark on a difficult journey to try and understand the particularly challenging conditions that Black migrants are facing on their long journey through South America as they try to reach the United States.

Listen here to the full report:

4 thoughts on “The Moving Border: Even Further South”