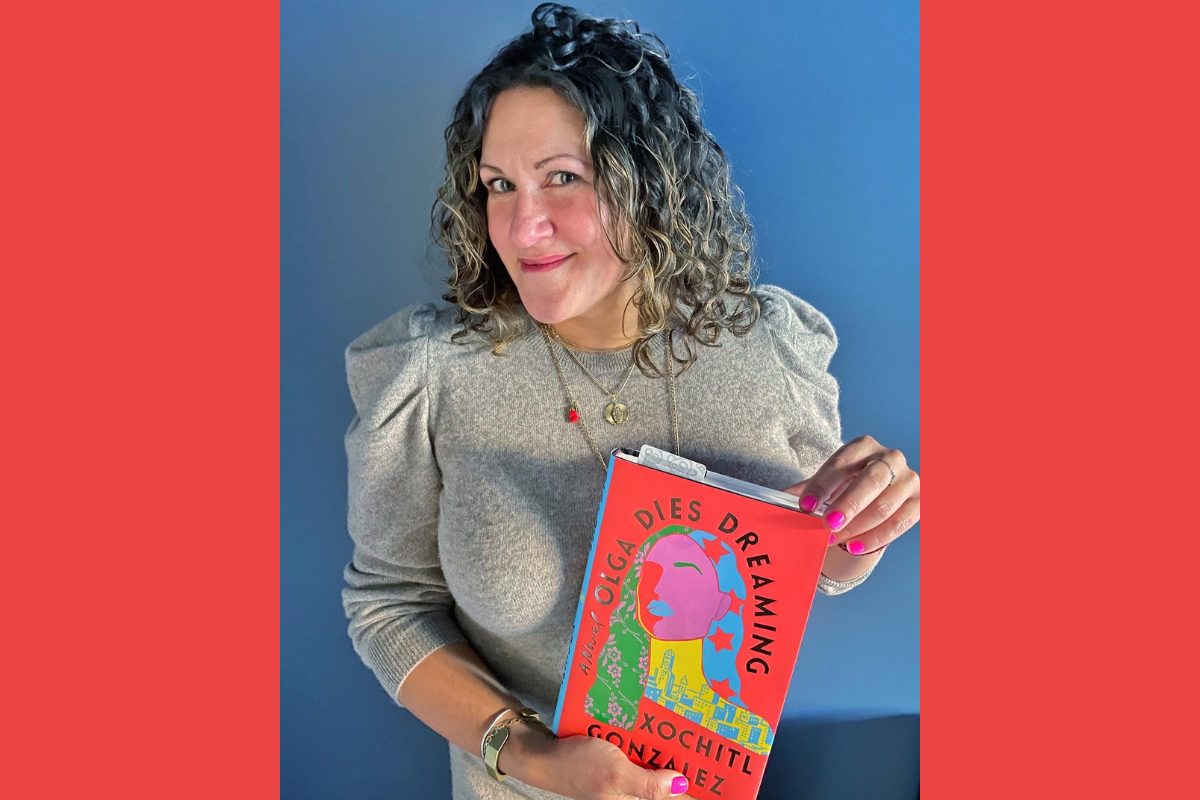 From a young age, Xochitl Gonzalez taught herself how to move between very different worlds. Her parents were absent from her life because they were militant socialist activists fighting for the independence of Puerto Rico. Instead, she was raised by her Nuyorican grandparents in Brooklyn. Xochitl eventually left her neighborhood to attend an Ivy League school in opposition to her parents’ wishes, and went on to start a wedding planning business that often catered to wealthy New Yorkers.

It was her own experience traversing spaces that inspired her to create a fictionalized world in the form of her debut novel, “Olga Dies Dreaming.”

The book delves into heavy themes like colonialism in Puerto Rico, the gentrification of Brooklyn and family abandonment — all through the tumultuous lives of a Nuyorican brother and sister with successful careers and their conflicted relationship with their revolutionary mother.

In the novel, Xochitl uses an array of characters to portray the richness of the Puerto Rican diaspora. And she also makes sure to present an accurate history of the injustices the island has had to go through.

In this episode, Xochitl discusses why she wanted her first novel to be autobiographical but also highly political, and how she decides to leave her wedding business behind to fulfill her dream of writing.