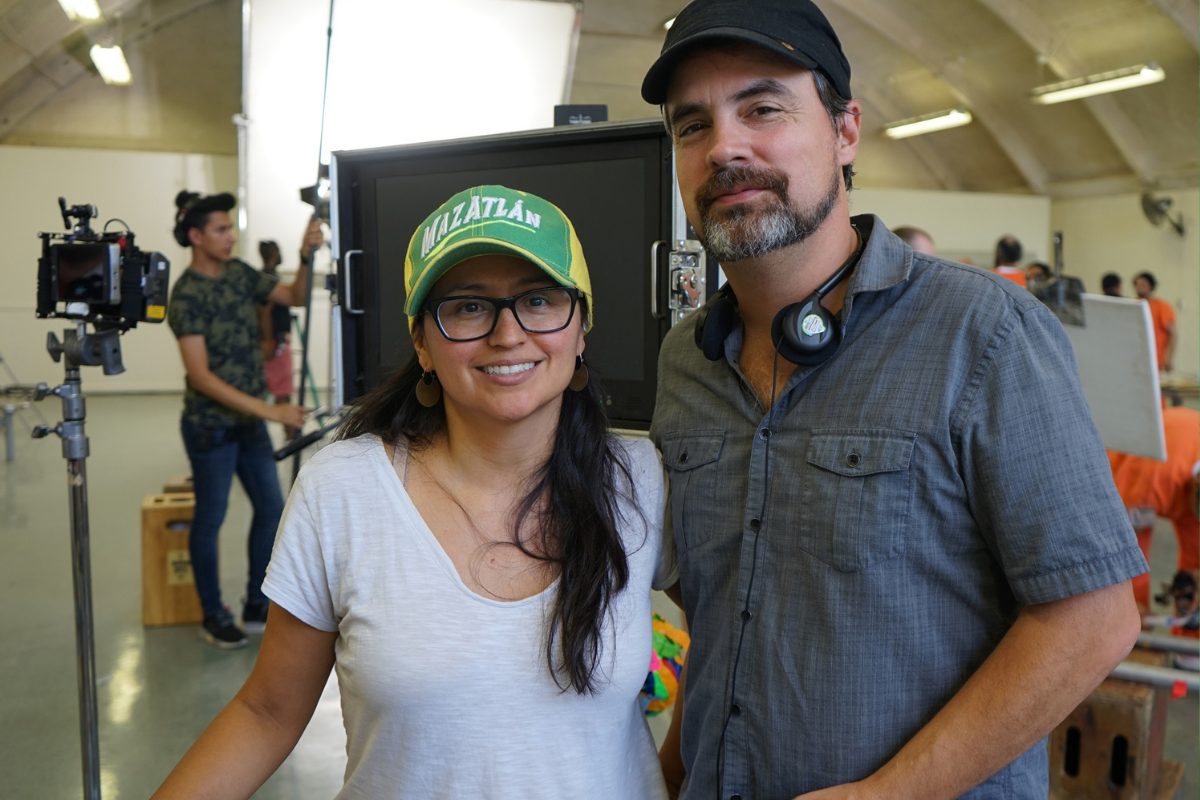 Cristina Ibarra and Alex Rivera remember it was a fraught, exciting and contentious time when they first started making films in the mid 1990s. The couple first met when they were working on a film about Pan-American Indigenous relations in Chiapas, Mexico in 1999. “If there was a genre in Hollywood of the Chicano filmmakers falling in love against the backdrop of the Zapatista uprising, this would be that film. But that genre does not exist,” Alex said.

Born and raised in El Paso, Texas, Cristina has always been fascinated by the power of film to connect us to our past. From her debut feature film “The Last Conquistador” — about a publicly-funded statue in El Paso built to honor the legacy of the Spanish colonizer Don Juan de Oñate — to her award-winning documentary “Las Marthas,” about Latina debutantes in Laredo, Cristina’s work creates striking alternative portraits of the history and complexity of life on the border.

Born and raised in New York, Alex Rivera works with both traditional documentary and narrative drama to question dominant narratives around migration, labor, and identity. In his 2008 science-fiction film, “Sleep Dealer,“ he imagines a world where the US-Mexico border has been shut, and Mexican workers transmit their labor through futuristic internet cables.

In 2019 — as Cristina and Alex prepared to have their first child — the couple decided to formally collaborate on a film for the first time. “The Infiltrators“ is a docu-thriller about a group of undocumented activists who infiltrate a detention center in order to organize detainees from the inside.

Alex and Cristina have won many awards throughout their careers, but in 2021 they made history: They became the first married couple to each receive one of the most prestigious awards for creators in the U.S., the MacArthur Genius Grant, at the same time. Although receiving this award is a great honor, Alex and Cristina also view this grant within the context of a systematic lack of support for Latinx filmmakers of their generation.

On this episode of Latino USA, Cristina and Alex reflect on each other’s work as filmmakers, and share a glimpse of their life as collaborators, partners, and parents.