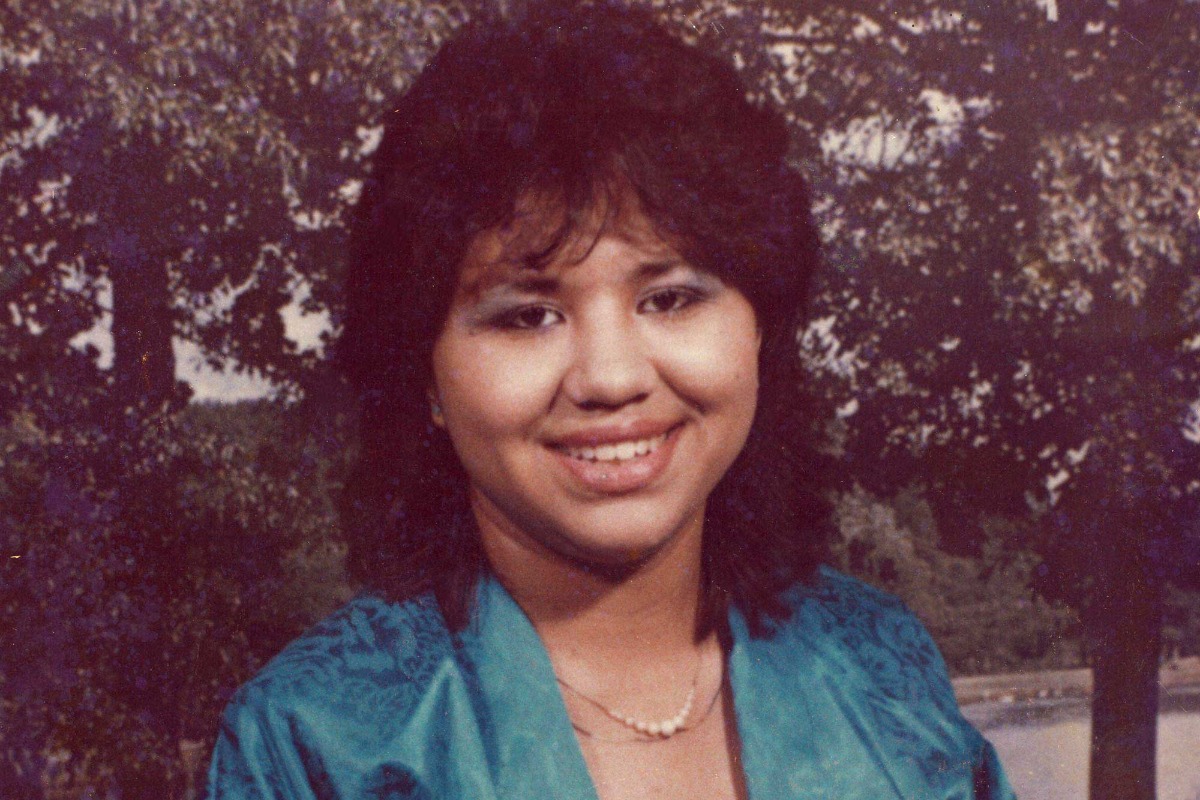 Latino USA provides an update to a story we recently did about Melissa Lucio, the first Latina on death row in Texas.

“Have you heard the news?,” Texas Republican State Representative Jeff Leach asked Melissa on a phone call to prison.

“No, what happened?,” she responds.

“The Court of Criminal Appeals issued a stay of your execution for Wednesday,” he said.

“Are you serious?,” she asks as she begins to cry.

Melissa’s family, supporters, and legal team have been fighting hard to try and save her life after she was convicted of capital murder for the death of her 2-year-old daughter, Mariah Elizabeth Alvarez in 2008. She is considered the first Latina on death row in Texas.

“She is an innocent woman,” said John Lucio, Melissa’s eldest son, at a protest outside of the Cameron County Courthouse on Feb. 11, 2022. “She is not guilty of the death of my baby sister.”

John, as well as other family members and supporters of Melissa Lucio, believes she is innocent and that she did not receive a fair trial 14 years ago. Throughout all these years, Melissa has maintained her innocence.

Melissa was also recently the focus of a deep-dive investigative documentary, The State of Texas v. Melissa, that looked into questions some still have surrounding her trial.

“I really did not know much about her case, apart from the fact that, you know, she was there because she supposedly had killed her daughter,” said Sabrina Van Tassel, the director of the documentary. “I met Melissa… and everything in me, like every single cell in my body, was telling me, ‘This just cannot be. I don’t believe it. There’s just much more to this story.’”

The documentary examines key elements that were used to convict Melissa, including her testimony to local law enforcement officers, which supporters argue resulted in a coerced confession. There were also interviews that were not presented during trial, such as those from eye witnesses and experts who could have testified about Melissa’s history as a victim of sexual abuse and more. The documentary also challenges the competence of Melissa’s defense. Recent articles from The Marshall Project and The Intercept also explored key aspects of Melissa’s case: her history as a survivor of abuse, and the role it played in her supposed confession, and the possibility that she was convicted for a crime that didn’t occur.

In 2019, the Fifth Circuit Court Appeals seemed to agree with Melissa’s defense and opened the door to the possibility for a new trial. It was only the second time the court had granted this appeal since 2000. However, the state of Texas appealed the ruling and the court backtracked its decision.

A few months later, an execution date was set for Melissa and she was scheduled to die by lethal injection on April 27. She would have been the first Latina to be executed by the state of Texas in 160 years. Before Melissa, Josefa “Chipita” Rodríguez was charged with murder, even though there was no evidence against her and she insisted she was innocent. She was sentenced and hanged. In 1985, over a century after her death, the Texas legislature absolved Rodríguez of the murder, and she was posthumously pardoned.

On March 22, 2022, a petition for clemency was filed on Melissa Lucio’s behalf with the Texas Board of Pardons and Paroles and Governor Greg Abbott. The clemency application presents new forensic analyses, which supports the argument that Melissa was wrongly convicted, as well as the declarations from several of the original jurors, who convicted Melissa in her trial, but now say they have “grave concerns about evidence withheld from them.” The application asked for the commutation of the death sentence to a lesser penalty or a 120-day reprieve from execution.

When Texas State Representative Leach delivered the news to Melissa, he also told her this isn’t over yet, “but we’re going to continue to work together to make sure that the right thing is done and that hopefully ultimately you’re free, that’s the goal.”

Melissa’s legal team held a press conference after the news about the court’s decision.

Tivon Schardle, one of Melissa’s lawyers, also spoke at the press conference.

“The court will go back to the trial court in Brownsville, Texas and the first thing that the court will have to do is decide whether the judge should be disqualified from the case,” he said. “After that there will be proceedings on a hearing, as Vanessa was saying, to hear the evidence of Melissa’s innocence and that court will then make a recommendation to the Court of Criminal Appeals, who will ultimately decide whether Melissa should get a new trial.”

Melissa and the family have said that they are very grateful for this news and that they will continue to fight.

You can listen to The Race to Save Melissa Lucio here where we hear from her family about how Melissa’s conviction has destroyed their lives, and we learn about their long-fought race to save her life. That story originally ran on March 25, 2022.

Featured image of Melissa Lucio courtesy of the Lucio family.