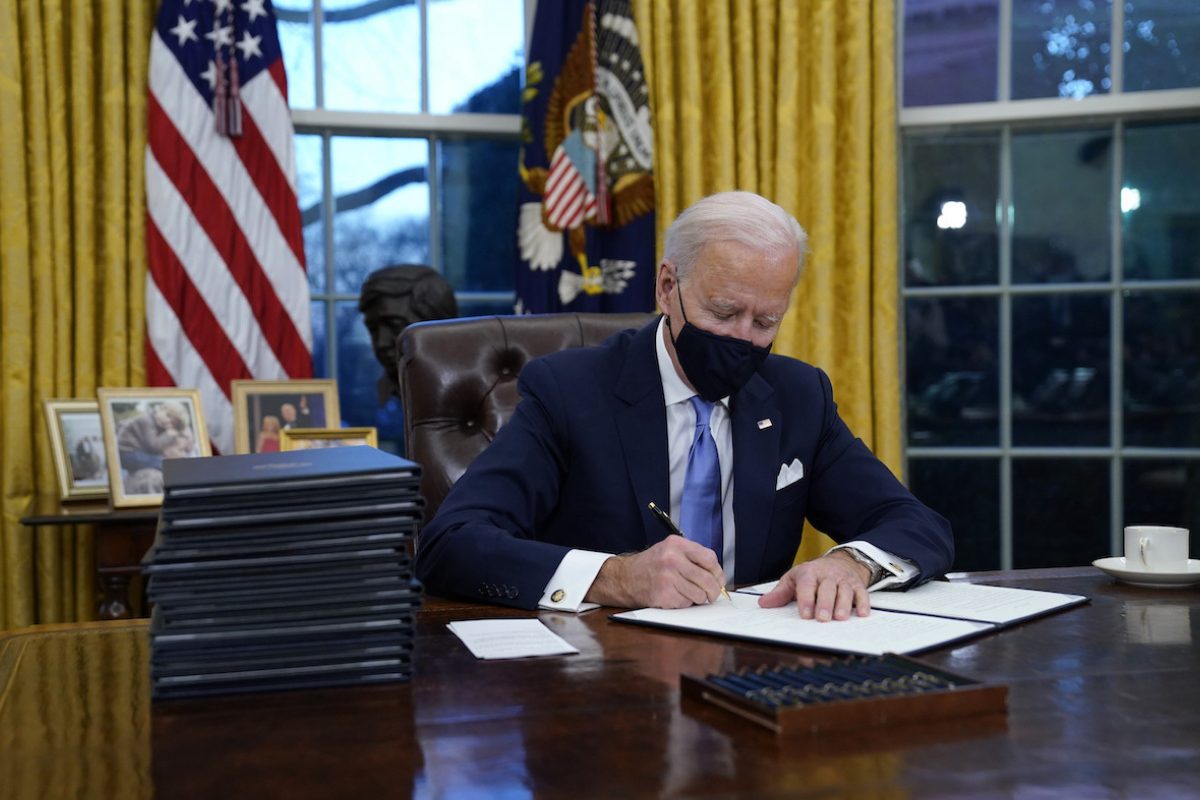 To unpack how the Biden administration has approached immigration policy and where President Biden stands on fulfilling his campaign promises, Maria is joined by In The Thick co-host Julio Ricardo Varela and CBS News immigration reporter Camilo Montoya-Galvez. As the midterms are approaching, they get into how the Democrats should move forward to reimagine immigration policies and narratives in this country.

President Biden came into office with an ambitious agenda to overhaul the inhumane immigration policies set forth by his predecessor Donald Trump. And while we have seen some achievements on the immigration front, such as stopping border wall construction and reuniting families separated under the Trump administration, some Trump-era laws have continued well into Biden’s administration—namely Title 42 and the Migrant Protection Protocols, also known as “Remain in Mexico.”

These two policies have had devastating effects on refugees and asylum seekers, as they essentially bar people from claiming their legal right to asylum. And although the administration has made attempts to roll back these policies, their efforts have been blocked or reversed by federal courts.

It’s been over 30 years since the country has seen a sweeping immigration bill, and immigration reform has been a campaign cornerstone for Democrats. However, with the 2022 midterms approaching, there has been no substantial reform, and attempts to move forward with immigration policy changes have essentially been left dead in Congress.

Throughout this roundtable discussion, Maria, Julio and Camilo also discuss key questions at this juncture in Biden’s presidency: How do we change the narrative when it comes to immigration, and what is needed for real immigration reform?

Featured image: In this January 20, 2021, file photo, President Joe Biden signs his first executive order in the Oval Office of the White House in Washington. Biden laid out an ambitious agenda for his first 100 days in office, promising swift action on everything from climate change to immigration reform to the coronavirus pandemic. (AP Photo/Evan Vucci, File)