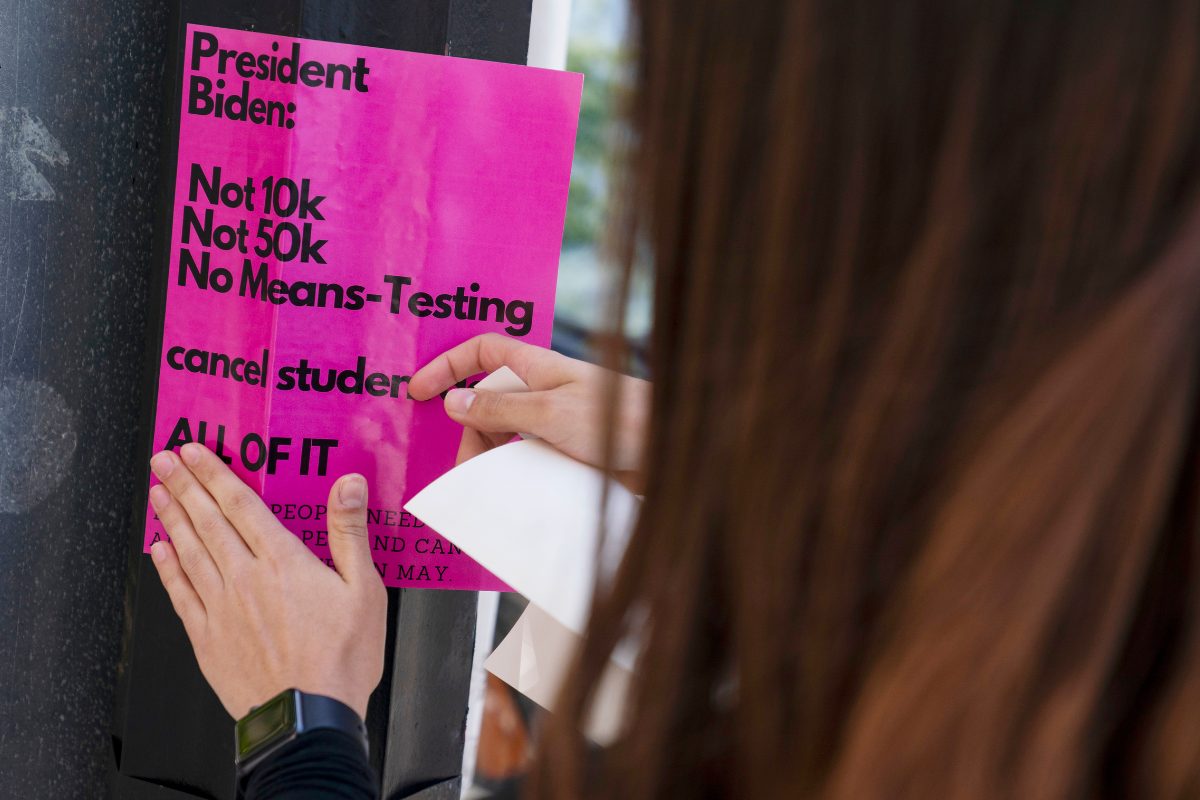 The call for the abolition of all student debt has never been louder—but how did we get to a place where this demand is possible? Latino USA dives into the history of the student loan system in the U.S, as well as the stories of Black and Latino organizers that have been at the forefront of the movement for student debt cancellation.

The history of the student loan system in the U.S goes back a couple of decades.

“We switched to student loans at the exact moment that low income people, Black and brown communities were enrolling” said Dr. Jalil Mustaffa Bishop, a professor of education at Villanova University and leading researcher in anti-racism and student loan policy.

He said that before the civil rights movement, higher education in the United States was federally funded on a grant-based system. But there was backlash from politicians who wanted to reduce government spending on social programs, just as more students of color demanded admission and representation in universities. Eventually, government funding decreased and the burden of paying for a college education shifted to students and their families.

The creation of the student loan system not only impacted students, it also created an ecosystem where private corporations could profit from this debt. One of those corporations was Corinthian Colleges Inc.—a company that operated for-profit colleges that explicitly targeted low-income students of color for their expensive programs. In 2010 Corinthian operated 105 campuses all over the country.

That same year, Nathan Hornes came across a TV ad for Everest College, a for-profit school part of the Corinthian Colleges Inc. network. Everest caught his attention because the campus was close by where he lived in Los Angeles and because the school made obtaining a college degree feel accessible. So he enrolled. And although the financial aid officer told him his tuition would be paid through grants, Nathan later learned that he owed $68,000 in student loans that the school took out without his consent.

Through sharing his experience with friends, Nathan realized he wasn’t alone. He created a Facebook group for former Everest College students and found hundreds of other students who shared his experience. Many of these students were low income, struggling to find work with their Everest College diploma and would now have to devote decades of their life to paying off thousands of dollars in debt.

As Nathan learned more about how the for-profit school giant operated, he also realized that the issue went beyond these fraudulent schools. He said the student loan system was to blame. So Nathan, with the Debt Collective, joined what some say is the nation’s first student debt strike in February of 2015. This movement challenged the student loan system and aimed to change the narrative around student loan debt.

“Many of those folks already weren’t paying their student loans because they couldn’t afford to,” said Hannah Appel, an organizer with the Debt Collective. “But they were suffering the consequences alone. So what if they all said, ‘Not only can we not pay as individuals, but we affirmatively collectively assert that we won’t pay because this debt is fraudulent.’”

In this episode, Latino USA follows the story of the historic student debt strike, looking at how their efforts have shaped current organizing to abolish student debt. We also meet students who are still organizing and ask why canceling student debt is an issue of racial economic justice.