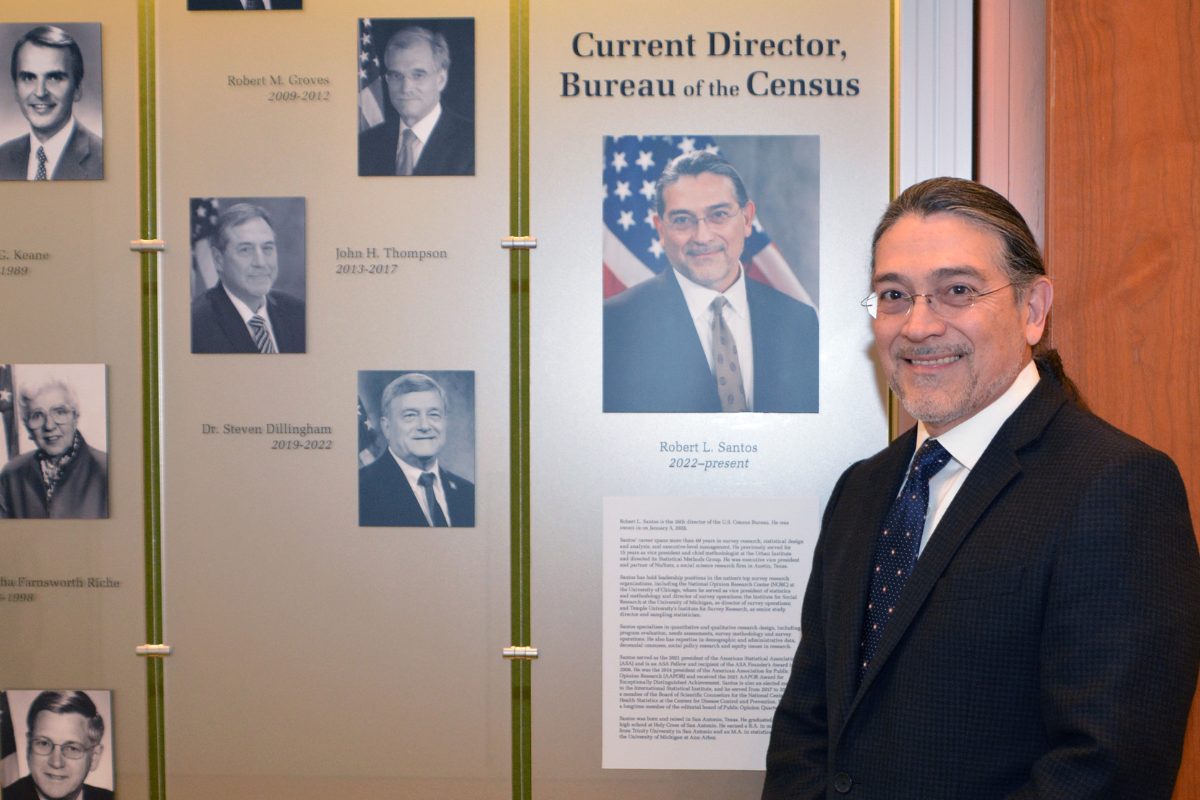 Last November, San Antonio-born Robert Santos became the first Latino to be confirmed as the Director of the U.S. Census Bureau. He was sworn in this past January.

Santos is no stranger to the federal agency. Before his nomination and confirmation, Santos warned that former President Donald Trump’s interference of the Census count would result in one of the most flawed Census counts in U.S. history. Trump wanted to add a citizenship question to the census, but after several lawsuits the citizenship question did not end up on the 2020 Census. However, the damage was already done and the trust gap in communities across the country appeared to increase.

Earlier this year, the Census Bureau announced that U.S. Latinos, Black Americans and Native Americans were undercounted and that white people and Asians were overcounted.

Census counts are important because they help determine congressional representation and how billions of federal dollars are distributed.

“There are mistrust issues that have been historical as well as more recent, and I would never have taken this job unless I thought I could help in that regard,” Santos said.

The weaponization of the census isn’t something new. It happened with the founding of the country when enslaved Black people were counted as three-fifths of a person. During World War II, census data was used to track down and imprison Japanese Americans.

Santos has also said that part of his goal as director is to restore integrity to the Census Bureau, rebuild trust among communities and hire a more diverse staff to ensure a robust and fair 2030 Census.

“I very much value diversity and I think that’s one of our strongest points as a nation,” he said. “And that’s why I take so much pride in being able to advance the measurement and the accounting and the learning about the rich diversity of our population and how it’s getting more diverse. It’s inevitable. It’s coming and we need to find better ways to leverage and embrace that.”

In this episode of Latino USA, Santos shares the census’ complicated history, his efforts to rebuild rust among communities, his love for his hometown of San Antonio and more.